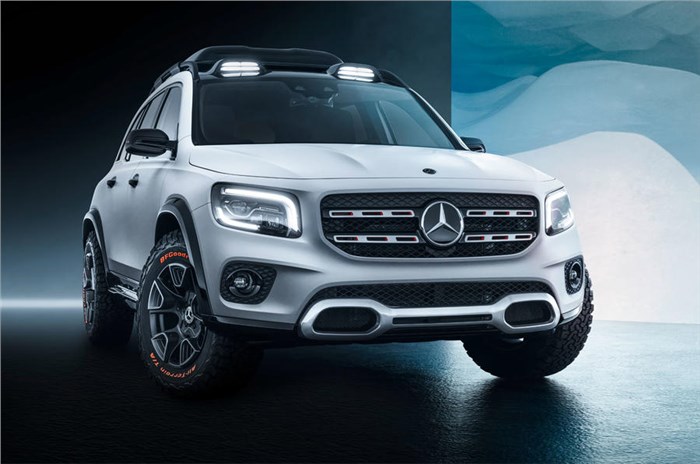 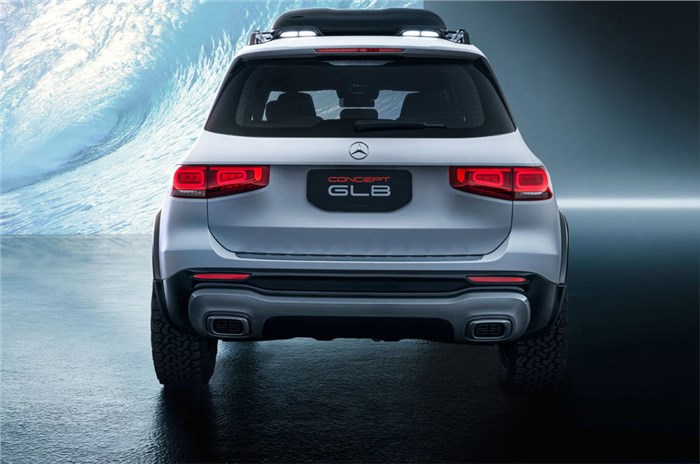 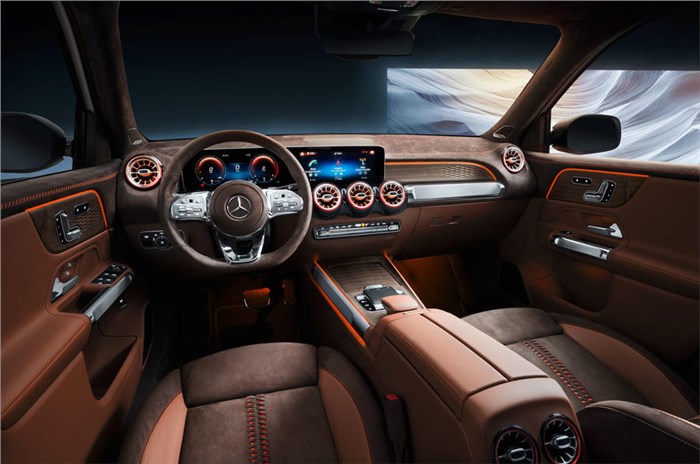 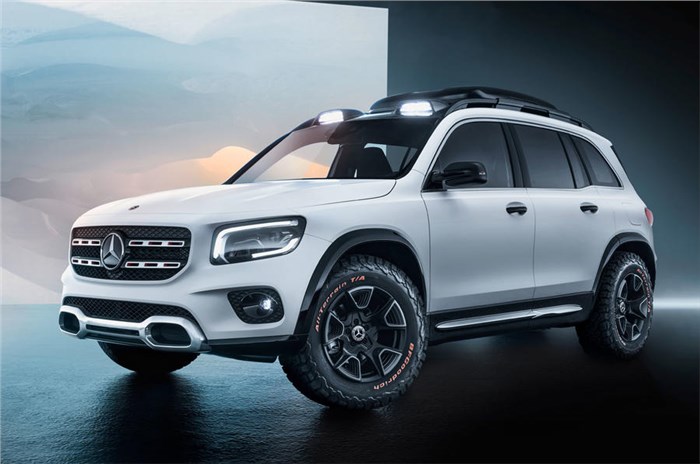 Mercedes-Benz has revealed pictures of its G-class-inspired small SUV, the Concept GLB, ahead of its Shanghai debut.

Scheduled to go into production later this year, the GLB features a boxy off-road design and variable four-wheel drive that Mercedes hopes will work in unison to give the car some G-class-style cachet. The GLB will serve as a rugged rival to the BMW X1 and Audi Q3.

The new SUV is described by Mercedes as offering class-leading levels of versatility, and it will be positioned between the upcoming second-generation GLA and the recently facelifted GLC. The GLB follows the A-class hatchback and sedan, the China-only long-wheelbase A-class sedan, the B-class, the CLA, CLA Shooting Brake and the GLA to be the eighth model that's based on the firm’s MFA architecture.

The Shanghai concept is said to provide a close preview of the production GLB, although a number of styling elements have been added to the exterior to give it a more rugged and upmarket appearance. Among the concept car flourishes are widened wheel arch cladding, reworked sills, additional lights incorporated into its glass roof and a cargo box nestled within its roof rails.

The Concept GLB has a luxurious interior swathed in a combination of nappa and nubuck leathers, walnut trim and elements milled from solid aluminium. Predictably, the production version of the new SUV will be less opulent, although the basic layout will remain unchanged.

The dashboard features the same configurable digital instruments and infotainment panel as found in the GLB’s platform-sharing relatives. It also features a uniquely styled centre console between the front seats. With the gear lever mounted on the steering column, the console accommodates a touchpad and a large bin housing a pair of cupholders.

In a move it claims will appeal to family car buyers, who may have otherwise opted for an MPV, Mercedes-Benz has developed the GLB with a five-seat layout and an optional seven-seat layout. In the concept, the second row of seats can be slid by 140mm to free up legroom for occupants in the third row. The second-row backrests also offer eight-stage inclination; they split in a 40:20:40 configuration and can be folded down to create a level load bay, with the third row sitting flush to the floor.

Hinting at the top engine planned to be offered in the standard GLB line-up, the Concept GLB receives an M264 2.0-litre, four-cylinder, turbocharged petrol engine. It develops 224hp and 350Nm and is set to power the initial range-topping GLB 250. Other engines, including diesels, will be available when sales commence and will include a more potent version of the M264 producing 306hp and 400Nm that'll power the AMG-badged GLB 35. Drive is sent through an 8-speed dual-clutch automatic gearbox and a multi-plate clutch 4Matic four-wheel-drive system featuring Standard, Eco/Comfort and Sport drive modes.

Like we’d told you earlier, the Mercedes GLB’s India launch will take place in the time to come. The GLB in our market is likely to get Mercedes’ 2.0-litre diesel engine, possibly the OM654, expected to be available in 150hp and 190hp states of tune. Mercedes-Benz could also look at bringing in a plug-in hybrid variant, the GLB 220e, which will likely have a 65-70km electric-only range. Prices in India are likely to start at Rs 40 lakh, which will see it directly take on the Volvo XC40, Audi Q3 and BMW X1.