Maruti Suzuki to have 17-car display at Auto Expo 2020

Alongside the Futuro-e SUV-coupe concept, also making a debut at Auto Expo 2020 will be the Maruti Vitara Brezza petrol, Ignis facelift and S-Cross petrol. 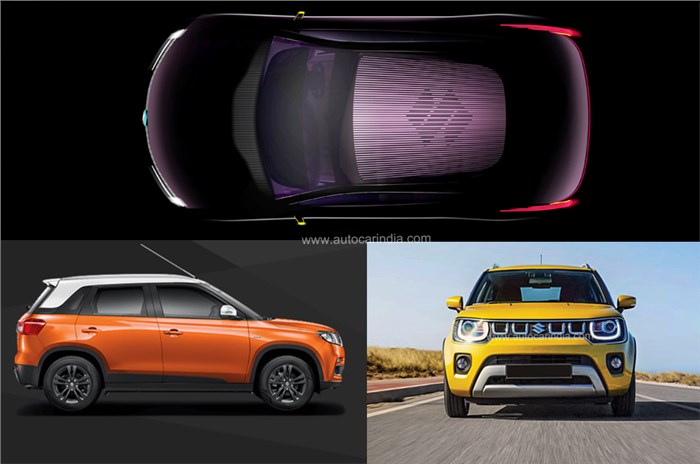 With exactly a week left before Auto Expo 2020 kicks off, Maruti Suzuki has confirmed it will showcase a total of 17 cars at its pavilion.

Along with the Maruti Futuro-e SUV-coupé concept, what will also be showcased will be the Maruti Vitara Brezza facelift, as well as the Maruti Ignis facelift. Another model that will make its debut will be the Maruti S-Cross petrol, which will be on display alongside the rest of Maruti’s all-petrol line-up, including the Japan-spec Swift Hybrid, Celerio, S-Presso, Wagon R, Swift, Dzire, Baleno, Ertiga, Ciaz S and XL6.

The keen-eyed amongst you will have noted that’s only 14 cars, and while Maruti hasn’t mentioned it in its statement, we can confirm the fourth-gen Jimny will also be part of Maruti’s Auto Expo 2020 17-strong line-up. And while there is no word on whether Maruti will put the plucky off-roader on sale in India, enthusiasts will certainly be looking forward to seeing it in the flesh for the first time.

To recap, the Futuro-e belongs to the new breed of SUV-coupés; and previews a future Hyundai Creta / Kia Seltos rival from Maruti Suzuki. But while the production version of that is still some time away, the models set to go on sale shortly after the Expo are the Vitara Brezza petrol facelift, the S-Cross petrol and the Ignis facelift. While the S-Cross is likely to only switch to the 1.5-litre K15B petrol engine (which will also power the Brezza), the Vitara Brezza and Ignis are expected to get revised styling and more features.

Which model from Maruti Suzuki’s Auto Expo 2020 line-up are you most excited about? Let us know in the comments.