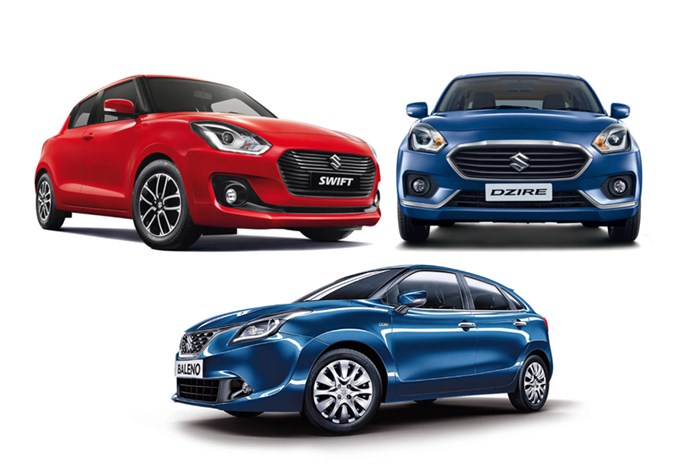 The largest carmaker in India sold 1,43,890 units in the past month, recording a 0.3 percent decline.

Like the slowing down of the country's GDP growth, Maruti Suzuki India, the bellwether of the Indian passenger vehicle market, continues to feel the pressure of slowing sales. The reduced offtake from its showrooms in the festive month of November (which included Diwali week) hint at an overall slowdown across industry.

The No 1 carmaker by sales volumes in India registered cumulative sales of 1,43,890 units, recording a de-growth of 0.3 percent against the 1,44,297 units sold in the domestic market in November 2017.

Both the new Swift and the Baleno recently notched milestones of their own. On November 27, the Swift crossed a landmark of two million sales in the domestic market – 13 years after the car’s launch in May 2005. Two days later, on November 29, Maruti Suzuki announced that the Baleno had zipped past the 5,00,000 sales milestone in India after 38 months in the market.

High fuel prices and increased insurance premiums due to five-year compulsory bundling can clearly be considered the reasons behind the slow growth of the industry in October and November, this year. According to all-India dealer body FADA, since on-ground retail was low, the well-stocked dealer yards also contributed to the low wholesale in November – certainly a matter of concern for the industry.

Sales of the premium Ciaz sedan are down 4.3 percent with 3,838 units sold (November 2017: 4,009). Maruti's UVs – S-Cross, Vitara Brezza, Gypsy and Ertiga – recorded a miniscule 1.9 percent growth by selling 23,512 units in the month (November 2017: 23,07). As Maruti launched the second-generation Ertiga later in the month, on November 21, the numbers mentioned above may not include the sales of the new model.

With the largest carmaker posting flat growth, expect the overall passenger vehicle industry to remain rather low as well. The negative sentiment caused by all the external factors might need some time for recovery – and with the calendar year almost coming to a close, only the new year (with a flurry of new models) that would bring a fresh start for the Indian market.