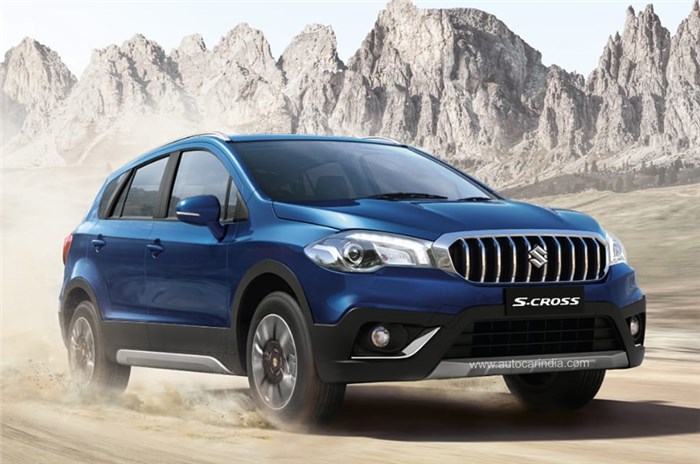 Maruti Suzuki has begun accepting bookings for the petrol-powered S-Cross. Customers can book the car at their nearest Nexa dealership or on the Nexa website, against a payment of Rs 11,000.

What’s changed with this updated S-Cross?

As we’ve reported previously, since the diesel engine was discontinued for BS6, Maruti will now offer the S-Cross solely with a petrol engine. The engine in question is the 105hp, 1.5-litre, four-cylinder unit that also does duty in the Ciaz sedan, Ertiga MPV and Vitara Brezza compact SUV. It will be paired with a 5-speed manual gearbox as standard, but for the first time in India, the S-Cross will also get an automatic gearbox option – a 4-speed torque converter.

Speaking on the occasion, Shashank Srivastava, executive director Marketing & Sales, Maruti Suzuki India Limited said, “S-Cross enjoys a special place in the NEXA portfolio as its flagship product, and has been appreciated by over 1.25 lakh customers for its premium interiors, stylish and masculine design. We are delighted to announce the commencement of bookings for the S-Cross Petrol. With our relentless innovations, we are optimistic that the S-Cross Petrol will be yet another testament for our customer’s confidence and trust.”

When is it launching?

The S-Cross petrol is set to launch on August 5, 2020. The launch was previously expected to take place this month, but it was pushed back.

The petrol S-Cross is expected to be priced lower than the now discontinued diesel model which was priced from Rs 8.81 to 11.44 lakh (ex-showroom). The petrol model is expected to be priced in the range of Rs 8.5-11.5 lakh, and while the sub-four-metre Brezza became more expensive after adopting the same petrol engine, this lower pricing is owing to the fact that the 4.2m long S-Cross doesn’t qualify for sub-4m small car tax benefits to begin with, and therefore is not affected by the use of a larger-capacity petrol engine. At this price, the S-Cross will directly rival the now petrol-only Renault Duster.