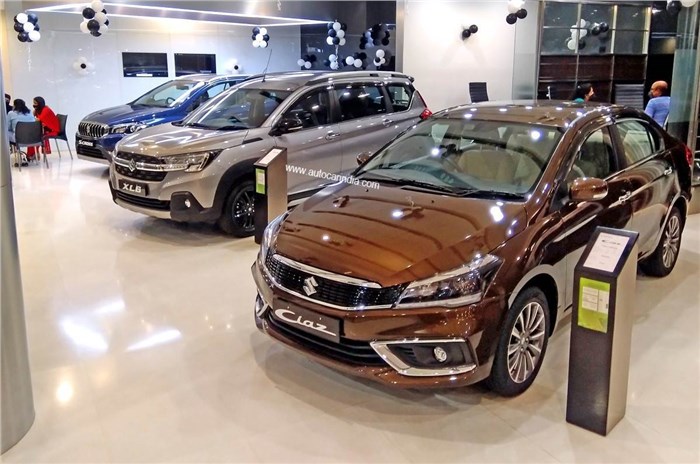 MSIL's April-June 2021 (Q1) net revenue came in at Rs 16,798.7 crore compared to Rs 3,677.5 crore revenue recorded in the same period last year. The jump seems significant on account of a lower base in the first quarter of last fiscal. Profit after tax (PAT) in Q1 stood at Rs 440.8 crore. Though this looks like a significant improvement from the net loss of Rs 249.4 crore clocked in Q1 FY2021, a closer look at the sequential results tells a better picture of its overall performance with an over 62 percent decline in profit compared to Rs 1,166.1 crore PAT clocked in Q4 FY2021.

The company says the margins were primarily impacted due to lower sales volumes and rising commodity prices, which, “are continuously being countered by taking several cost-reduction measures”, as per its statement.

However, pent-up demand in the market was a silver lining for the passenger vehicle major in Q1. The company sold 3,08,095 units between April and June 2021, registering a near-five-fold sales growth YoY. Just to remind our readers, Q1 FY2021 was a washout one, in terms of auto sales due to nationwide lockdown in the month of April. Hence, for perspective, its Q1 FY2022 results are still a notch lower than FY2019 sales of 3,63,417 units in the domestic market.

Moreover, it also mentioned in a statement that Osamu Suzuki, who retired as the chairman of the board of Suzuki Motor Corporation earlier this year in June, will continue to serve on MSIL's board and has been conferred the title of honorary chairman.

Coming to Maruti Suzuki’s products for the domestic market, the carmaker is expected to launch the new, second-gen Celerio in India in the coming months. The carmaker is also looking to update some of its models in the coming year, including major updates planned for the Baleno and the Vitara Brezza.