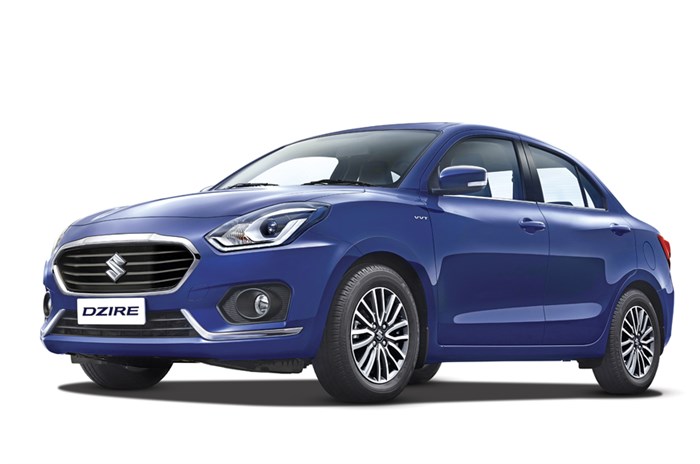 The top five selling cars in October 2017 were the Alto, Dzire, Baleno, Grand i10 and WagonR.

Maruti’s Alto has taken back its crown from its stable-mate, the Dzire compact sedan, as the top-selling PV in October 2017. The Baleno follows in third places with Hyundai’s Grand i10 and Maruti’s WagonR taking the next two spots.

At present, Maruti commands 50.12 percent of the PV market share with second place Hyundai having 16.44 percent. The rest of the manufacturers with single digit markets shares make up the remainder. Maruti has also consecutively had several models in the best selling vehicles list, dominating the chart.

Maruti has five more models in the Top 10 list including the Baleno, Wagon R, Celerio, Swift and the Vitara Brezza.

The other five Marutis in the Top 10 list are the Baleno, Wagon R, Celerio, Swift and the Vitara Brezza. The seven models together account for a total of 1,00,419 units or 74.31 percent of the carmaker’s total PV sales in October.

Maruti’s WagonR continued to be a hot-selling hatchback coming in fifth with 13,043 units sold, though the car registered a decline of 13.47 percent. After coming in tenth last month, sales of the Celerio grew 27.42 percent to 12,209 units, coming in at sixth. The AMT options on these cars have helped them gain further traction in the market.

The Swift placed seventh on the sales charts in October 2017 with 12,057 units, down 17.4 percent compared to sales a year ago. The model is due to be replaced in 2018 after Maruti brings the third-gen hatchback to India at the upcoming Auto Expo.

In eight place was Maruti’s compact SUV, the Vitara Brezza, posting sales of 11,684 units, up by 6.18 percent. The recent launch of the Tata Nexon and the Ford EcoSport facelift is expected to result in both these compact SUVs eating into the Brezza’s share.

Hyundai’s i20 was the ninth best selling model in October 2017, recording sales of 11,012 units. The i20 slipped three places compared to October last year when it sold 11,532 units.

The Korean manufacturer’s Creta SUV rounded up the top 10 list with sales of 9,248 units, an increase of 7 percent over last October’s sales of 8,670 units. The Creta is also facing more competition from recent launches like Renault’s Captur and Jeep’s Compass.

Wholesale numbers were on a corrective trend during October 2017 and we expect similar sales performance in November. Also expect sales in November 2017 to be better than last year, which saw demonetisation hindering passenger vehicle sales.