The Mahindra Y400 will sit above the XUV500 in the carmaker's India line-up; to be sold by special World of SUVs dealership section. 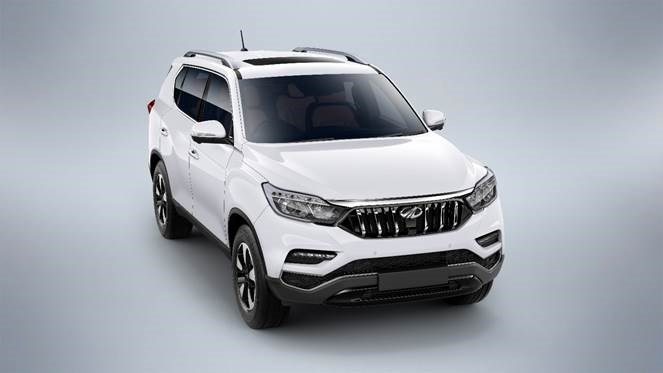 Mahindra is all set to finally introduce the Y400 SUV in the Indian market. This new SUV will replace the SsangYong Rexton in Mahindra's line-up, positioned above the XUV500. The company is yet to announce an official name for this SUV and is currently only known by its internal codename, Y400.

Mahindra has also announced that this new SUV will be sold via the new Mahindra Prime dealership section, also known as World of SUVs. This special enclosure is in the process of being readied at most Mahindra showrooms throughout the country along with numerous renovations and upgrades to the standard outlets.

The Mahindra Y400 SUV was expected to be launched earlier this month but the price announcement was delayed as according to our sources the above mentioned special dealership enclosures were not ready then.

This new SUV will come with a 2.2-litre four-cylinder diesel engine that will deliver 187hp and 420Nm of torque. The model is likely to launch only with a diesel-automatic configuration with transmission duties being taken care of by a 7-speed automatic gearbox.

A few days ago, images of the production-spec SUV's interior surfaced online confirming earlier reports of the model having premium-quality cabin bits at most places. It will also get quilted leather seats and a similar material on its door pads, as well. A large 9.2-inch infotainment system is expected to be available on the top-spec variant which will double as a display for the car's 360-degree camera.

The vehicle's key rivals include the Toyota Fortuner, the Isuzu MU-X and the Ford Endeavour – although the Y400 is set at a price point that undercuts this competition. Mahindra is likely to price the model at around Rs 22 lakh (ex-showroom) for the lower-spec variant.