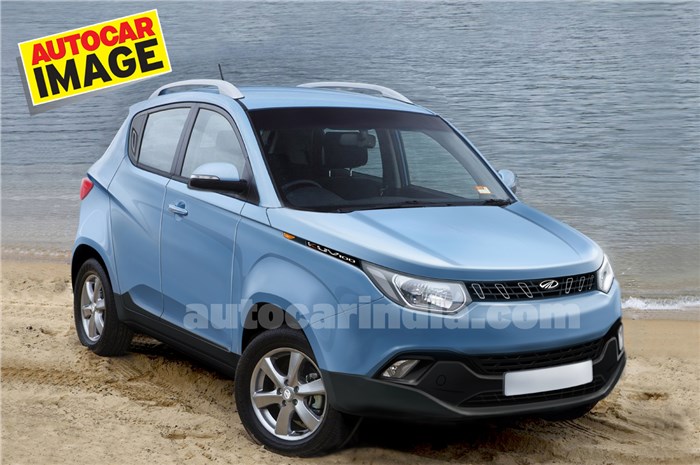 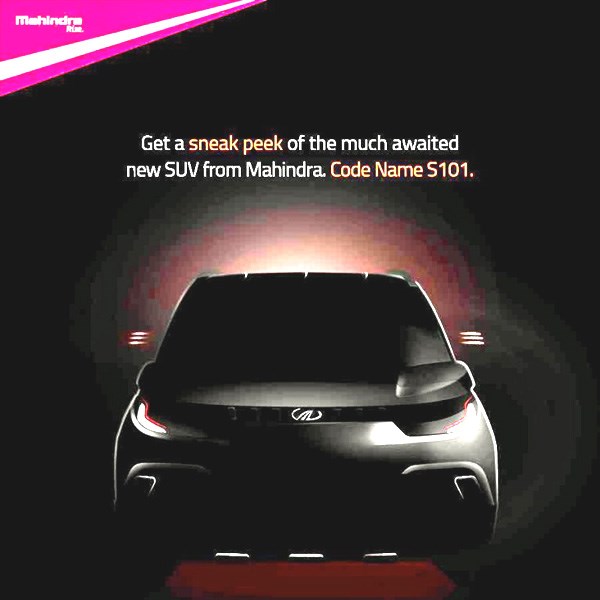 Official KUV100 teaser released; to come with 1.2-litre petrol and diesel engines; official details on this new model to be released on December 18, 2015.

Mahindra will name its upcoming compact SUV, KUV100. Earlier rumored to be called the XUV100, this new model is currently known by its codename S101. The carmaker has released an official teaser of this new model.

According to our sources, the rationale behind naming this vehicle as KUV100 is that Mahindra wants to position it as a completely different vehicle from its popular XUV500 SUV.  Also, one of the major reason was that the carmaker did not want to dilute the XUV500 brand (commonly known as XUV in the mass-market) with a smaller and cheaper vehicle.

The ‘K’ in the ‘KUV100’ moniker stands for “Kompact”, company sources told Autocar India. Official details of this new sub-four meter vehicle will be revealed by the carmaker on December 18, 2015.

The KUV100 was seen recently with only few of its exterior bits veiled. It gets a cab-forward design, where the A-pillar starts just aft the front wheel arch, which indicates more interior room. It gets a longish wheelbase and the overall profile is unmistakably more compact crossover than SUV.

It gets a crossover-like stance and pillar-mounted door handles for the rear doors – similar to the ones on the Chevrolet Beat. A thick, curved character line runs from the rear door all the way towards the rear hatch. The tail-lamps are large but simple, and merge with the boot lid. The vehicle gets part black, part body-coloured rear bumpers, as well as cladding along its sides. There is a prominent rear spoiler present as well. Higher-spec variants will come with alloy wheels and with the option of a chrome trim.

An earlier set of spy pictures revealed few details of the crossover’s interiors. The KUV100’s cabin has a single binnacle instrument cluster, with two rectangular AC vents that sit on top of the centre console. There are multiple buttons that could be multimedia controls, and some space for a small screen too. Under this are three HVAC switches positioned vertically. Interestingly, the S101 gets a bench seat in the front, with the gear lever moved to the dashboard, like in the Datsun Go. The Mahindra KUV100 will come with an all-new set of 1.2-litre three cylinder petrol and diesel engines. While the diesel motor will deliver an estimated 75bhp, the petrol will be good for 80bhp. Like the TUV300, it will get an AMT transmission as well. Sources tell us that the base KUV100 will be priced around Rs 4 lakh, which will put it right in the middle of the mass-market compact hatchback category.