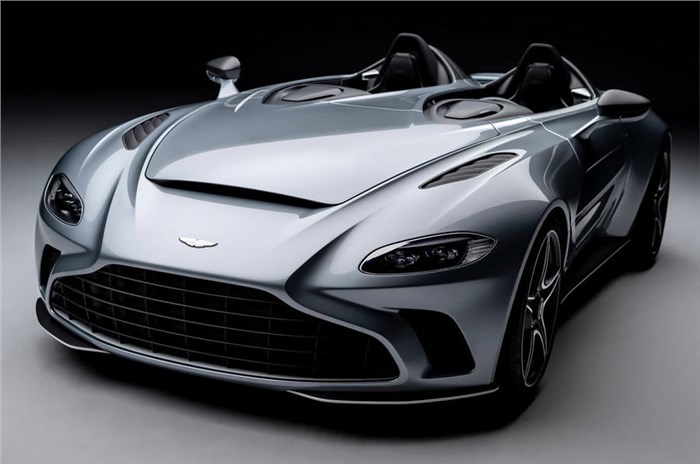 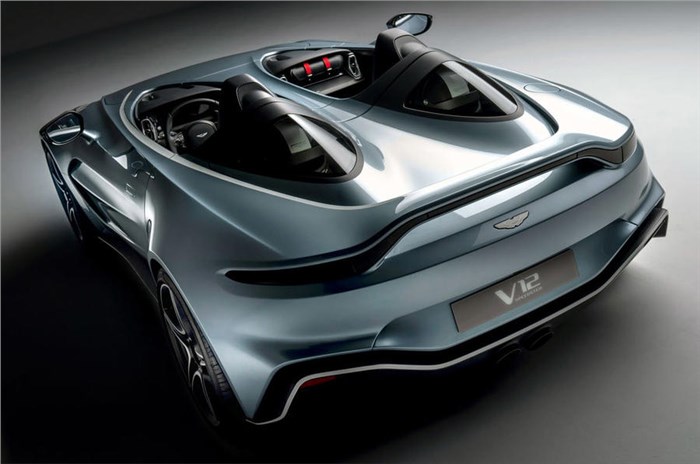 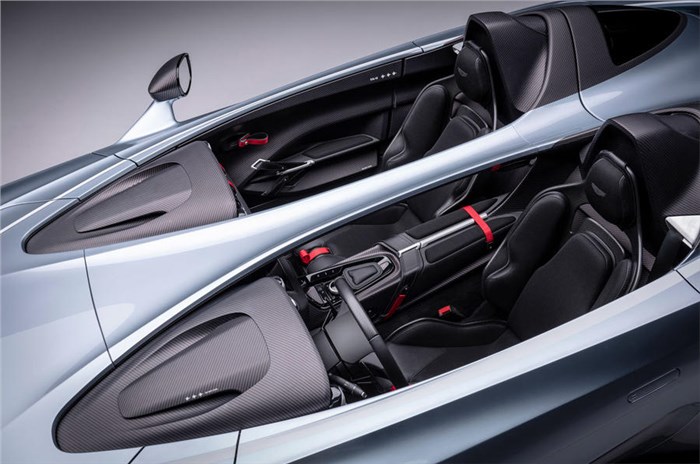 Aston Martin has revealed its latest limited-run model, the Speedster, an “uncompromising, visceral two-seater” created by the company’s Q division. Limited to 88 examples, the roofless, windscreen-less V12 Speedster was taken from conception to production over a span of just 12 months, with first deliveries expected to start early next year.

Using a bonded aluminium architecture, the Speedster is built on a mixture of DBS Superleggera and Vantage underpinnings to create a bespoke platform. The bodywork – described by Aston Martin saying that it is “inspired by fighter jets as much as it is by our history” – is constructed almost entirely from carbon fibre and shown first in a livery reflecting the F-18 Hornet aircraft.

Its 5.2-litre twin-turbo V12 puts out an estimated 700hp and 753Nm of torque, giving it a 0-100kph time of 3.5sec and a governed top speed of 299kph. Aston has also created a bespoke exhaust system to give the car a “rousing” soundtrack.

Like its relatives, the Speedster features double-wishbone front and multi-link rear suspension with adaptive dampers controllable by three drive modes. 21-inch forged centre-lock wheels are standard, as are carbon-ceramic brakes.

The interior mixes a blend of traditional and contemporary materials. Carbon-fibre melds with hand-finished saddle leather alongside chrome, aluminium and 3D-printed rubber. Replacing the usual glovebox is a removable leather bag, while the 'bumps' behind the driver also hide additional storage space beneath.

Aston Martin chief engineer - Vehicle Engineering, Matt Becker said, “For raw driving thrills, the V12 Speedster is unparalleled, the full open element of the car adding a new dimension to the experience. Driving doesn’t get any purer than this.”