Jeep is facing difficulties balancing cost with capabilities for its compact SUV; India could get next-gen Renegade. 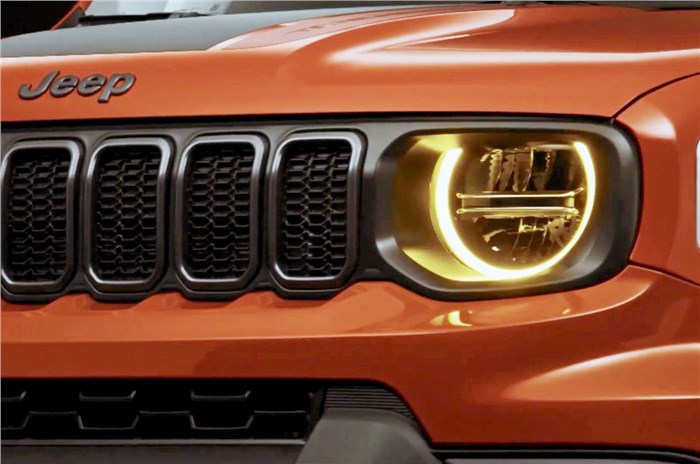 Launching a small SUV is proving to be a tough nut to crack for Jeep India. A few years ago, the American off-road specialist toyed with the idea of launching the Renegade in India, but a business case for its smallest SUV proved to be difficult back then.

In 2018, its global product plan (see image) also revealed its intention to enter the A/B segment below the Renegade, and early last year, FCA India president and managing director Partha Datta told us he was “laser-focused on getting the sub-four-metre Jeep to the Indian market.”

Now though, plans for Jeep's smallest SUV yet appear to be on ice. In a recent interaction with the media, Christian Meunier, the CEO of Jeep, said “We’re still studying it [sub-4m SUV], doesn’t mean it’s never going to happen, but we need to do it in the right way. As I said, we’re not going to take a hatchback and make it look like a Jeep.”  Thus, for now it appears a sub-4m Jeep for India is unlikely.

Building a small SUV isn’t a challenge for a company like Jeep. In fact, the European and South American markets could see a junior Jeep below the Renegade. It’s the Indian market that is a huge challenge where the right cost versus capability balance is proving impossible to achieve. And that's because Jeep has always been steadfast in its intention to always have a 4x4 option for its entire range, even for its smallest models.

Engineering a compact Jeep to have 4x4 capability is very costly and clearly not viable in the price-sensitive sub-4m segment. “It’s a dream to have a sub-4m model for India that is a true Jeep, that is cost competitive and that can make money,” says Meunier.

Even using a low-cost 2WD platform like Citroen’s CMP – something that was being considered – would prove to be a challenge because the only way to make a 4x4 would be by adding an electric rear axle, something Jeep has done with some Compass variants. But again, for the Indian market, the cost of the motor and batteries would push the price far beyond what customers would be willing to pay.

Back to the Renegade

So, while a solution to the sub-4m SUV dilemma is yet to be found, it does not rule out a smaller-than-Compass SUV in India. The current Renegade may have proved to be a difficult fit, but the next-generation car could be a far better proposition for our market.

One of the issues with launching the current Renegade was that it was already towards the end of its life cycle and a new one was due to arrive in 2022; this now means Jeep India can get a fresh start with a brand-new product. Additionally, the debut of the new-generation car has also been pushed back a bit due to COVID-19 related delays, thus allowing time for the FCA-PSA merger to streamline its operations in India, something the company is currently tied up with.

Further improving the prospects for the new-generation Renegade is the fact that it is expected to carry on with the company’s same ‘Small Wide 4X4’ platform as the previous car, which itself is closely related to the Compass’ ‘Small Wide LWB 4X4’ platform that’s already being built in India. What’s more, the new Renegade is also expected to be powered by the new 1.3-litre turbo-petrol engine that we know will be introduced in India on the Meridian and the Compass. So, as things pan out, it appears that putting the sub-4m SUV on ice could just about mean the Renegade plans get to thaw out nicely.

I don't think Jeep or Stellantis is serious on Indian market. The ever launching of C3 and now Jeep Sub 4M SUV , all seems to be lost the thrust in getting innovative projects

I don't think Jeep or Stellantis is serious on Indian market. The ever launching of C3 and now Jeep Sub 4M SUV , all seems to be lost the thrust in getting innovative projects