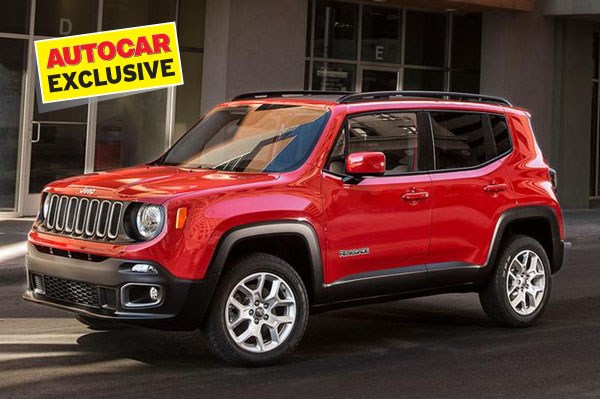 Jeep’s new B-SUV, called the Renegade in the US, and upcoming C-SUV will be key to the brand’s expansion in India.

Fiat Chrysler Automobiles (FCA) plans to ramp up its India operations. For starters, Fiat has opened 100 new showrooms across the country but an even larger expansion will take place next year under the stewardship of Chrysler’s Jeep brand. The Jeep brand was expected to hit our shores in 2013 but the weak rupee then made the launch unviable. Now, the post-election upswing of the rupee will make it easier for Jeep to set foot in the country.

While the Wrangler and Grand Cherokee will lead Jeep’s Indian charge in 2015, these aren’t the most important models for India. At the core of the company’s new portfolio will be two slightly smaller Jeep models priced between Rs 10 lakh and Rs 25 lakh, both of which will be localised here. Studies suggest that India’s SUV market will double by 2018, and Jeep is counting on these two models to bring in the volumes for the brand.

The first of this pair will be the larger ‘C-SUV’ and is an all-new model that hasn’t been revealed yet. It is expected to be priced between Rs 13-20 lakh and be a bit larger than the Renault Duster in size. Power is expected to be between 105 and 120bhp from a 1.5-litre Fiat Multijet diesel engine (a downsized version the international 1.6-litre block) for the 2WD model. True to the Jeep brand, a 4WD version will be offered too and is expected to employ a larger, 2.0-litre Multijet engine that will bump up power to a healthier 168bhp. We can expect to see this C-SUV at the next Auto Expo, and India will become the global manufacturing hub for all right-hand-drive markets for this car. Expect the C-SUV to be on showroom floors by late 2016.

The other SUV will be a smaller B-SUV that has been recently revealed as the Renegade in the USA. This SUV had initially been scrapped from the India portfolio, but a customer clinic revealed that there could be a strong demand for the Jeep Renegade in India. While both B- and C-SUVs are built on the same platform, the Renegade will be slightly shorter at 4.25 metres in length and will also feature the same 1.5-litre Multijet under the hood. Jeep is aiming for a competitive price tag of Rs 10 lakh for the B-SUV’s base variant, going up to Rs 16 lakh for the full-fat one.

FCA has ambitious plans for India in the years ahead, and can be expected to give Toyota, Renault and Nissan a run for their money. Fiat has already started expanding its sales and service network. If all goes according to plan, expect FCA to significantly increase its market share in India.