The new Jaguar XF comes to India as a CBU unlike its predecessor that was locally assembled, and as such, it's on the pricier side. 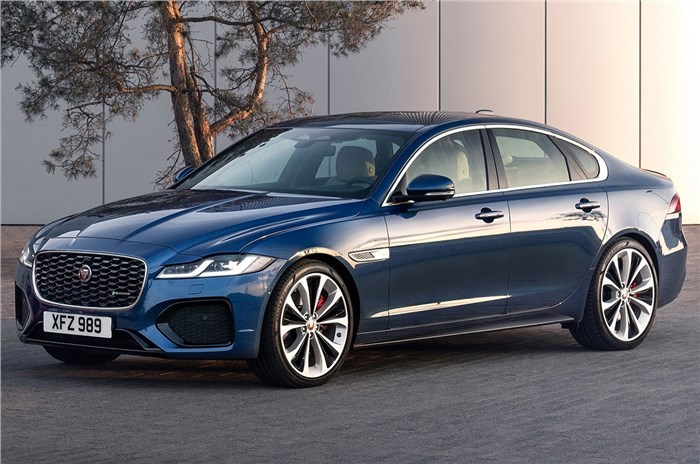 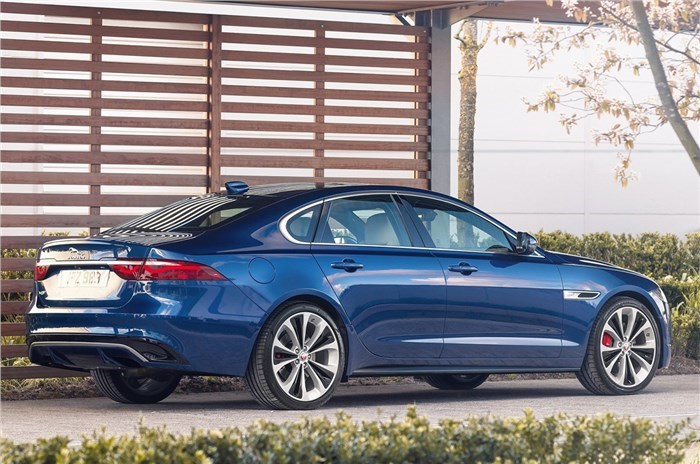 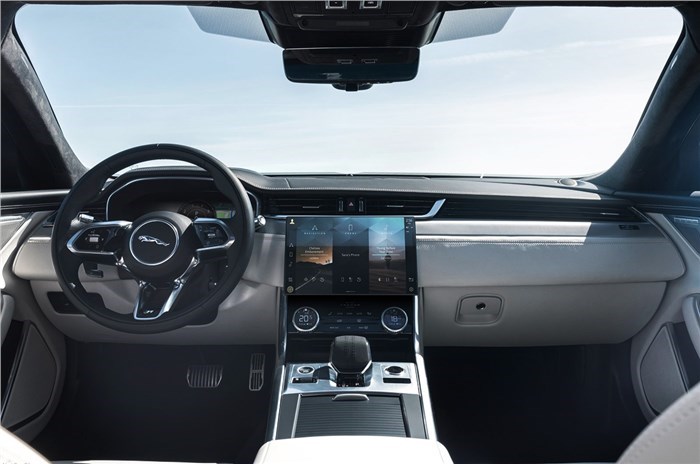 Jaguar India has quietly introduced the XF facelift in our market with prices starting from Rs 71.60 lakh, going up to Rs 76 lakh (ex-showroom, all India). The updated Jaguar XF features subtle exterior cosmetic updates, a heavily reworked and more tech-laden cabin, and it brings back the diesel engine that was previously discontinued in the transition to BS6 norms. The new XF is solely available in a fully loaded R-Dynamic S trim in the Indian market

Jaguar XF Facelift: what’s new on the outside?

While the cosmetic updates to the XF facelift are quite subtle, overall the sedan does look a lot sharper and stylish. The new R-Dynamic S trim further adds to the sporty makeover of the car. Up front, it gets a larger grille with mesh pattern and the quad Pixel LED headlights are sleeker with new ‘Double J Blade’ DRL signature. The front bumper is more aggressively styled with larger air intakes. In profile, the updates are just limited to new alloy wheels with the R-Dynamic S trim, while at the rear the new XF gets slimmer LED tail lights and a reworked bumper.

Unlike the exterior, the interior of the XF facelift receives a more comprehensive update with a completely redesigned dashboard. The highlight is, of course, the new Pivi Pro infotainment system with a 11.4-inch floating curved touchscreen, similar to other newer Jaguar Land Rover models. Other notable updates include a new 12.3 inch high-definition digital instrument cluster, a new button-heavy but sporty-looking steering wheel, a new stubby gear lever replacing the old rotary dial and new rotary-dial based AC control knobs.

What is a really significant improvement over the previous model is the quality of materials, with trim, upholstery and switchgear lifted straight from the Range Rover SUV. The cabin is adorned with high-quality materials, such as open-pore wood on the dashboard, higher-quality leather upholstery, brushed aluminium window switches and machined aluminium speaker grilles. Jaguar has also improved overall storage and practicality on the new XF’s interior.

The new Jaguar XF has been launched with two engine options in India. There’s the P250 variant that comes powered by a 2.0-litre, four-cylinder turbo-petrol engine producing 250hp and 365Nm of peak torque. The XF diesel D200 gets 2.0-litre engine that produces 203hp and 430Nm of torque and even comes with mild-hybrid technology. Both engines come mated to an 8-speed automatic transmission and power is sent to the rear wheels only.

Bookings for the new XF are ongoing for a token amount of Rs 10 lakh, although it must be noted that there’s a waiting period of at least six months due to global semiconductor crisis.