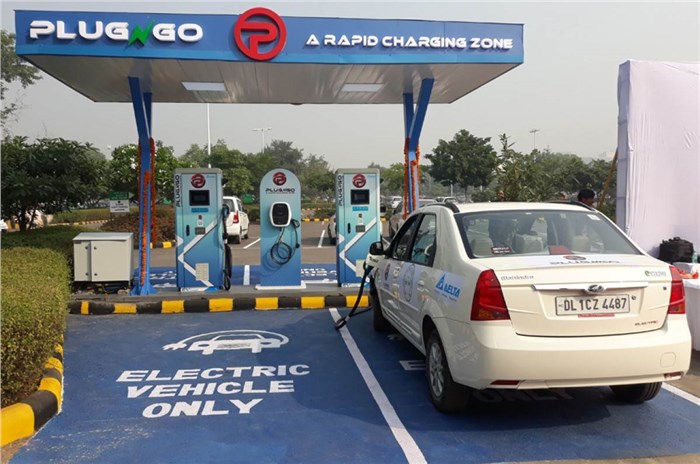 The electric mobility revolution in India has recently started to gain some momentum. The government of India recently announced the extension of the FAME II scheme and several states like Maharashtra, Gujarat, Rajasthan and Delhi have announced their own policies for the faster adoption of EVs.

Growing infrastructure for EVs in India

Krishan Pal Gurjar, Minister of State for Heavy Industries, also informed the Parliament that his Department had sanctioned about 520 charging stations/ infrastructure worth Rs 43.4 crore under Phase-I of FAME India Scheme. Furthermore, it has sanctioned 2,877 EV charging stations amounting to Rs 500 crore across 68 cities in India.

Sharing details of the FAME Scheme, the minister added that a total of  3,61,000 electric vehicles have been incentivised to the tune of Rs 600 crore, as of July 9, 2021, since the EV-adoption policy was initiated in April 2015.

This phase focusses on supporting electrification of public and shared transportation and aims to support, through subsidies, approximately 7,000 electric buses, 5,00,000 electric three-wheelers, 55,000 electric passenger cars and 10,00,000 electric two-wheelers. In addition, creation of charging infrastructure is also being supported to address the issue of range anxiety among users of electric vehicles.

Electric vehicles are slowly starting to catch on in the Indian market, though choices in the four-wheeler space are still limited. Major mainstream offerings include the popular Tata Nexon EV, MG ZS EV and the Hyundai Kona electric. Buyers are expected to get more choice in the coming years with Mahindra also lining up two EVs for the market – the all-electric eKUV and the eXUV300.

On the luxury side of the segment, buyers can choose between the Mercedes EQC, Jaguar I-Pace and in the coming days, Audi’s e-tron and e-tron Sportback.

Right time to buy an EV?