EV policy aims to sell 5 lakh electric vehicles by 2024; carries added incentives over the ones provided under the central government’s FAME II scheme. 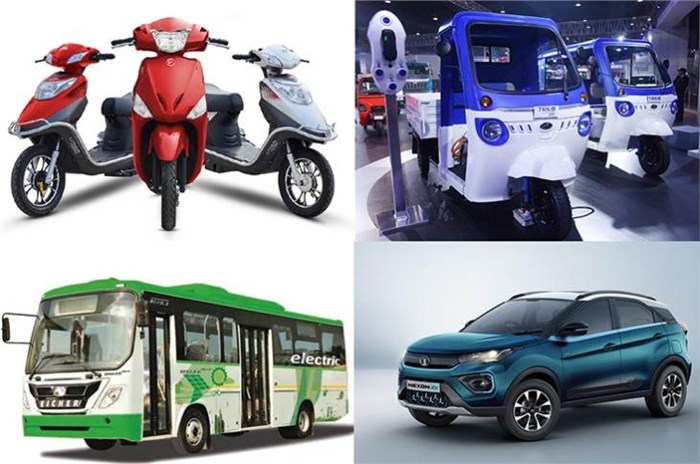 The policy aims at reducing air pollution in the capital city which, according to the chief minister, has already seen a 25 percent reduction over the past five years, and now needs to be further brought down. Furthermore, the minister directed at the specific need of creating more jobs and reviving the state’s economy, as it has undertaken a serious impact due to COVID-19.

In principle, the Delhi EV policy aims to register 5,00,000 electric vehicles in the city by 2024, driven by a flurry of incentives offered by the state government through its newly incorporated ‘State EV Fund’ as well as the State Electric Vehicle Board, which will be chaired by the transport minister – Kailash Gahlot.

A dedicated EV Cell is also being established to implement the policy at the ground level. While the policy has been rolled out for the next three years, the chief minister said they will keep reviewing and updating it from time to time.

While the central government has in place its FAME II scheme for accelerating adoption of EVs by offering various incentives to prospective customers, the Delhi EV policy too has lots in store for those sitting on the fence.

The segment-wise incentives as announced by the chief minister are as below:

While all these benefits will be offered over and above the FAME II scheme and will be applicable on both, fixed as well as swappable battery vehicles, the Delhi government has, however, also announced a vehicle scrapping incentive, which is for the first time ever by any state in the country.

According to the CM, “If a person exchanges their old, conventionally powered vehicle with a new EV, the scrapping incentive will be given.” However, the amount was not disclosed in the CM’s public address.

A network of charging stations

For the convenience of EV users and to address the range-anxiety challenge, the Delhi EV policy also talks big about setting up of charging infrastructure in the city. While the state government is offering a 100 percent subsidy on charging equipment, costing up to Rs 6,000 per unit, subject to a limit of 30,000 chargers, the CM also announced the setting up of 200 charging stations in the city within the next year.

“Our target is to eventually end up having one charging station in every 3km radius,” the CM said.

Moreover, to ensure that the youth gets relevant jobs, the minister also announced that EV-related training will be imparted by the government so that people become employable in the new roles coming up with the transformation of the mobility ecosystem in the future.

“We are hopeful that Delhi will see registration of over 5,00,000 EVs over the next five years. EVs are the talk points around the world today and this policy is such that we expect that Delhi will rank higher in the global tally five years down the line,” remarked Kejriwal.