India could get flex-fuel powered cars within six months

Flex-fuel engines are capable of running on more than one fuel, usually running a mixture of petrol and ethanol, or even 100 percent ethanol. 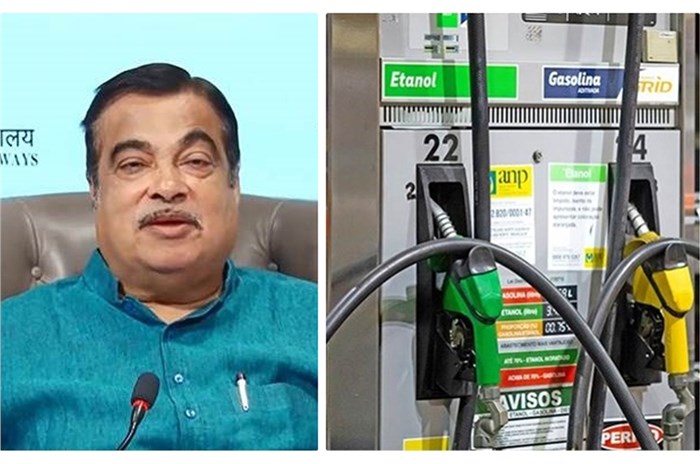 Union Minister of Road Transport and Highways, Nitin Gadkari, has for long been advocating the use of flex-fuel to power cars and motorcycles sold in India. Recently, at an industry event, the transport minister revealed that he has issued an advisory to all carmakers to introduce flex-fuel engines in their vehicles.

We had reported back in September that the government is contemplating issuing on order on the introduction of flex-fuel engines in India in the next six months. Now, Gadkari has said that he signed a file on flex-fuel engines quite recently, advising carmakers to introduce engines that can run on either 100 percent ethanol or 100 percent petrol.

What are flex-fuel engines?

A ‘flex-fuel engine’ is an internal combustion engine that can run on more than one type of fuel and also a mixture. Typically, a blend of petrol and ethanol or methanol is used, and the engine is capable of automatically adjusting for any ratio, thanks to modifications like a fuel composition sensor and suitable ECU programming. Flex-fuel engines are capable of running on 100 percent petrol or ethanol and are already available in countries such as Brazil, USA and Canada.

Scope of flex-fuel vehicles in India

Although the government has issued an advisory, it does not guarantee that automakers will be able to meet the deadline. Maruti Suzuki had previously revealed that they are looking to develop flex-fuel vehicles for India, although the company hasn’t specified a particular timeline by when this could happen. Kenichi Ayukawa, managing director and CEO, Maruti Suzuki India Ltd., had said, “We just started studying this and it takes time.”

That said, it’s worth noting that homegrown two-wheeler manufacturer TVS already has a motorcycle in its portfolio that is powered by a flex-fuel engine, something that Gadkari himself acknowledged at the event. Back in 2019, TVS had launched a version of the Apache RTR 200 that was powered by 100 percent ethanol.

Availability of Ethanol-based fuel in India

Earlier this year, the government brought forward the target of introducing E20 fuel to 2023. E20 is essentially petrol blended with 20 percent ethanol. For reference, 80 percent of the country currently receives E10 fuel, with pan India coverage expected by next year. The ultimate aim is to have pure ethanol (E100), with flex-fuel vehicles capable of running on it.

However, creating a supply chain to transition all petrol vehicles to flex technology will be a tall order. Additionally, testing, calibrating and homologating vehicles for road use will prove to be a monumental exercise for automakers, who are already finding it hard to keep up with upcoming emission regulations like CAFE 2 and RDE.

What's your take on the government's push for ethanol-based fuel and flex-fuel engines? Let us know in the comments below.

New car, SUV prices to go up from January

Citroen is launching flex cars in india. Which are very economical to run.

Citroen is launching flex cars in india. Which are very economical to run.