Previously set for 2025, the new target now stands at 2023 for the production of 20 percent ethanol blended petrol. 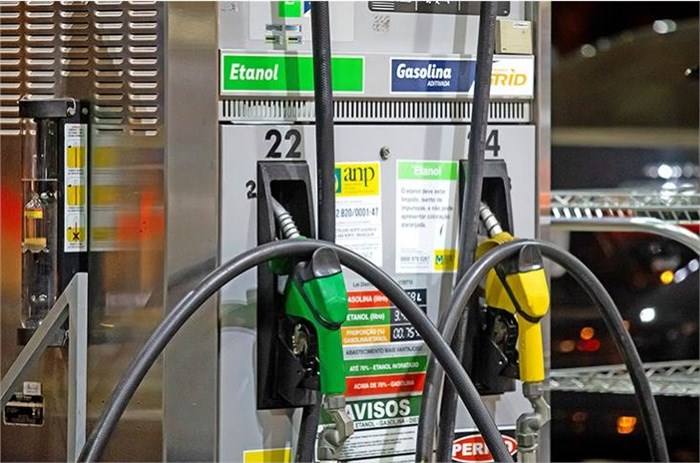 India has brought forward its target for producing 20 percent ethanol blended petrol (E20) by two years. Initially set for 2030, the target date was brought forward to 2025 earlier this year, and now with the latest Gazette notification it stands at 1st April, 2023.

India already uses ethanol blended petrol and started with a 5 percent doping level, currently it stands at about 10 percent. However, this is not standard across the board but at this current level of ethanol doping, engines do not need any modifications.

To run a blend of 20 percent ethanol however does require certain engine updates and modifications, and current vehicles could face some issues, thus just like at the time of the introduction of unleaded fuel, the supply of E20 will carry on in parallel to the current fuel. The notification too does not indicate a mandatory 20 percent blend for the country’s entire petrol supply.

How does 20 percent ethanol blended petrol affect an engine?

At a 20 percent blend, most engine experts believe that changes to the fuel lines as well as some plastic and rubber bits will be required due to the higher corrosive nature of E20. Also due to the lower energy density of the fuel, engines will need to be recalibrated to achieve the required power, efficiency and emission level balance.

What remains to be seen now is how well the auto industry reacts to this new deadline. India’s constantly changing emission roadmap and the strong push towards EVs has caused some turmoil and has caught out quite a few automakers. The industry has been asking for a clear long term emission roadmap and it feels that regulators should set emission targets instead of pushing for any particular technology.

Why is the Government keen on ethanol?

The move to introduce ethanol blended fuel is driven by the requirement to reduce the country’s oil import bill which stands between Rs 7 lakh crore and Rs 8 lakh crore. Also given that India has both corn and sugar surplus production the move would likely benefit the farming sector too. Sugar mills of course will need to upgrade their ethanol production and supply capacity, but most importantly, careful scientific planning is required to make sure that growing these ‘fuel crops’ does not take away forest land or land currently used for food production, something already a concern in some countries that use blended fuels.

The Government has been batting for the implementation of Ethanol fuel for some time now. Recently in March this year, speaking at the 2021 Autocar India Awards, the Union Minister for Road Transport and Highways, Nitin Gadkari, said, “I am requesting all in the automobile industry to please cooperate with us to bring flex engines just like in USA, Brazil and Canada.”

Flex fuel engines refers to those engines that can run any ratio of blended ethanol right from E20 up to 100 percent ethanol. These engines though would be the next step post E20’s implementation, that is, if India decides to go down that path. Interestingly, today on the occasion of World Environment Day, the Prime Minister Narendra Modi also inaugurated an E100 pilot project in Pune, while in July 2019 TVS unveiled an Apache designed to run on E80 or pure ethanol (E100).

Cars not designed to run on E20 will see some detrimental effects. The higher corrosive nature of E20 will likely accelerate the corrosion of the fuel lines and other plastic and rubber bits. Additionally, due to the lower energy density of the fuel, power and efficiency could also be affected. However, just like with the introduction of unleaded fuel, this will be deemed acceptable on a diminishing vehicle population.

Not really, currently they are already in the process of doping fuels and this only requires an increase in its percentage. Moreover, the doping is done downstream – not at the refinery but on the storage side – thus additional investments will not be a major hurdle.