Centre will take the lead in implementing vehicle modernisation policy by introducing mandatory scrapping of government vehicles older than 15 years. 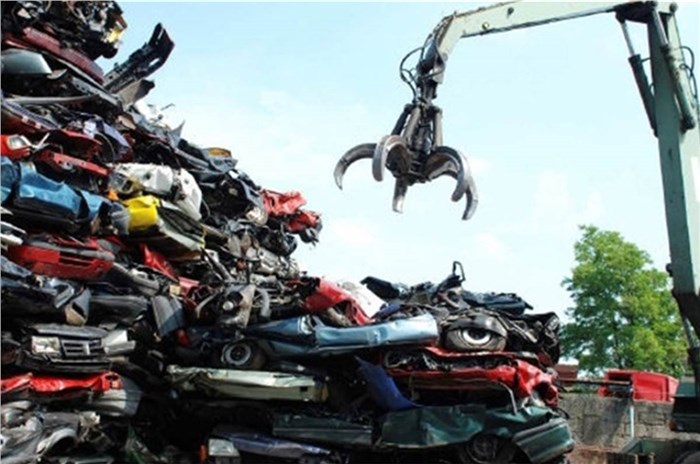 With the government announcing the Vehicle Scrappage Policy earlier this year, there is new momentum in this field and Maharashtra too is mulling its own scrappage policy.

As is known, the Mahindra Group has the first-mover advantage with its Cero Recycling plant, which began vehicle scrappage and recycling a few years ago. On November 23, Maruti Suzuki Toyotsu commenced vehicle dismantling and recycling operations in Noida, Uttar Pradesh. It has a scrapping capacity of 2,000 units a month, or 24,000 units annually. On December 17, Tata Motors inked an MoU with Maharashtra to set up a scrappage facility.

Now, there is a plan to set up plenty more scrappage centres across the country. A national conference on ‘Investment Opportunities in Highways, Transport and Logistics' was held in Mumbai under the chairpersonship of Union Minister for Road Transport & Highways Nitin Gadkari. It highlighted investment opportunities in the aforementioned sectors and focused on three central themes – Bharatmala Pariyojana, Asset Monetisation and Vehicle Scrappage Policy.

The conference focussed on investment opportunities in the government’s vehicle scrappage policy. The Voluntary Vehicle-Fleet Modernisation policy aims to create an ecosystem for phasing out unfit and polluting vehicles, reduce pollution by scrapping over one crore unfit vehicles, improve road and passenger safety, boost auto sales, improve fuel efficiency, formalise scrappage industry and boost availability of low-cost materials for the industry. Out of the one crore vehicles lined up for scrapping, around 5,80,000 vehicles are registered in Maharashtra.

As part of the policy, around 50-70 Registered Vehicle Scrapping Facilities (RVSFs) will be set up across the country over the next five years to cater to the expected demand for scrapping unfit vehicles in a safe manner. The comprehensive infrastructure being set up will also increase value extraction from around 70 percent, at present, to 90-95 percent.

Gadkari said that the Vehicle Scrapping Policy will reduce pollution, improve tax revenues, grow the automobile sector, boost exports and create jobs. It is a win-win situation, in which investment on a high scale can come in.

Ajay Kumar Bhalla, union home secretary, said, “Auto scrappage carries great importance in our economy, especially for India, which requires certain metals which aren’t domestically available. Our aim is to make scrappage centres viable by bringing a mandate that unfit vehicles have to be scrapped. This policy will also help auto scrappage facilities, established with support of state governments, earn revenue and be viable.”

The government states that to make the policy citizen-centric, voluntary scrapping is being targeted, based strictly on fitness, irrespective of the age of the vehicle. If a vehicle fails an automated fitness test, it will be permitted a re-test after the necessary repairs, and a re-inspection, if ordered by the Appellate Authority. After this, it will be declared an End-of-Life Vehicle (ELV).

The conference also highlighted the importance of Automated Vehicle Testing, which will be initiated for Heavy Commercial Vehicles, from April 1, 2023; for other classes, it will be mandated in phases, beginning from June 1, 2024. The government has proposed 75 stations to be set up in the next four-five years, which will then be scaled to 450-500 stations across India.

The centre will take the lead in implementing vehicle modernisation policy by introducing mandatory scrapping of government vehicles older than 15 years, to be effective from October 1 next year.

While speaking about the policy, Mohammad Athar, lead, Economic Development and Infrastructure, PwC said, “Several measures have been taken to encourage owners of End-of-Life-Vehicles to scrap their vehicles.” He informed that several steps have been taken to make scrapping seamless even for facility operators. A single-window-system for registration of scrapping facilities and testing stations has been launched on the National Single Window System (NSWS) of DPIIT.

It was informed that the facilities and testing stations together present an investment opportunity of Rs 230 crore-280 crore for Maharashtra alone.

Ashish Kumar Singh, principal secretary, Transport, government of Maharashtra said that the Draft Voluntary Vehicle Scrapping Policy of the state too is being made. “This will offer incentives for scrappage. We hope that with the new policy of the government of India, and with the announcement of the state policy, vehicle owners will come forward, scrap vehicles and shift to electric vehicles.”

Sushant Naik, CII representative and global head – government and Public Affairs, Tata Motors, said that the policy is a panacea, which will create jobs and strengthen the transport sector. The policy will make the sector conducive for innovation and help unlock the sector's potential; it is an immense opportunity which will create value for all stakeholders and energise our auto sector.

What are your thoughts on the country's push towards vehicle scrapping? Let us know in the comments below.

Tata to set up vehicle scrapping facility in Maharashtra