Next-gen A3 sedan shares a lot with the A3 Sportback revealed last month, from the engine options to interior and exterior design. 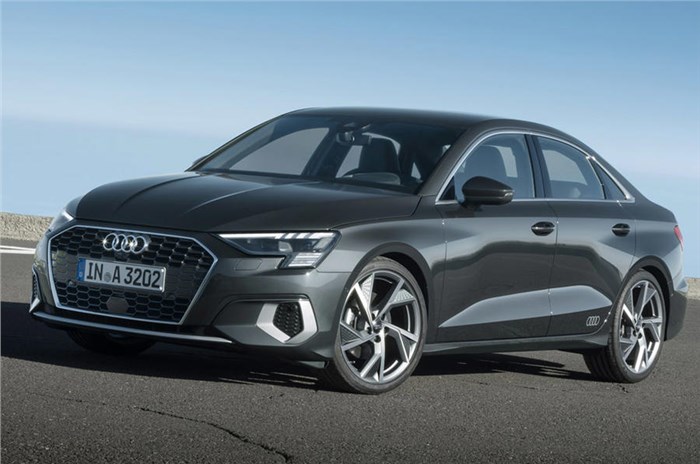 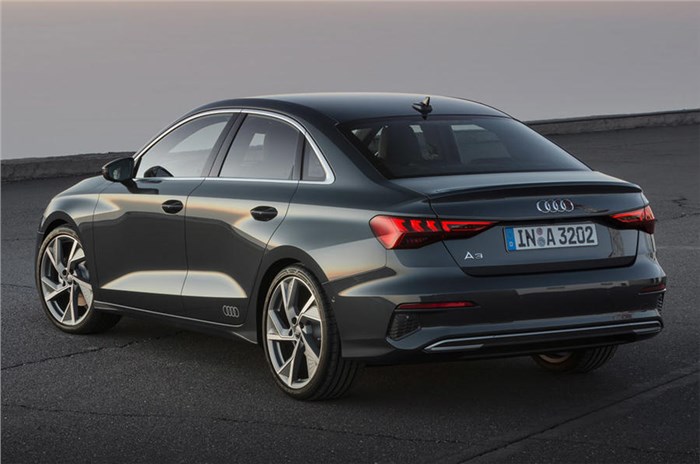 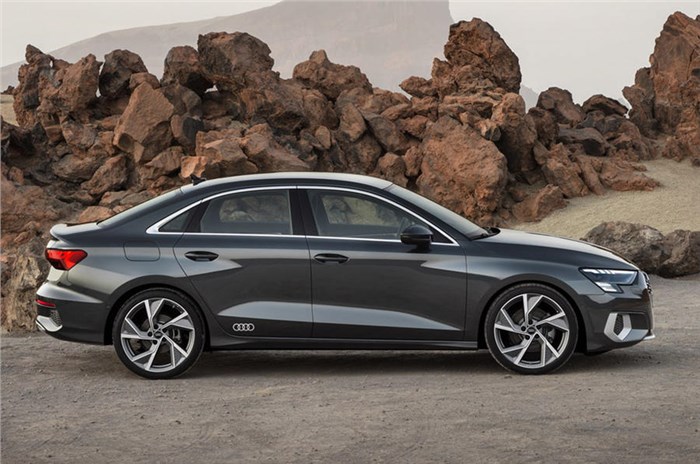 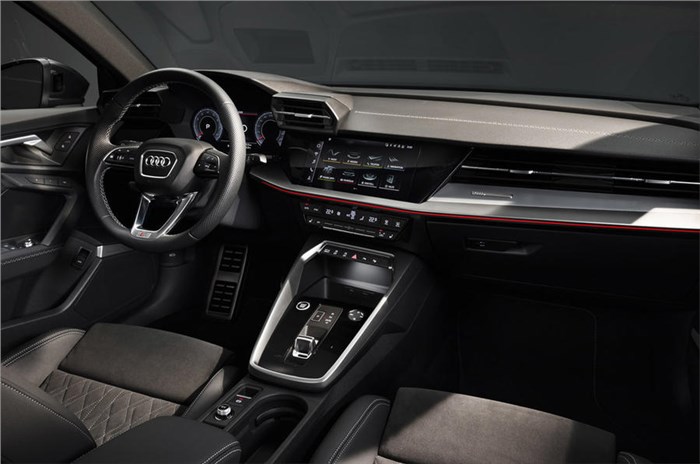 The new Audi A3 sedan adopts the same technologies as the recently revealed A3 Sportback, with mild-hybrid powertrains, refined suspension and a heavily revised interior.

Stylistically, the next-generation A3 sedan is only subtly updated over its predecessor, but it is intended to have a more coupé-like appearance.

The booted A3 is longer, wider and taller than before, creating an extra 20mm of headroom in the front along with more elbow room, while boot space remains unchanged, at 425 litres. The car sits on the same updated MQB platform like the new Volkswagen Golf. This platform is claimed to be lighter yet also more rigid than the one it replaces.

The model receives digital daytime running lights, made up of 15 LEDs, for the first time. Certain trim derivatives have an individual light signature to set them apart.

Aerodynamics are better than the outgoing model’s, thanks to a higher rear end and large diffuser. The car achieves a Cd value of 0.25, which is 0.04 better than before. A controllable cooling-air inlet, with two electrically actuated louvre modules behind the grille, regulates the flow of air, according to the situation.

The standout engine is a 150hp 1.5-litre TFSI petrol unit with 48V mild-hybrid technology, first announced in the A3 Sportback. Available only when paired with Audi’s S tronic 7-speed dual-clutch transmission, it can recover about 16hp during deceleration, supports the engine with up to 50Nm of torque when driving off and can coast with its engine off for up to 40sec. It promises a 10 percent improvement in fuel consumption.

There are two other engine choices at launch – the same 35 TFSI with 150hp but with a 6-speed manual transmission, and a 2.0-litre TDI diesel delivering 150hp and paired with a 7-speed S tronic.

Later, a 115hp 2.0-litre TDI diesel will arrive alongside a 110hp 1.0-litre 30 TFSI three-cylinder petrol. The 30 TFSI engine will be available as a 48V mild-hybrid in dual-clutch guise. Two plug-in hybrid variants will go on sale further down the line.

Audi claims the new sedan has been tuned to be sporty and “a touch more precise” than the first-generation model. This is largely attributed to a new, centralised dynamic handling system that ensures optimal interaction between all components. Alongside the standard setup, there is a sports suspension option and a suspension with adaptive dampers, which promises a breadth between highly comfortable roll motion and agile handling.

The most dramatic difference for Audi aficionados will be the A3 sedan’s interior. As first seen in the Sportback, Audi has decreased the number of physical controls and ditched its familiar rotary controller in the centre console. For those models with a dual-clutch ’box, there is a new shifter sitting in a black gloss surround. Also present in the minimalist centre console is a round, sensory volume controller that reacts to circular finger movements.

There is a 10.25-inch digital instrument display and a 10.1-inch infotainment touchscreen that’s angled slightly towards the driver, while a new climate control unit below it replaces rotary dials with buttons.

The infotainment system, the third-generation MMI Navigation Plus, promises computer power 10 times better than that of its predecessor. Features include up to six user profiles, a Wi-Fi hotspot, online traffic information and improved natural voice control. For example, ask “Where’s the nearest Italian restaurant?” and the satnav system will show those nearby. The infotainment system is also compatible with Android Auto, Apple CarPlay and Alexa.

Although the sedan accounts for only a fifth of overall A3 sales in the UK, the body style is popular in other markets, such as India and China, as proven by the recent flurry of new introductions in the segment, including the BMW 2 Series Gran Coupé and Mercedes-Benz A-class Limousine, both of which will come to India quite soon.

Until quite recently, Audi India had the previous generation of the A3 sedan and A3 Cabriolet on sale. For now, Audi’s range in India consists of just the A6 sedan, and the flagships – A8L sedan and Q8 SUV. This next-gen Audi A3 sedan is expected to arrive in India in mid-2021. Stay tuned for any new details.