i20 N Line could be launched in India this year; likely to be followed by more N Line models 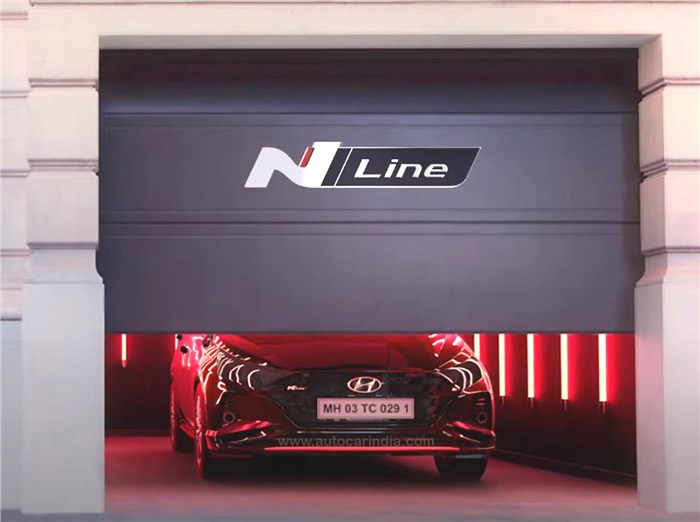 Hyundai has confirmed the launch of its first N Line model for India in 2021, with more models to follow in the next few years. As reported by us earlier, Hyundai will debut its N performance brand in India with the i20 N line, which has been spied testing on Indian soil on a few occasions before.,

To start things off, Hyundai will first launch its ‘N Line cars’ in India that usually come with exhaust and suspension upgrades over ty\he standard model and also boast of sporty exterior and interior embellishments. The company says that its N Line models will be ‘accessible for all’, which hints that these models could be priced aggressively.

Kicking things off for the N Line brand in India could be the i20 N Line. As in other markets, the i20 N Line will be powered by the 120hp, 1.0-litre turbo-petrol engine that will have a sportier exhaust and a few suspension changes over the standard model to give it a sportier setup. The i20 N line will sit at the top of the i20 range in India.

There will also be embellishments on the outside and the inside that will make the car look sportier. It will feature sportier front and rear bumpers, a sportier looking grille, additional skirts, a prominent rear diffuser, twin-exhaust pipes, larger wheels and more colour options. On the inside, the i20 will come with prominent N badging and red stitching throughout, sport front seats, a bespoke steering wheel, metal pedals and an N-branded leather gear knob.

Hyundai N line-up for India: what else to expect?

Following the i20 N line, there could be more models with similar upgrades in the pipeline. As reported by us earlier, Hyundai will also look at getting full-blown ‘N cars’ – which get more powerful engines, a stiffened chassis, upgraded springs and dampers, an improved steering and better brakes –  to India later.

Hyundai is also mulling the import of the full-blown 204hp i20 N under the 2,500-car quota scheme. This could be positioned as a halo product for the brand in India. If Hyundai finds success with its imported N cars, the company could start locally assembling the models in the future.