High security registration plates to be mandatory from January 1, 2019

Tamper-proof number plates will be standard on all new vehicles from the start of next year; can be retrofitted on existing vehicles as well. 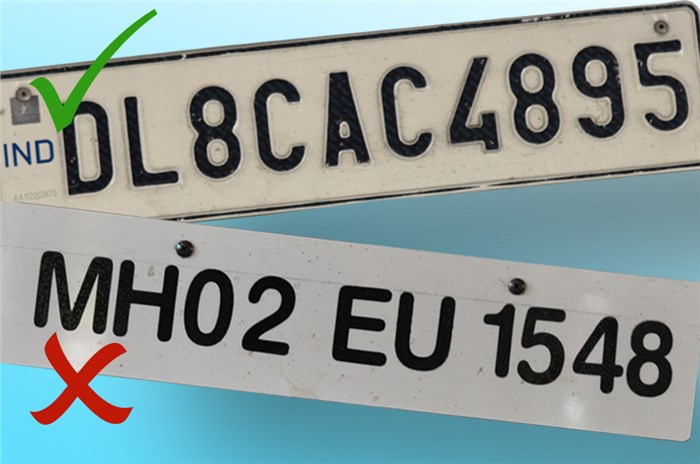 In a move that is set to offer extra protection against vehicle theft, the Ministry of Road Transport and Highways has announced that High Security Registration Plates (HSRP) will be mandatory on all vehicles manufactured on or after January 1, 2019.

The circular clarifies that vehicle manufacturers can produce their own HSRP – provided they obtain a Type Approval certificate from a Central Government-authorised testing agency – or procure them from a company that already makes them. The circular also mentions that the HSRP will come with a 15-year guarantee. If it breaks, withers or suffers any other natural damage within that time period, it will have to be replaced by the dealer who fitted it.

To discourage counterfeiting, a chromium-based hologram will be hot-stamped on the top-left corner of both front and rear HSRPs. This stamp will contain the Ashoka Chakra in blue. The 10-digit permanent identification number (PIN) will be laser-branded into the bottom-left corner of the HSRPs, and the hot-stamping film to be applied on the letters and numerals of the registration number will have 'India' inscribed on it.

Additionally, there will be a third registration plate in the form of a self-destructing chromium hologram sticker, which will have to be affixed on the bottom-left side of the windshield, on the inside. Details such as the registration number, the registering authority, laser-branded PIN and the engine and chassis number will be part of this sticker.

To ensure the HSRPs aren't stolen, the circular states that the rear HSRP will have to be fastened with "at least two" non-removable/non-reusable snap locks. HSRPs can also be fitted to existing vehicles – but only once the old plates have been surrendered and destroyed.

Do you think this move will help curb vehicle theft in the country? Let us know your thoughts in the comments.

New cars to roll out soon with factory-fitted number plates