Design of the upcoming all-electric off-roader seems to draw inspiration from the iconic Hummer H2. 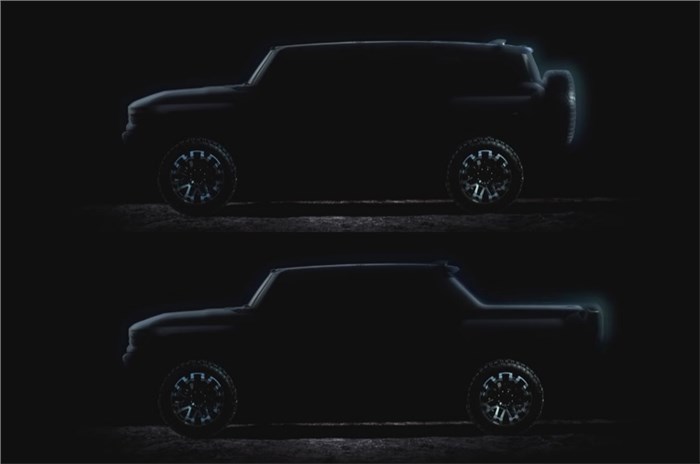 A look at the upcoming GMC Hummer e-SUV and pick-up. 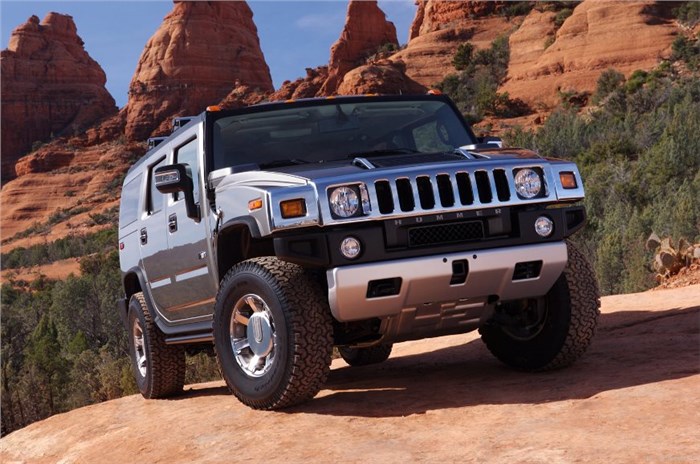 The new GMC Hummer EV, the first in a line of premium electric SUVs and pick-up trucks to use the revived badge, has been previewed in a new video posted to the firm's Twitter account.

What is the GMC Hummer EV?

American automotive giant General Motors (GM) confirmed earlier this year that it planned to unveil the reinvented Hummer at an event in May; but has delayed the event until autumn (September-December 2020) as a result of the novel coronavirus pandemic.

GM has previously said the new Hummer remains "on track" to go on sale in autumn 2021, saying in a statement that "development work continues on track and undeterred". It added, "Even as we work to help flatten the curve, our mission to build the first ever GMC Hummer EV remains the same."

The Hummer EV is referred to as "the world's first super truck". With 1,014hp and 15,592Nm of torque, it's claimed to be capable of 0-97kph in 3sec. The SUV is powered by GM's new Ultium battery pack, which is capable of 'super-fast charging' and expected to offer a range of up to 644km.

What does the latest teaser reveal about the GMC Hummer EV?

New details reveal that the pick-up will feature a so-called 'infinity roof' with removable glass panels to offer an open-air driving experience. The design of the platform-sharing SUV variant looks to be modelled heavily on the iconic Hummer H2, which went out of production in 2009.

The EV will also feature an Adrenaline mode, which can be expected to offer performance-enhancing functionality similar to Tesla's Ludicrous mode; plus a Crab mode, which will likely involve some sort of extreme four-wheel steering.

What are the production plans for the GMC Hummer EV?

The large EVs will sit atop a new skateboard-style chassis, similar to that of American start-up company Rivian, which combines motors and batteries for cheaper production costs. Around 80,000 units are expected to be produced per year.

The new Hummer electric pick-up is likely to be priced to compete with the forthcoming Rivian R1S and could beat the long-awaited Tesla Cybertruck to market.

The Hummer brand – a brief history

The revival of the Hummer badge is also indicative of an important paradigm shift, since it marks the introduction of an all-electric powertrain to the iconic off-road vehicle range. General Motors has previously retailed conventionally fuelled vehicles under the Hummer brand. It started by selling the Hummer H1, derived from the Humvee military truck. This was followed by the Hummer H2 and the smaller H3, whose production ended in 2009 when GM eyed a return to profit following a high-profile bankruptcy announcement.

Are there any plans for bringing the GMC Hummer EV to India?

GM was represented in our market by the Chevrolet brand till 2017, when it decided to pull the plug on its India operations. Though the company continued manufacturing for exports at its Talegaon plant in Maharashtra, it signed an MoU earlier this year for the sale of the production facility to China’s Great Wall Motor Company (GWM).

The American auto giant has showed no intentions of an India return and, as such, the chances of the Hummer EV making it to our market look bleak.