He was responsible for developing the Alliance’s CMF-A platform which underpins the Kwid and Triber. 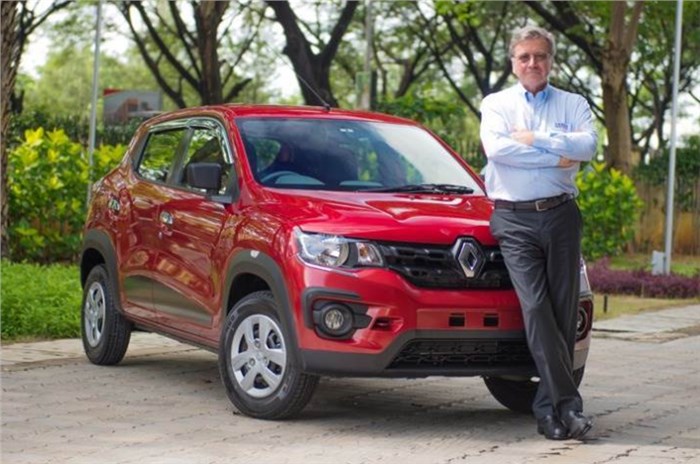 Gerard Detourbet, Managing Director, A2SDU (Alliance A-Segment Development Unit) – the unit in charge of developing Renault-Nissan Alliance's CMF-A platform – is no more. It is learnt that the 73-year-old Detourbet, who returned to France in September 2017 to work from there and undergo medical treatment, breathed his last yesterday. He was ailing from cancer. A Renault official has confirmed the news.

"What a simple guy he was. He got a class about himself. He was very meticulous in work," says a person who knew Detourbet closely. The Frenchman moved to India in 2012 and worked out of Chennai to lead the team that delivered the Renault Kwid, and the later its platform sharing twin, the Datsun Redigo. The person quoted above says, "The platform for work which he used would be a very simple basic idea, and on top of it he could build a complex idea." That's quite similar to the cars he and his team delivered in India. The latest being the Renault Triber compact MPV.

The affable Gerard Detourbet was voted as our sister publication Autocar Professional's 'Man of the Year' in 2015, for leading the successful creation of Renault's game-changing car – the Kwid – that represented the OEM's gutsy move to take on market leader Maruti Suzuki in the Indian small car market.

Detourbet, who created some of Renault’s best-selling cars (Dacia/Renault Logan, Duster, Lodgy) globally, was also responsible for getting Indian component suppliers to think out of the box to develop innovative and cost-efficient parts, which helped Renault to price the Kwid quite competitively. It also helped Alliance partner Nissan to do something similar with the Datsun Redigo.

Not many may know that the man who delivered some successful projects for his company during his stint of over 40 years, was a mathematics researcher. And hardly anyone may know that he didn't like cars! A car, for him, was just a means of transport to travel smoothly. In recent times, Detourbet was overseeing development of the Kwid’s electric version in China.

In one of the interviews with our sister publication Autocar Professional, he had said, "The reason I'm doing this job is because it is a pleasure for me as it is a complex thing to produce a car. I like to create, I like to manage and work with people, I like to empower people to create something. I like to orient the power of people."

No wonder then that a person who worked with him says, "The charisma he had can be compared to that of Amitabh Bachchan'"! The person adds that Detourbet was a straightforward person who didn't like to go roundabout in doing things, and always spoke what he thought was right, irrespective of who was in front of him. Not everyone may have liked this approach. "There was a purpose behind a stern approach, if and when he took one," says the person quoted earlier.

Detourbet once said that India's diversity fascinates him, but the country's population, which the auto industry sees as a strength, can also be disturbing sometimes on another level. "If you want to do something alone, it's very difficult. In France, if you want to be alone, it is very simple. So for me, that's the missing factor. But if you want to spend time to open your mind, you can see a lot of very nice things in India," said Detorubet, who also developed a taste for Goan food.

In one of the meetings for an interview, we had overshot the budgeted time, but Detourbet didn't want me to leave without walking me around his office while explaining how he has built a fairly flat organisation, and created a model where every department has a team of three members to ensure the best mix of engineering and cost. That underlying enthusiasm mixed with humility is what we, and many more, will remember him for. Au revoir, Gerard.