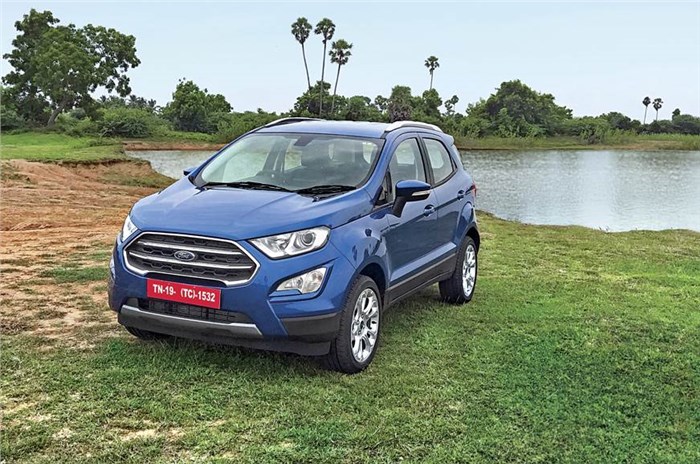 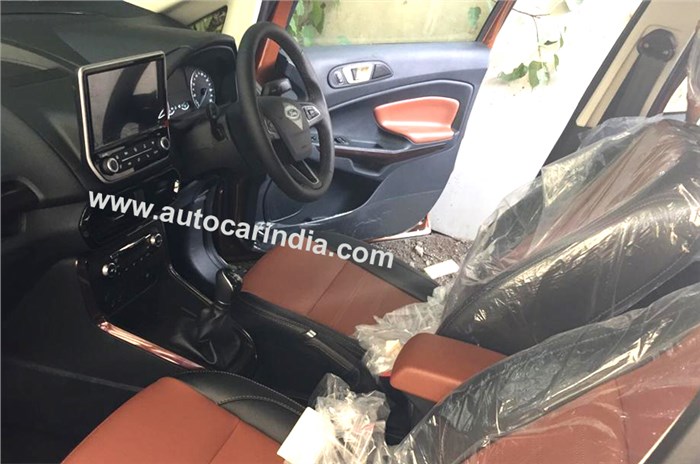 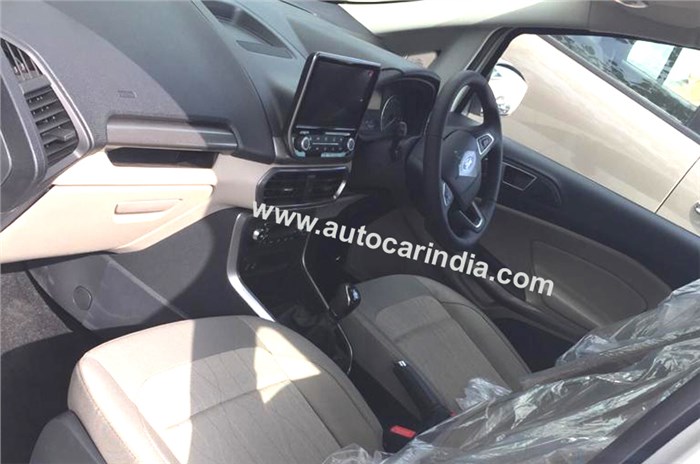 Ford has updated its popular EcoSport SUV’s India line-up and will formally announce the prices in June 2019. The EcoSport had received an equipment update in March last year, which also included a reintroduction of the 1.0-litre turbo-petrol engine option and a new EcoSport Signature edition.

We bring you exclusive details on what to expect from the refreshed EcoSport range.

First up, Ford will introduce the new EcoSport Thunder variant that we spotted a few days ago. It will come with FlyAudio infotainment system with a 9.0-inch touchscreen, dual-tone leather interior, rear spare wheel cover, sunroof, new-look alloy wheels, contrast black roof and black decals on the hood. This variant will replace the EcoSport Titanium Signature edition that came with fabric interior and sunroof. The Thunder variant will get either a 1.5-litre petrol engine or a 1.5-litre diesel engine, mated to a manual transmission.

Additionally, the Ford EcoSport Titanium+ will see a price reduction by around Rs 45,000-50,000, due to a long list of equipment that will be removed. Dealer sources tell us that the updated EcoSport Titanium+ will not come with cruise control, leather seats and Sync3 infotainment system; this means it will also miss out on Apple CarPlay and Android Auto. It will get a beige interior instead of black, a 9.0-inch FlyAudio infotainment system, sunroof and new side decals. This variant will continue to be sold with a 1.5-litre petrol (manual and automatic) and a 1.5-litre diesel engine (manual only).

The refreshed Ford EcoSport Titanium will miss out on a sunglass holder and a centre armrest for the rear passengers. This variant will also come with beige interiors instead of an all-black theme like on the current car. A 1.5-litre petrol and a 1.5-litre diesel engine will be available on this variant, mated to a manual gearbox.

As of now, there is no news on whether the top-spec EcoSport S will continue. Dealer sources tell us that Ford might introduce a new and more attractive top variant altogether that will have better price-feature proposition.

The Ford EcoSport is the oldest compact SUV on sale in the Indian market, and while there have been multiple styling and equipment updates, the car feels a bit long in the tooth compared to rivals like the Mahindra XUV300 and the more recent Hyundai Venue. With this recent equipment rejig, Ford is expected to reduce pricing on some other variants too, thus making the EcoSport more competitive against its newer and better-equipped rivals.

The EcoSport is likely to soldier on for another year, at least, and will be subsequently replaced sometime in 2020 by an all-new SUV built jointly with Mahindra.