The five-door Gurkha will sit on a lengthened platform and will share its mechanicals and off-road gear with the three-door variant. 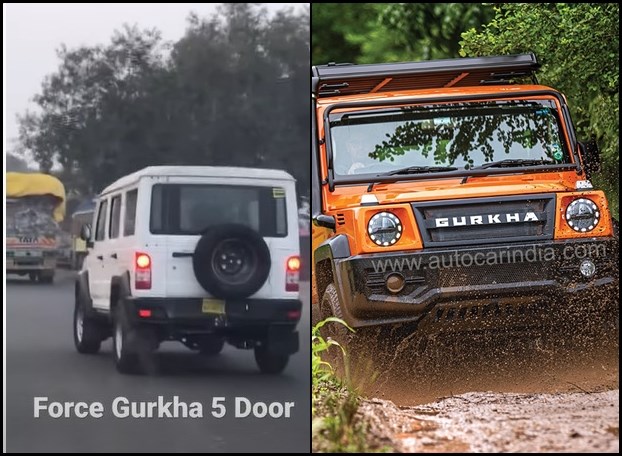 Following the launch of the all-new Gurkha last year, Force Motors has been developing a longer, five-door version of the off-road focused SUV. A test mule of the Force Gurkha five-door was recently spied testing on our roads, completely uncamouflaged. And going by those spy shots, the vehicle looks almost production ready. Autocar India can confirm that Force will launch the Gurkha five-door sometime this year itself.

Force Gurkha five-door: what do the spy shots reveal

Apart from the added length, the 5-door Gurkha shares similar design and some body panels as the three-door version, which was first revealed at the Auto Expo 2020. The five-door Gurkha gets the same set of tail lamps, tail gate and rear bumper as the regular Gurkha. With the addition of two extra doors, there’s obviously a revision to the window line, but even at the front, the five-door Gurkha is expected to look largely similar to the three-door version.

We do not expect any significant changes to the interior or equipment list of five-door Gurkha either. However, it will certainly be offered with new seating configurations. The regular Gurkha gets two captain seats at the rear, making it only a 4-seater SUV. However, the five-door Gurkha is expected to come with bench seats in the middle row and could even get additional two seats for a third row.

Under the hood, the five-door Gurkha is expected to be powered by the same Mercedes-sourced 2.6-litre, diesel engine that produces 91hp and 250Nm. This engine will come paired to a 5-speed manual gearbox with power being sent to all four wheels via a four-wheel drive system.

Just like the regular Gurkha, the five-door is expected share similar off-road gear such as a low-range transfer case, manual locking front and rear differentials, independent front suspension and multi-link rigid live axle suspension at the rear. However, the suspension will likely have to be tuned uniquely to suit the new frame.

What are your thoughts on the upcoming five-door version of the Force Gurkha? Let us know in the comments below.