ABS-equipped Gurkha available in two variants and three-door and five-door body styles; prices increased by about Rs 30,000 over non-ABS models. 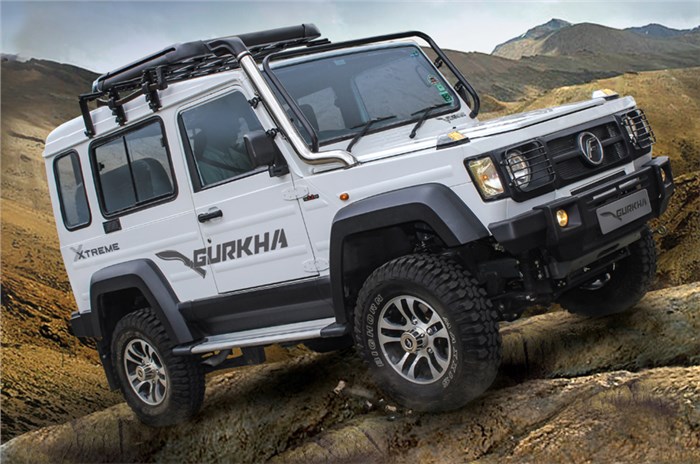 Force Motors has silently launched ABS-equipped versions of its Gurkha off-roader, priced at Rs 11.05 lakh for the Gurkha Xplorer 3-Door. The Gurkha with ABS is available with the Xplorer 5-Door and the top-spec Xtreme 3-Door, priced at Rs 12.55 lakh and Rs 13.30 lakh, respectively. At this price point, the ABS-equipped Gurkhas are about Rs 30,000 more than their respective non-ABS versions. An interesting point to note is that the base Gurkha Xpedition (in 3-Door and 5-Door forms) does not get the anti-lock braking system.

At the end of 2018, the company launched the top-spec Force Gurkha Xtreme at Rs 12.99 lakh. The new range-topping Gurkha is powered by a new 140hp, 2.2-litre diesel engine and 5-speed manual gearbox, rather than the 85hp, 2.5-litre diesel offered in the Xpedition and Xplorer variants. The Xtreme also looks slightly different on the outside thanks to the LED turn indicators, new steel bumpers at the front and rear, a thicker footboard, different wing mirrors and decals.

Dealer sources have revealed that deliveries for the Gurkha ABS will begin in June 2019, though bookings have already begun.

In order to meet upcoming safety norms for new cars produced in India, expect Force Motors to bring out another update to the Gurkha by July. The new model will be fitted with more safety features such as a driver’s side airbag, rear parking sensors a speed alert system and seatbelt reminders.

(All prices are ex-showroom, pan-India)