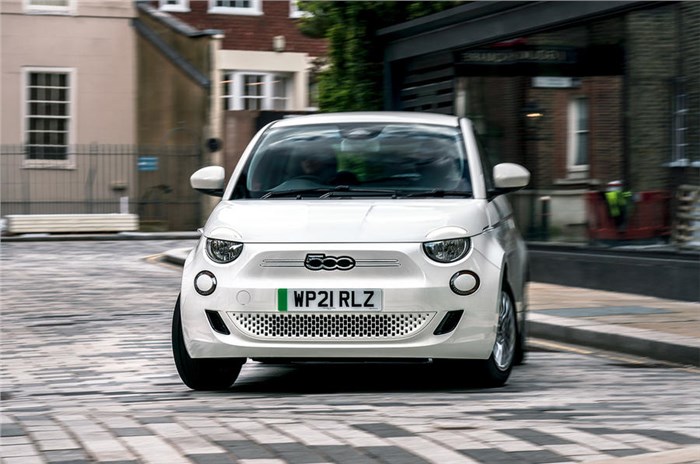 Fiat will confirm an Abarth performance variant of its electric 500 ahead of an unveil next year. This will be its first hot model since the Abarth 124 GT was shown in 2018.

The model will mark the beginning of Abarth as an electric go-faster subdivision of Fiat. Other models will also receive the Abarth treatment on a case-by-case basis. Brand boss Olivier Francois told our sister publication Autocar UK that he expects to have between one and three Abarth models at any time.

“A year and a half ago, I said it can’t be that hard [to make an Abarth version of the electric 500],” said Francois. “Electric cars are so fun to drive already. The good news is that we are actively working on it, and once it’s confirmed, it will be relatively quick. The bad news is that it’s more complicated to deliver than I thought. If you want to do a real Abarth, it’s not the same electric powertrain. Once it has the power and torque you want, it’s no longer the same drivetrain, nor the same transmission or brakes… The whole thing has to be adapted.”

He added that final test drives are under way ahead of official confirmation of the car. “It’s going to be fantastic. The sound is going to be very interesting. There will be a choice to be silent or not,” he said.

The Abarth fan community will play a crucial role in shaping the development of upcoming models, said Francois. “When it comes to marketing, it’s a totally different brand to Fiat. These [Abarth fans] would not buy a Fiat, and vice versa. It’s basically one car [the 500] and two totally different targets. We are going to leverage the community, involve them in the development. Social media is ideal for that.”

The Fiat brand has had a long history in the country, and thanks to the now-discontinued Abarth Punto, the Abarth brand still has a cult following in India. While parent Stellantis is present here, there are no plans as of now to bring Fiat or Abarth back to India. Stellantis is currently focusing on Jeep and Citroen in India, with both brands set to introduce new products this year.

What are your thoughts on performance variants of electric cars? Let us know in the comments below.