FASTags mandatory for all four-wheelers from January 2021

FASTags to be mandatory on all four-wheelers, irrespective of year of manufacture. 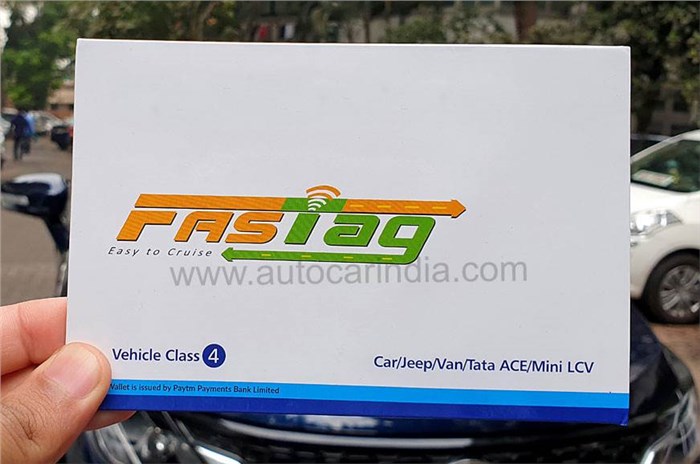 Aside from making FASTags compulsory for all four-wheelers, MoRTH has also made FASTags mandatory for vehicle insurance. As per the notification, anyone getting a new third-party vehicle insurance from April 1, 2021, will be required to have a valid FASTag.

FASTag is a device that uses Radio Frequency Identification (RFID) technology to make electronic payment of tolls. It is linked to a prepaid account to which car owners can add money as and when required. Valid for five years, FASTag was introduced to reduce the bottlenecks at toll plazas across the country by reducing the need for drivers to roll down the window to hand over cash.

As mentioned before, FASTags come mandatorily fitted on all new cars from December 2017, with the tags also mandatory on commercial vehicles for the renewal of their fitness certificates and on National Permit Vehicles.

MoRTH had rolled out the compulsory implementation of FASTags at highway toll plazas late last year, with all but one lane dedicated to electronic toll collection via FASTags.

No physical documentation required: MoRTH on amendments to CMVR