The alliance will help Ford expand its product line-up in India and will allow Mahindra to revamp its portfolio.

Six months after they first announced plans to explore a joint collaboration, Mahindra and Ford have formalised their strategic alliance. As part of the deal, they’ve announced that they plan to co-develop SUVs, jointly build electric vehicles and even share engines.

Autocar India can now confirm finer details of the alliance. The joint venture will initially build two SUVs together, with an electric version of the Ford Aspire compact sedan also being part of the joint activities.

Both Ford and Mahindra are focusing on the compact SUV segment. The lure of the SUV body style and attractive pricing (thanks to the lower rate of tax on sub-four-metre cars) explains why this segment is booming in India, and has immense potential to grow further. Like other carmakers, Ford, Mahindra and SsangYong too want to cash in on this ever-expanding market segment. Known as the B-SUV, the joint venture will either use the SsangYong Tivoli (Mahindra’s S201) or Ford’s own Vitara Brezza rival (codename: B763), that is currently being developed. The Ford and Mahindra/SsangYong SUVs will however wear different 'top hats' and will look quite different. ‘Badge engineering’ is something neither company wants to do.

What’s likely to make to showrooms even earlier is Ford’s new C-SUV. This new SUV will be based on Mahindra’s yet to see the light of day W601 – essentially the next-generation XUV500. The new W601’s platform will be developed jointly by Mahindra, SsangYong and Ford and the vehicle will be positioned above the Hyundai Creta.

The powertrain-sharing aspect of the Mahindra-Ford JV could see Ford’s C-SUV use Mahindra’s next-gen BS-VI-compliant 2.0-litre diesel, while Ford’s new Dragon petrol engine could be a workhorse for all M&M’s compact models.

An integral part of the alliance is the electric version of the Ford Aspire that will use technology from Mahindra's EV division, Mahindra Electric. The Aspire EV might not be at the cutting-edge of EVs, but it is expected to meet requirements to enable Ford to potentially bid for contracts from the government-owned Energy Efficiency Services Limited (EESL). Tata Motors had won the first tender by EESL for the supply of 10,000 EVs last year, and a fresh tender is expected to be floated soon. Interestingly, Ford’s partner Mahindra was also in the running for the first tender.

Ford will also follow up with the next-gen EcoSport (codename: B680), scheduled for 2020. Ford’s own Hyundai Creta challenger (codename: B563), earlier designed to tap the mid-size SUV market, could be put on hold in light of the joint venture.

Ford will also bolster its line-up soon with the launch of the Freestyle cross-hatch, while Mahindra is all set to launch an updated version of the current-gen XUV500. 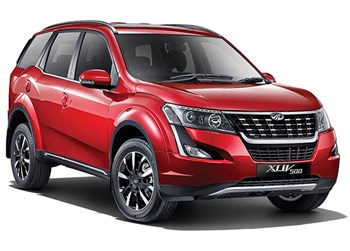