Carmaker beats M&M and Nissan to bag order by Energy Efficiency Services Ltd; Tigor EV could be the likely choice. 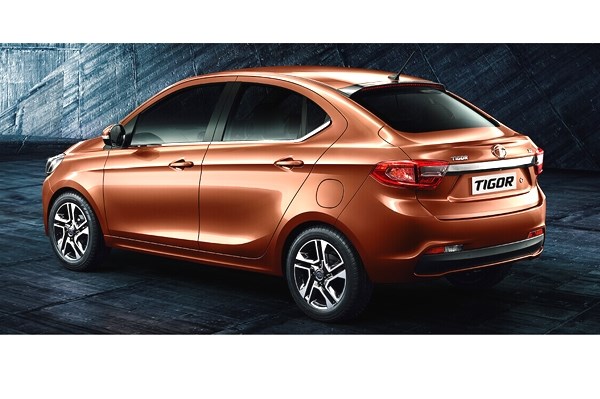 Electric version of the Tata Tigor could be the winning vehicle in EESL's order for 10,000 EVs.

Energy Efficiency Services Ltd (EESL), under the administration of the Ministry of Power, government of India (GoI), is to procure 10,000 electric vehicles (EVs) from Tata Motors.

The homegrown carmaker bagged the order, which saw participation from other carmakers like Mahindra & Mahindra (M&M) and Nissan Motor Co.

Our sister magazine Autocar Professional learns the electric vehicle will most likely be an electric Tigor sedan. Recently, Tata Motors revealed an EV variant of the Tiago, the hatchback iteration of the Tigor, in concept form. Using a liquid cooled 85kW electric motor, the hatch develops 200Nm of torque and Tata claims a range of around 100 km.

Tata Motors quoted the lowest price of Rs 10.16 lakh (exclusive of GST) in the competitive bidding. The vehicle will be provided to EESL for Rs 11.2 lakh (inclusive of GST) and with comprehensive five-year warranty. This is claimed to be 25 percent below the current retail price of a similar electric car with 3-year warranty.

“Tata Motors is extremely proud to partner with the Government of India in its journey to facilitate faster adoption of electric vehicles and to build a sustainable India. Tata Motors has been collaboratively working to develop electric powertrain technology for its selected products. EESL tender provided us the opportunity to participate in boosting e-mobility in the country, at the same time accelerate our efforts to offer full range of electric vehicles to the Indian consumers,” Guenter Butschek, CEO & MD, Tata Motors said in a statement.

Tata Motors will now supply the EVs in two phases - the first 500 electric cars will be supplied to EESL in November 2017 and remaining 9,500 units in the second phase. The tender floated by EESL is the world’s largest single electric vehicle procurement. Tata Motors, Mahindra & Mahindra (M&M) and Nissan Motor Co participated in the tender and the bids for Tata Motors and M&M were opened.

Recently, EESL modified the terms of the tender document by changing the eligibility terms to widen the scope to include more cars. The body style definition was changed from ‘sedan’ to ‘car’, the acceptable parameter for length was reduced to 3,990-4,980mm from above four meters earlier.

Along with procurement of 10,000 EVs, EESL will also identify a service provider agency. This agency, also appointed through competitive bidding, will carry out end-to-end fleet management of the procured vehicles for the concerned government customer.

Apart from continuing to aggregate demand, EESL will also be responsible for co-ordination between appointed agencies, monitoring and supervision, reporting, complaint redressal and payments.