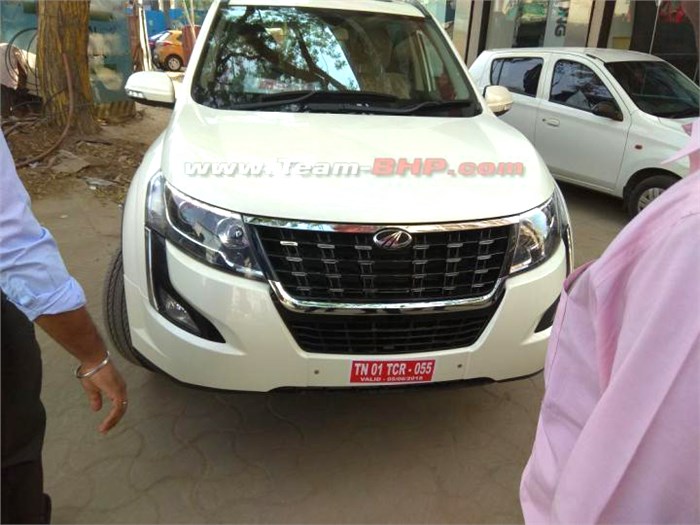 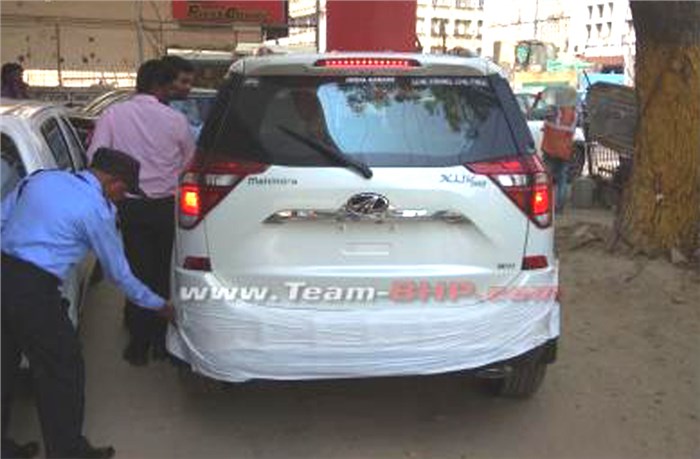 A few days ago, we reported that the XUV500 will receive a major update, with a launch slated next month. Now, a first set of images of the updated SUV have surfaced online, showing the model in production guise.

Upfront, the updated XUV500 gets slightly reprofiled headlamps with projector units and LED daytime running lamps. The new-look grille gets a thick chrome surround and also gets Mercedes A-class-like chrome bits all over. The front bumper gets design tweaks as well, with a centre air dam that merges with the grille.

On to the sides, the XUV500 facelift gets new-design alloy wheels among other minor updates. At the back, the XUV500 receives major styling changes. The vertical tail-lamps have been replaced by new triangular units placed horizontally, just below the rear windscreen. The tailgate is also new and gets chrome accents above the license plate enclosure

There are no pictures of the interiors as of now. Mahindra is expected to load up the XUV500 with premium interiors, featuring leather seating surfaces at least on the higher-spec models. The refreshed XUV will also get soft-touch materials on the dash and an upgraded infotainment system.

The XUV500 facelift will come with an upgraded 2.2-litre engine with more power. Upon launch, the XUV500 facelift will take on the likes of the Renault Captur, Hyundai Creta (also due for a facelift) and, to some extent, the Jeep compass. Mahindra is also expected to launch the new Rexton-based SUV later this year, which will sit above the XUV500 in the brand's India line-up.