Tesla CEO also claims the EV brand will sell cars with no steering wheel or pedals by 2021. 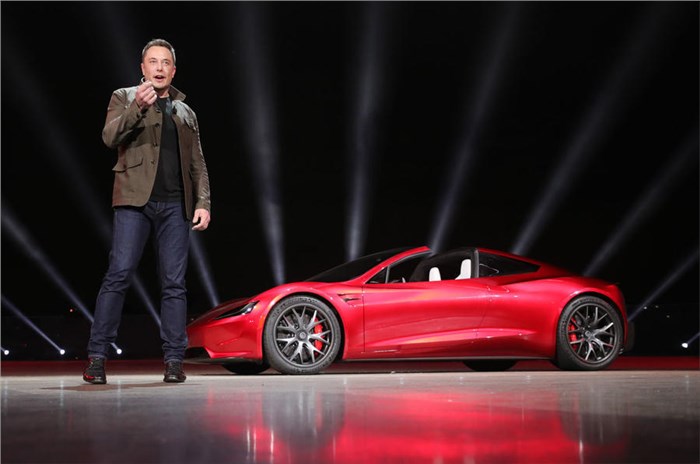 Tesla CEO Elon Musk has outlined another series of ambitious targets while hosting a Tesla Autonomy Investor Day. Some of the targets included more details of a plan to profitability for the American electric vehicle (EV) maker during a period of additional financial turmoil. There is concern within Wall Street that demand for Tesla cars has slowed after an initial global rush this year, while short-term problems such as arranging successful deliveries across the globe has proved to be a point of contention.

Musk predicted that the company will become 'extremely cashflow-positive' once it has established a network of 'autonomous robotaxis', beginning 2020. He admitted that Tesla 'won’t have regulatory approval everywhere' to operate such a network, but said that he was 'confident that Tesla will have at least regulatory approval somewhere, literally next year'.

Acknowledging criticism of Tesla sometimes failing to deliver on its promises, Musk said: “All these things, I said we’d do them. We did it. We’re going to do the robotaxi things too. The only criticism – it’s a fair one – sometimes they’re not on time”.

The reference may be to Musk’s frequent optimism for the advent of full autonomous driving, which appears to have been delayed. Last month, Tesla started shipping cars that are said to be capable of fully autonomous driving, thanks to new in-house hardware.

By the end of 2019, Tesla will reportedly have a wireless software update for that system ready, with a target to ensure the system is ‘safe’ by the middle of 2020. Back in January 2019, Musk had promised analysts that permission for the Full Self-Driving system would be granted towards the end of this year. At the Tesla Autonomy Investor Day, he added, “Probably two years from now, we will make a car with no steering wheel or pedals.”

If regulators can be successfully convinced of the system’s safety, permission to launch an autonomous taxi service could be granted for the end of 2020.

The taxi fleet will be largely made up of customer cars, with Tesla aiming to rent them out to users via a ride-hailing smartphone app. However, it’s expected that a number of new models will need to be brought in if the platform increases in scale during that time.

During the recent event, Musk also said that in the near future, Tesla plans to allow an “aggressive mode” for the Autopilot system that will introduce a “slight chance of a fender bender”, claiming this is “the only way to navigate Los Angeles traffic”.

However, research from Warwick Business School and Jaguar Land Rover warns the Artificial Intelligence required for autonomous cars to co-exist with human drivers, cyclists, and pedestrians, is pushing the frontiers of what is scientifically possible.

They argue that while there appears to have been “impressive progress” in cars sensing their surroundings, the challenge of interacting with other road users has scarcely been addressed.

This could be the “decisive limiting factor” in developing autonomous vehicles, they conclude in their paper, Negotiating the Traffic: Can Cognitive Science Help Make Autonomous Vehicles a Reality?

Nick Chater, professor of behavioural science at Warwick Business School, said, “Alan Turing famously challenged future generations to create a machine that would be indistinguishable from a person through the medium of written language. The future of fully autonomous vehicles depends on science meeting a similar challenge – creating computer systems that drive in a way that blends seamlessly and safely with human drivers. ‘Negotiating the traffic’ is not merely a figure of speech. It involves an actual process of tacit negotiation with other road users in a safety critical environment. It is crucial that everyone reaches the same – or at least compatible – agreements to prevent a potential accident.

“Creating a machine that can replicate that process involves addressing fundamental questions at the frontiers of cognitive science. Human interactions are so effortless that we are unaware of the complex reasoning involved.

“The rate of progress on this challenge may prove a decisive limiting factor in the development of autonomous vehicles.”