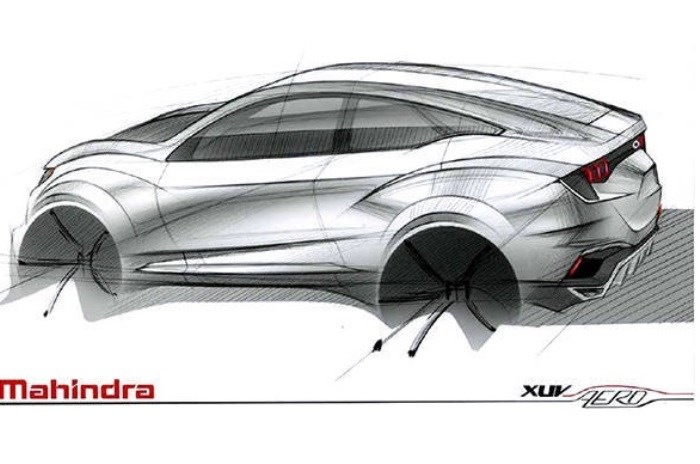 Collaborations and technology sharing are becoming increasingly common in the automotive world. And then there's electrification, which could further homogenise the experience from behind the wheel. How can automakers, then, make their products stand out? "When a lot of things start harmonising across the technology side, it’s the design and experience which really become fundamental in the car buying process," said Pratap Bose, chief designer officer, Auto and Farm Sectors, Mahindra and Mahindra told Autocar India during Brobot Interact – a series of discussions about the auto industry. "Today, exterior design is often quoted as one of the top two reasons to buy a particular car.”

He continued, “Increasingly, we are seeing that the interior experience – how you interact with the car, the electronics, the UI and UX (user interface and experience) – is also gaining incredible weight in the buyers’ decision." And though the touchscreen has become the centre of people’s attention, Bose feels that there’s more to come. “I see a time when the other senses will start playing a larger role, for example, voice control, haptics and gestures, where you don’t touch anything but can still make the car respond.”

A bigger disruption, however, will come from electrification. “EVs will bring a huge shift in the amount of cabin space you can have for a particular footprint because you don’t have to dedicate one-third of the length of a car to an engine. So here again, I think some real revolution is on its way,” he said. Bose further noted that with its increasing importance, design can effectively serve both, form and function.

The emotional connect with a car’s design is evident from the fact that there has always been a strong desire in the Indian masses for customising their cars. Commenting on the trend, Niranjan Babu, head, OEM (Pvt. Car) and Automotive Alliances, Reliance General Insurance, said, “Till the end of 2018, there was a significant market for car remodeling. But in January 2019, the Supreme Court of India gave a verdict that disallowed owners from making any significant structural changes to their vehicles. Before this order, every change made on a vehicle was associated with additional (insurance) premium – be it broader wheels (which used to attract 18 percent additional premium), updated brakes or turbo/supercharging the engine (which would attract 160 percent additional premium).”

He added, “After the verdict, each carmaker has started offering all these features with the original equipment. As such, all these aspects are now covered within a normal, comprehensive insurance, with very standard add-ons.”

Picking on the point, Bose chimed in, “A lot of people want to put their own signature on their cars, but in the process, they could make them unsafe, because we engineer and design cars in a certain way. For example, if you put a bull bar on the car, then it can severely compromise safety. So, we are constantly trying to integrate these custom elements into the design itself.”

“Today, providing dual-tone roofs is a normal practice. It came from the people’s desire to express themselves differently, but today we build that into the design.” In similar vein, it is not uncommon for carmakers these days to provide optional packs that enhance various aesthetic elements, including the wheels and headlamps.

“So, customisation and mass manufacturing are starting to go hand-in-hand, though they are two opposite ends of the world. This is something which has happened recently in car design and it will happen more going forward,” stated Bose.

Speaking about updating a model’s design through its lifecycle, Bose said, “The lifecycle of a car used to be planned – we would launch it, run it out in eight-10 years and we would do some intervention around the mid-point.”

However, with people’s constant desire for fresh designs, this has changed considerably. “Now, not only has a 10-year lifecycle been shrunk to six-seven years, but even within that period, you will need to intervene at least two-three times, if not more.”

As such, designers are cleverly trying to incorporate certain elements which would allow frequent updates, without significant capital investment. “I can give you one example. The front fender area, where the fender, the headlamp and the bumper meet, will start becoming a lot more simplified. It’s easier and less expensive to redesign plastic parts. So you’ll see headlamps starting to get integrated into the bumper, and have very little to do with the fender,” mentioned Bose.

“These are some decisions which are driven by the need for updating constantly. I think this intensity is nowhere more than it is in India. Customers expect something new every 12-18 months.”

In addition to its aesthetic aspects, vehicle design also needs to fulfill certain requirements. “The hood height, the length of the front overhang, or the width of the car – everything gets influenced by (safety) regulations. That also affects, of course, materials. For instance, we use a lot more materials, like high strength steel, which we never used in mass production cars before,” said Bose.

This also has a bearing on other aspects of the auto industry. “Any change in design, which enhances the safety of the vehicle, will be beneficial for an insurance provider. The growth of most insurance companies is directly dependent on the automotive sector because 40 percent of general insurance premiums comes from motor insurance,” said Babu.

Furthermore, smart designs can help reduce costs for buyers over the course of vehicle ownership. “When we design cars, it’s always good to have high value items, such as headlamps, tail-lamps and fog lamps, in a zone that’s somehow protected from damage, in case of small incidents during daily driving. I think it is important to keep these expensive elements of exterior design out of the zones that you might have to replace often. The overall cost of ownership is something we definitely think about (while designing),” commented Bose.

Building on the concept of minimising cost penalties, the Mahindra design chief said that he is looking into a modular design approach. “For instance, we’re moving into three-piece, or even four-piece, bumpers. So, even if there is some damage, you replace only a certain part, and not the entire bumper.”

Such an approach would further have a knock-on effect on other aspects of car ownership. “The availability of more child parts will reduce the overall (insurance) claim cost. And whatever benefits we derive because of these alterations, we tend to pass those to the customer in terms of reduction in premium. As such, it will also reduce the overall cost of vehicle ownership,” said Babu.

What do you think of these latest trends in car design? Would you like to see something more? Do let us know in the comments below.

Should appreciate this approach. The design perspective should not end at sale of the vehicle it should be about the maitainance as well. which eventually leads to well maintained vehicles on the road and it definitely ups the brand value. It’s not only about the spares, making delicate parts too fancy will make them hard to maintain. I feel simplistic design will appeal for long time.

Should appreciate this approach. The design perspective should not end at sale of the vehicle it should be about the maitainance as well. which eventually leads to well maintained vehicles on the road and it definitely ups the brand value. It’s not only about the spares, making delicate parts too fancy will make them hard to maintain. I feel simplistic design will appeal for long time.