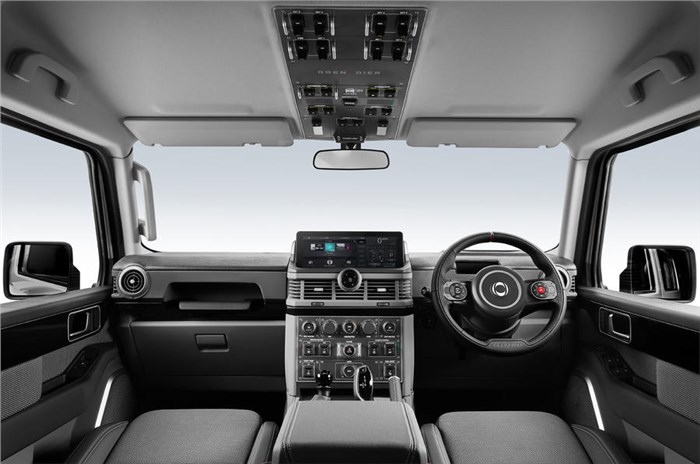 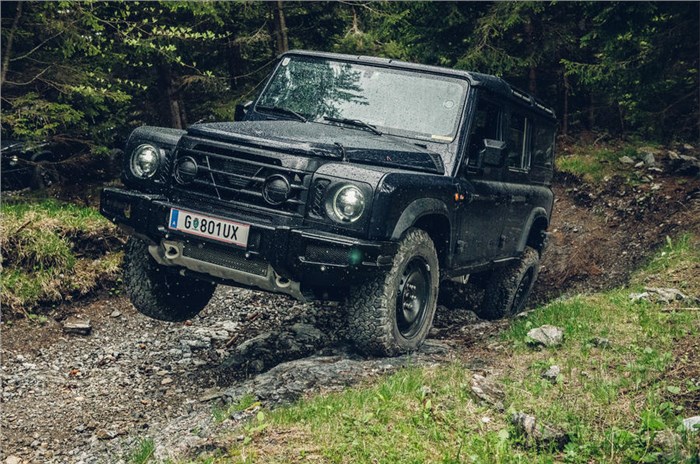 The Ineos Grenadier has been developed from groundup, taking inspiration from the original Defender.

Official interior pictures of the Ineos Grenadier– Sir Jim Ratcliffe’s rugged new body-on-frame 4x4 that is inspired by the original Land Rover Defender – have been issued at last.Theyshow an impressively novel design, clearly built for ruggedness and timelessness, but guided at all times by the highest levels of practical logic.

Grenadier has a genuine hose-it-out cabin, crafted in ultra-durable, stain-resistant materials, and it even features drain holes in the floor to stress its ability to cope in the most arduous conditions. However, designer Toby Ecuyer says one key mission has been to show that extreme durability need not carry any penalty in comfort and refinement.

The Grenadier’s fascia is dominated by a flat, high-quality, centrally-mounted switch and dial panel of switches and dials, its design clearly influenced by aircraft and ship layouts. There is an impressive-looking matching panel in the roof.

The switches are a combination of push and toggle designs, both extremely durable and sufficiently widely spaced to allow operation by gloved hands. They are more clearly labelled than in other cars, and the roof panel includes customisable auxiliary switches, pre-wired so an owner can easily bring them into action.

The Grenadier also has a 12.3-inch central touchscreen to handle infotainment functions (backed up by an i-Drive-style rotary button mounted between the seats). The Ineos team have taken all opportunities to simplify the car: in pursuit of reliability, Grenadier contains around two-thirds fewer microprocessors than rival 4x4s.

Navigation, for example, is handled by Apple or Android smartphone functions, so software is always up to date, though there is a built-in pathfinder function that allows drivers on expeditions to find their way back to where they started.

Ineos’ engine choice is the BMW B57/B58 family, so each Grenadier will have a modular 3.0-litre petrol or diesel straight-six that sends its drive through a ZF-supplied 8-speed automatic gearbox (and a separate low-range transfer case). Depending on spec, these engines make anything from 265hp to nearly 405hp in their BMW applications.