Confirmed: Hummer to be reborn as an EV

General Motors will resurrect the Hummer brand as a new line of electric-only SUVs and pickup trucks under the GMC brand. 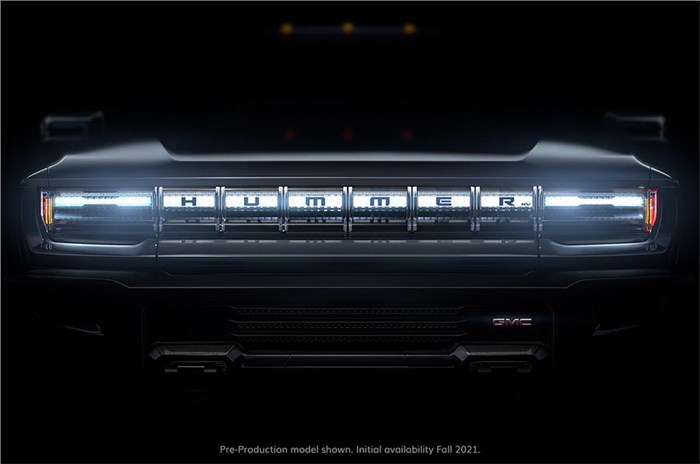 American automotive giant General Motors (GM) has confirmed it will resurrect the Hummer name for a new line of premium electric SUVs and pickup trucks.

The Hummer EV will arrive under the GMC brand with 1,014hp and 15,592Nm of torque, and be capable of a 0-100kph time of 3sec. Few other details are known about the new model but it is promised to deliver "incredible on- and off-road capability."

A teaser for the upcoming truck will be aired during Superbowl LIV, with a 30sec TV spot set to run during the second-quarter of the big game. The model is due to be officially revealed on May 20 at an event in Las Vegas.

The new model will be built at General Motors' Detroit-Hamtramck factory in Michigan by the end of 2021.

GM is investing $7.7 billion (approximately Rs 55,068 crore) into preparing its US factories for the shift to electrification over the next four years, with the Detroit-Hamtramck facility being upgraded at a cost of $3bn (approximately Rs 21,455 crore) to produce electric trucks and vans.

The large EVs will sit atop a new skateboard-style chassis, similar to that of start-up company Rivian, which combines motors and batteries for cheaper production costs. Around 80,000 units per year are expected to be produced.

Production of the iconic Hummer H2 and smaller H3 ended in 2009, as GM eyed a return to profit following a high-profile bankruptcy announcement.

The new electric pickup is likely to be priced to compete with the Rivian RS1 and could beat Tesla’s long-awaited truck to market.