The Hummer name is likely to be used for range of all-electric SUVs and pickup trucks; the first model will be a pickup that is due in international markets in late 2021. 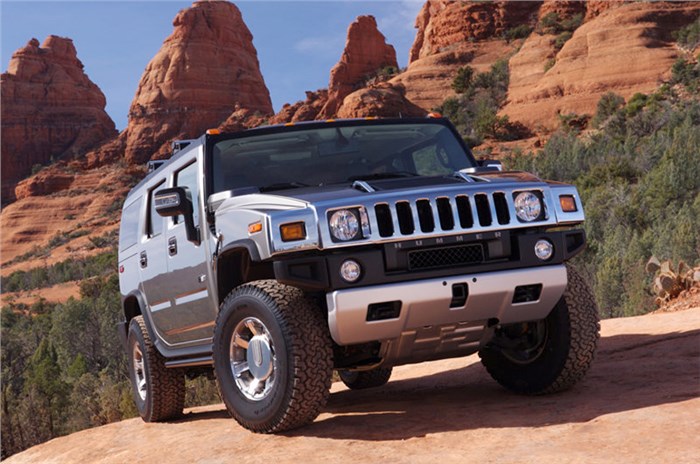 General Motors (GM) is likely to revive the iconic Hummer brand, though with a notable difference. Unlike the Hummers of old, which were essentially big brawny off-road vehicles derived from a military SUV, the name is likely to now be associated with a family of all-electric SUVs and pickup trucks.

As per a Reuters report, GM has taken the Hummer name into consideration for an upcoming range of all-electric pickups and SUVs under the brand’s new electric truck/SUV programme that is reportedly referred to as ‘BT1’. Under the plan, the carmaker is eyeing production of a range of all-electric SUVs and pickups including models from Cadillac and GMC and a new range from a yet unnamed brand – which could be the Hummer.

The first model from the new brand is a pickup truck due in late-2021. It will be followed by a more performance-oriented iteration of the same in 2022, and then an all-electric SUV in 2023.

The new family of all-electric pickups and SUVs will be based on a dedicated modular electric car platform that will bundle the electric motor and batteries into the chassis. The new architecture is set to be capable of offering front-, rear- and all-wheel drive capabilities and spawn models of multiple body styles and sizes.

The Hummer brand has been inactive for nearly a decade with GM having pulled the plug on it back in 2010.