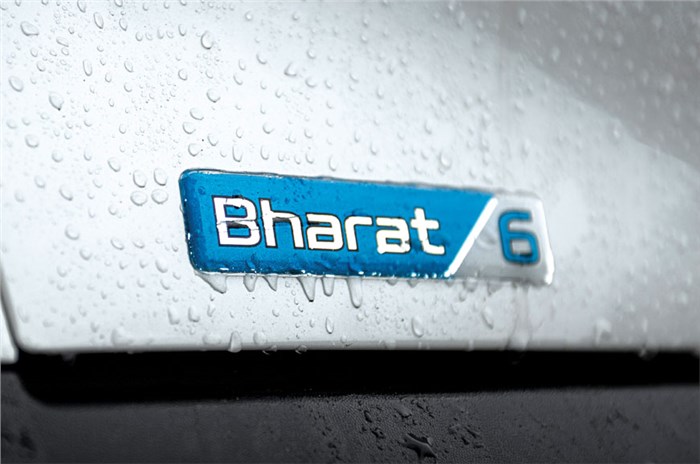 The biggest emission regulation change in a decade is upon us. In part 1 of our special series on BS6, we give the background story on the emission norms.

It’s the most challenging deadline the auto industry has ever faced. Even by global standards, the four-year time frame given to automakers to upgrade their engines from BS4 straight to BS6 emission standards, skipping the BS5 stage altogether in the process, was impossibly short, and the equivalent of a running a marathon like a 100m sprint.

To make the switch even more difficult, the Supreme Court moved the finish line by ordering the stop of sale (instead of production) of all BS4 vehicles by the April 1, 2020 deadline.

The globally accepted rule is that manufacturers have to stop production of cars that don’t comply with the new regulations on or before the date but can continue to sell what’s already been produced, to clear unsold stock. That’s the pragmatic approach for a smooth transition to keep business ticking and to avoid supply disruptions – which in the current cash-strapped, economic climate is the last thing a capital-intensive industry needs. Besides, selling BS4 cars for a few months beyond the April 1, 2020 is going to have no measurable impact on air quality. But the auto industry in India, which has become the favourite whipping boy for the government, activists and even the judiciary, wasn’t given any leeway.

As a result, with the deadline fast approaching, some automakers are in a frenzy to liquidate their old BS4 stock, and, at the same time, start production of new BS6 cars and bikes at the earliest. In an ideal world, every manufacturer would love to sell their last BS4 vehicle on March 31, 2020, and their first BS6 model on April 1. But it’s not an ideal world, and to time the switchover perfectly is simply impossible.

Some car companies like Mercedes-Benz, Maruti Suzuki, Kia, and lots of bike manufacturers don’t want to take chances and have already switched almost entirely to BS6.

Hence, the implementation of BS6 has been a frantic race against time and every automaker has been forced to prioritise which engines should be upgraded and which shouldn’t. The bigger challenge, however, is one of cost, especially for diesel engines, which need very expensive hardware to cut emissions down to BS6 levels. This is why there’s an exodus of diesel engines from the market as it doesn’t make business sense to upgrade them. In fact, by ditching all its diesel engines, Maruti found the bandwidth to upgrade its entire range to BS6 two months before the deadline and has already sold more than 5,00,000 BS6 cars.

Over Rs 1 lakh crore has been collectively invested by automakers to upgrade powertrains, and, eventually, it’s the customer who will bear most of the brunt of the increased costs. Cleaning the air is expensive and someone’s got to pay for it.

And it’s not just automakers, it’s also the oil industry that has had to make huge investments in upgrading their refineries to produce BS6 fuel. The big catch is that BS6-compliant engines need
BS6 fuel to run smoothly, and, again, oil companies are pressed for time to dispense the fuel countrywide before April 1, 2020.

With BS6 fuel not readily available, can BS6 engines run on BS4 fuel? And going forward, can BS6 fuel work on BS4, or even older BS3 cars? These are some of the key questions car buyers are asking, but before we get to that, let’s understand the basics of vehicular emissions.

For all the flack fossil-based or hydrocarbon fuels are getting, consumption is at an all-time high. The truth is that there still isn’t any real alternative fuel available in such abundance, can be easily transported, has the same energy density, and doesn’t require an upheaval in distribution to dispense. The problem as we know is that hydrocarbons are bad for health and the environment, and hence the world is furiously working on alternate energy solutions. But until then, we ironically can’t live without this fossil fuel purported to have killed millions with the deadly fumes it produces when burnt. The internal combustion engine has historically been the main villain of the piece, but it has fought hard over the years to absolve itself by cleaning up its exhaust emissions.

The emissions control story in India started in 2000, with the introduction of BS2 standards – the first serious check on uncontrolled toxic emissions spewing out of the exhaust (see timeline below). Bharat Stage (BS) standards were modelled on the European (Euro) test protocol, and the only difference was the top speed of the 10km test cycle. In Europe, it was 120kph, whereas for Bharat Stage it was 90kph.

India started one stage below Europe and maintained this gap until 2010, after which the oil industry dropped the ball and couldn’t supply the low sulphur fuel needed to jump to the next stage (BS5). Europe, meanwhile, moved to BS6 systematically.

Also, air quality in the country, especially in Delhi, dropped to dangerous levels during the winter months, which set off alarm bells and made national headlines. And it’s in Delhi where politicians and policymakers sit, so something had to be done, or at least seen to be done. In the smog-choked winter of 2015, activists first waged a war on diesel by convincing the Supreme Court to ban diesel engines bigger than 2.0-litres. When logic and a sense of justice prevailed, this order was revoked. But then in early 2016, it was the government’s turn to drop a bombshell by mandating a switch to BS6 standards for all vehicles by April 2020. The idea was to align India’s emission standards with developed markets of the world. History may view this order as a bold and noble step by a government determined to clean up the air for its citizens, but even more commendable is how auto companies and even the oil industry collectively rose to the challenge. Frankly, they had no choice.

Click here for part 2 of this story series where we explain how BS6 engines work.

Click here for part 3 where wedelve into how this shift affects buyers and various engines.