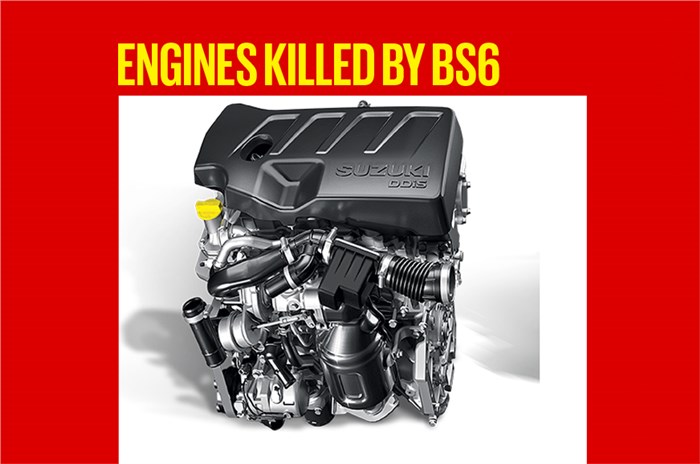 The implementation of BS6 norms marks the end of the road for many existing engines in India. We’ve listed all the engines set to go.

So what does the BS6 tech mean for you, the customer? Firstly, cars will get more expensive – especially diesels, or whatever’s left of them. A great many brilliant diesels will be gone from the market and won’t be replaced, which is a real shame. With brands like Audi, VW, Skoda, Maruti Suzuki, Renault and Nissan, you will only have a choice of petrol models. And that’s not necessarily a bad thing, because BS6 will also bring a wave of turbo-petrol engines that will put the fun back into driving. That is until the heavy fuel consumption these engines typically have begins to bite!

It’s also not a bad idea to grab a BS4 car while you still can, especially a great diesel like the Q7, Duster, or something like the Ertiga or Ciaz with the brilliant, in-house, 1.5 engine. And to answer that final, niggling question: Can a BS4 car run on BS6 fuel? Of course, it can! And so can a BS3 car, without any problems whatsoever. Worries that BS6 fuel will wear out engines faster because of its reduced sulphur (which is a natural lubricant) are completely unfounded. The reduction of sulphur has been compensated for with special additives that have double and triple molecular bonds that mix with oxygen to form a protective coat on engine parts.

Finally, BS4 or BS6? BS4 cars are cheaper, nicer to drive and less complex to maintain, while BS6 cars are future-proofed, will have better resale, and lest we forget, are better for the environment.

Among the bevy of engines that will no longer be available, some of the more notable units include Ford’s powerful Ecoboost engine – it’ll be replaced on the EcoSport in 2021 by Mahindra’s 130hp 1.2-litre mStallion turbo-petrol engine (codenamed G12). Toyota has stopped production of its 1.2-litre petrol unit that powered the Etios Liva hatchback and Etios sedan. Interestingly, Toyota's new smallest petrol engine in India comes from partner Maruti Suzuki, in the form of the 1.2-litre K12M that powers the Glanza.

The arrival of BS6 norms also marks the end of the road for some illustrious diesel engines. Renault-Nissan's 1.5 litre K9K engine that powers every model sold by the two carmakers is set to go. ‘India's national engine’, Fiat's ubiquitous 1.3-litre four-cylinder Multijet diesel is gone too. Aside from Fiat's own models, the Multijet unit powered hatchbacks, sedans, MPVs and SUVs from Maruti, Tata, Chevrolet and even Premier over the course of its life.

Maruti will become a petrol-only carmaker with the withdrawal of its in-house 1.5-litre DDiS225 diesel engine. Launched only in 2019, the engine has had a short run in the market. A BS6 version is on the cards for launch down the road.

The Volkswagen Group might bring back diesels too but come April 1, 2020, all brands under the umbrella (Volkswagen, Skoda and Audi, primarily) will have petrol-only offerings. 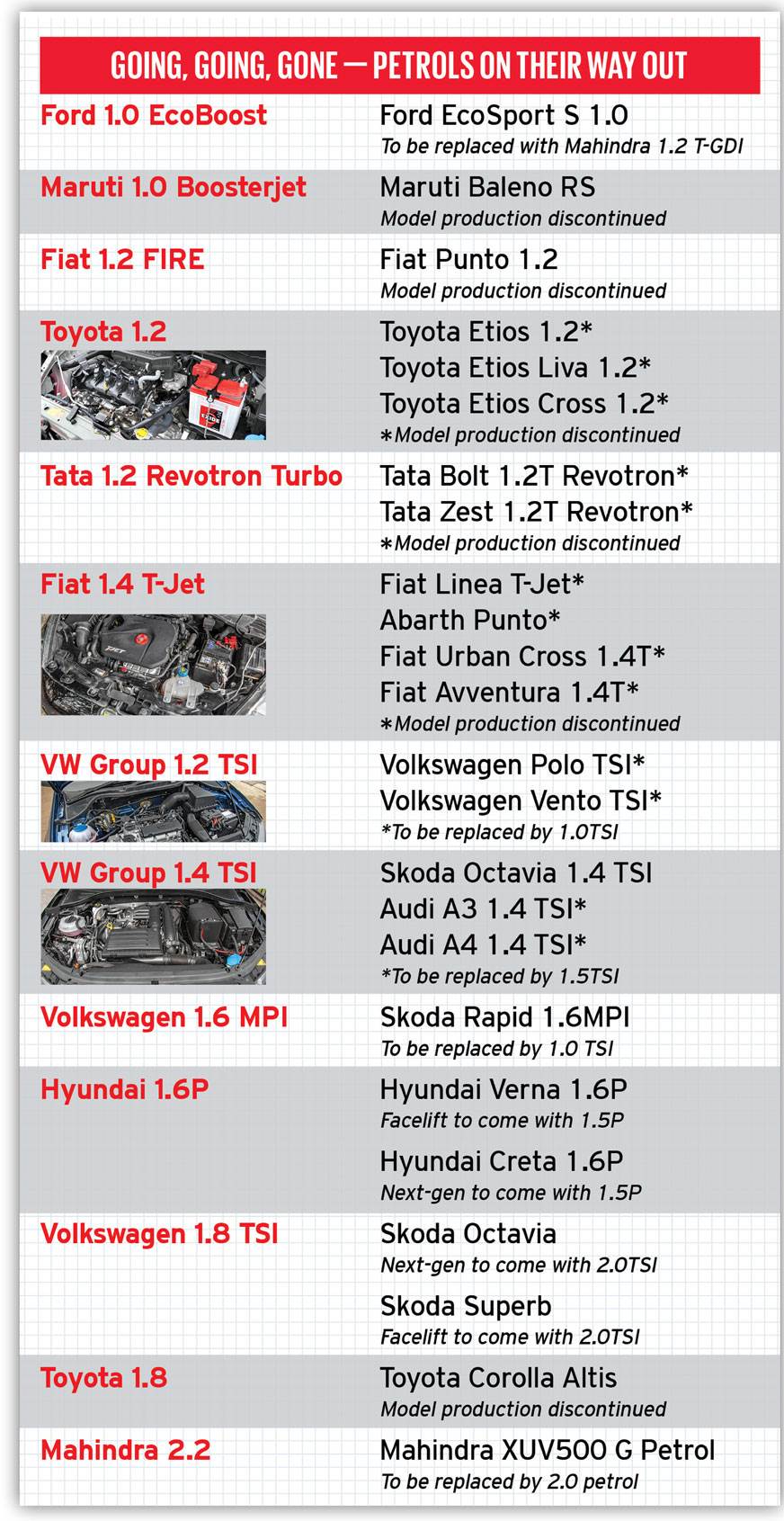