Oliver Zipse has been one of the driving forces behind BMW’s electrification programme; he replaces Harald Kruger as CEO. 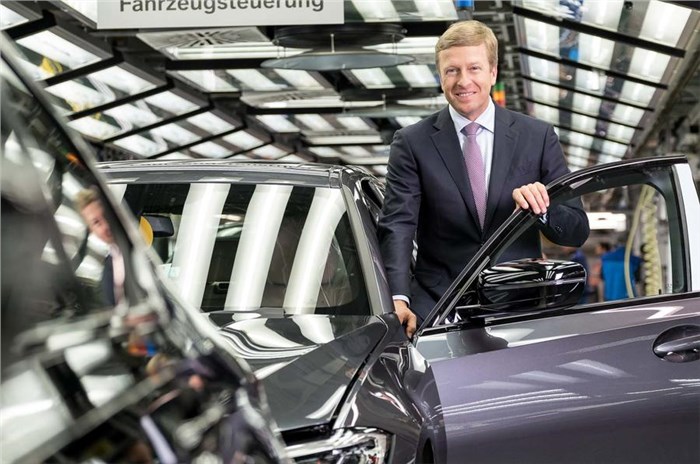 BMW has appointed Oliver Zipse as its new CEO, replacing outgoing boss Harald Krüger. Zipse – one of the driving forces behind BMW’s electrification programme - will assume his new role on 16 August. He had joined the company in 1991 as a development trainee and became a member of the board of management in 2015.

In his previous positions as head of technical planning and head of group planning and production strategy, the 55-year-old has been a driving force in BMW’s transition to electrification. He has advocated in-house component production, rather than using external contractors, as a means of conserving the company’s workforce.

He managed BMW’s Mini production facility in Oxford in 2007-2008, overseeing the increased robotisation of the plant’s production line and a significant boost in export rates.

His appointment as CEO was welcomed by the company’s shareholders, with share prices rising 1.4 percent in the wake of the announcement.

The chairman of BMW’s supervisory board, Norbert Reithofer, said: “With Oliver Zipse, a decisive strategic and analytical leader will assume the chair of the board of management of BMW AG. He will provide the BMW Group with fresh momentum in shaping the mobility of the future.”

Zipse, along with board member for R&D Klaus Fröhlich, was considered a favourite for the position when Krüger announced his plans to step down.

Krüger’s departure comes following four years at the helm. The move was not unexpected, with the 53-year-old having a series of health problems since his appointment to the position in 2015.

During his tenure, Krüger was criticised for neglecting BMW’s i electric vehicle sub-brand and was held partly accountable for a significant drop in global sales that resulted in the firm losing its long-held position as the number one premium automotive brand to Mercedes-Benz.

Reithofer expressed “sincere appreciation [to Krüger] for his many years of successful work within the BMW Group”.