The German carmaker's new flagship has been shown in camouflage and in undisguised murky preview images. 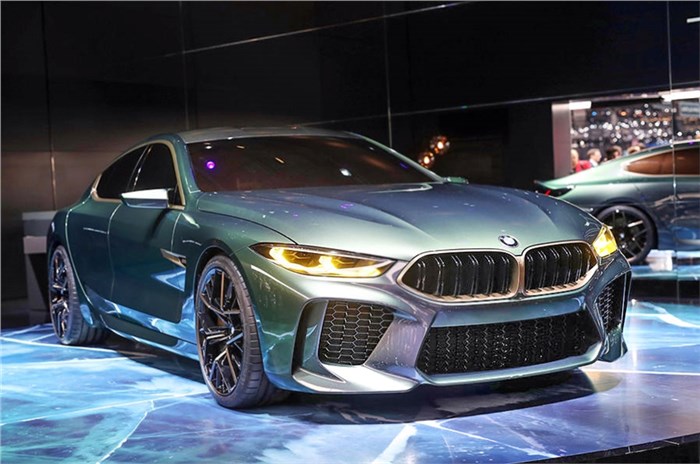 BMW will reveal the production version of its 8-series on the eve of the year's crowning endurance motorsport event – the 24 Hours of Le Mans. After several months of build-up (which included the reveal of three concept cars), the road car will arrive on June 15, 2018.

The first of these three concept cars released was the 8-series concept, which previewed the standard car. The second was the M8 Gran Coupé concept, which demonstrated the thinking behind a high-performance version.

BMW is racing a competition version of its 8-series – the M8 GTE – in this year's World Endurance Championship, of which Le Mans is the most illustrious round. Thus, the Bavarian firm's new two-door model has garnered almost unprecedented levels of anticipation and immensely high expectations.

Engineers have been testing development cars in public for more than a year, with coupé and soft-top versions caught on camera as recently as last month. BMW's latest known testing stint in Aprilia, Italy, involved final analysis of the car's chassis and powertrain settings.

BMW's rival to the Mercedes-Benz S-class coupé and Bentley Continental GT is technically related to the 7-series sedan. It will essentially be a two-door coupé version of that car – much in the same way that the 4-series and 3-series are related.

Since it is so closely related to the 7-series, it’s likely that the 8-series will share naming conventions and engines with its sedan sibling. So an iPerformance-badged plug-in hybrid will feature in the range, while the entry-level 3.0-litre, six-cylinder diesel engine found in the 730d will be used in an 830d. The 8-series line-up is also likely to include the more performance-oriented 4.4-litre V8 in the 750i xDrive, accompanied by an all-wheel drive. A V12-engined model will come later in the 8-series’ life cycle.

The most hardcore variant of the 8-series will come in M8 form, with its own more aggressive bodywork. This model is likely to be powered by an uprated version of the latest M5's 600hp, 4.4-litre twin-turbocharged V8 engine and share the same M xDrive four-wheel-drive system.

On the inside, the 8-series models will feature the same top-end technologies found in the 7-series, which include the latest and next-generation semi-autonomous functions.

The final 6-series variant, the Gran Coupé, will be superseded by an 8-series Gran Coupé. These model shifts were first set in motion when the 5-series GT replaced the 6-series GT.