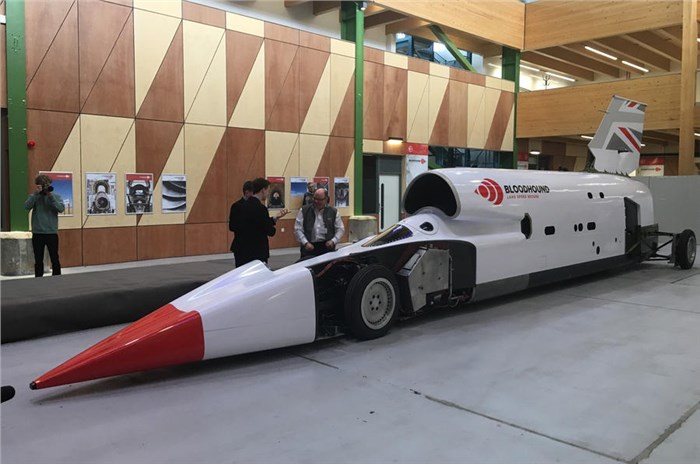 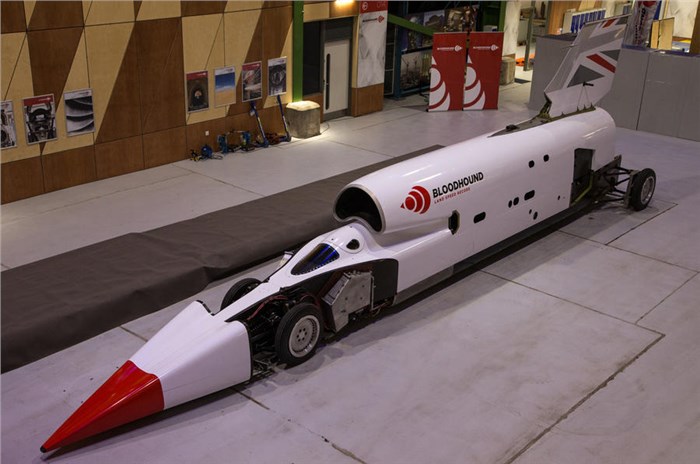 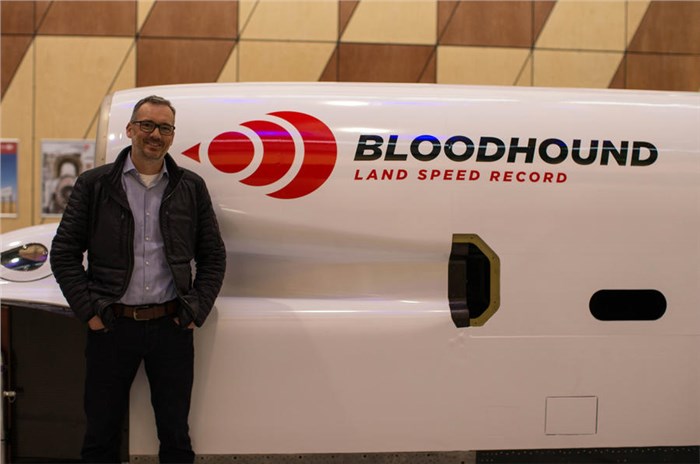 In the last few months, the Bloodhound project has been through a major ordeal. The project faced a serious crisis when it went into administration late, last year and almost got sold for parts. The project was saved at the last moment by Yorkshire entrepreneur Ian Warhurst.

The Bloodhound has been rebranded as the Bloodhound LSR (Land Speed Record), it has been refinanced, repainted and moved its headquarters from Bristol to the new premises in the SGS Berkeley Green University Technical College, in Berkeley, Gloucestershire.

The Bloodhound LSR is first being prepared for an initial series of high-speed tests in South Africa, following a number of runs at up to 200mph on Newquay Airport last year. Ian Warhurst is joined by the sdriver Andy Green and chief engineer Mark Chapman, along with most of the core team that built the car over the past decade has been retained and is already at work reinstating previously laid plans to set a new land speed record on a specially prepared track at Hakskeen Pan in South Africa, and go on to beat the 1,600kph land speed barrier.

The car sports now a brand-new livery – a red fin with a white body. This new livery is intended to encourage new investors to join the project, which will offer both title and livery sponsorships, for the first time. According to the new owners, the Bloodhound’s original yellow-and-blue livery from (what they’re now calling) the R&D phase, will still be used in photographs and videos. The team also now includes commercial director and ex-Formula One money man Ewen Honeyman, whose job will be to find new backers for the project.

Ian Warhurst has vowed to begin the high-speed testing for the Bloodhound LSR as soon as possible. According to the Yorkshire-based entrepreneur, it would be tragic to waste time and delay testing of the new car, since a lot of work and effort has gone into the project over the past decade.