Initiated to set a new top speed record of 1,000mph, it was axed due to administrators being unable to secure £25 million (about Rs 229 crore) in funding. 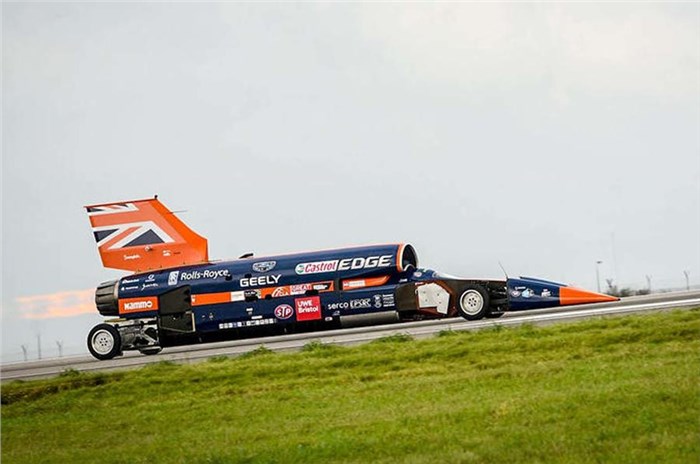 Bloodhound, the project founded by previous land speed record holder Richard Nobel and current holder Andy Green to breach the 1,000mph mark (1,600kph) has been axed due to insufficient funding. The project was initiated back in 2007.

After achieving a speed of 322kph on the Newquay Airport a year ago, the project ran out of funds and officially went under administration in October this year. Back when the project achieved its 322kph target on their 18km track in South Africa, team insiders said that the project needed around £5 million (about Rs 46 crore) to run the car at 500-600mph (800-966kph) on jet power on the same track, around £15 million (about Rs 137 crore) to achieve 800mph (1,287kph) and break the existing record, and around £25 million (about Rs 229 crore) to reach its ultimate goal of lifting the record to 1,000mph (1,600kph).

As the administrators were unable to secure funds despite being hopeful, they will now return the third-party equipment and sell the remaining assets of the company in order to maximise the return for creditors.