We take a look at the best one-off special edition Ferraris made over the past 20 years. 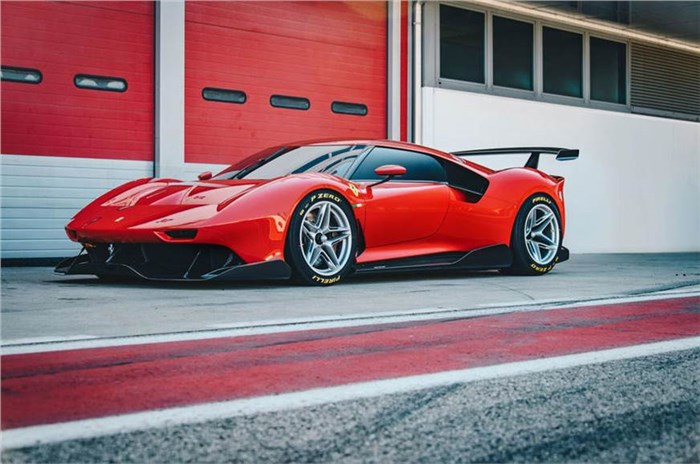 Ferrari’s latest one-off, the P80/C, has been seen powering up the famous hill-climb at the Goodwood Festival of Speed. Based on the 488 GT3 race car, the P80/C has been designed for a “connoisseur of the Ferrari world” who wanted a modern sports prototype inspired by some of the company’s great race cars of the 1960s.

But it’s just the latest in a small but perfectly formed club of Ferraris that have only been built once. Let’s take a look at them all: 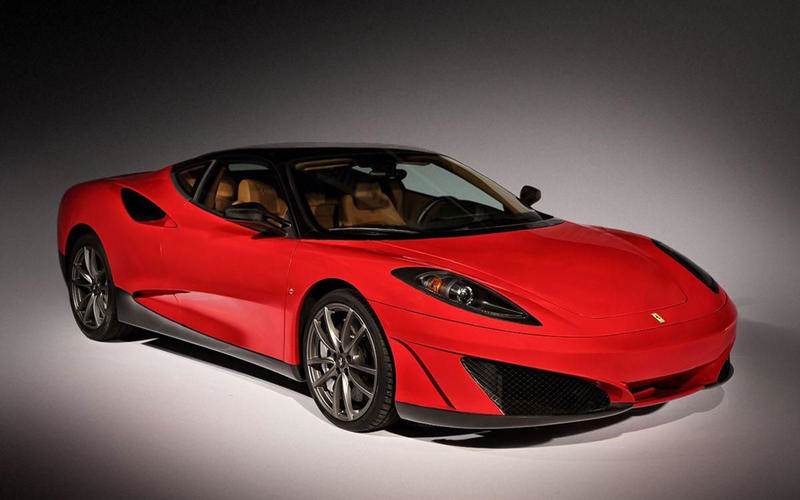 In 2008, Ferrari unveiled its first official unique car, from its Special Projects division. Called the SP1 (Special Project #1) and built for Japanese collector Junichiro Hiramatsu, the SP1 was based on the F430 and it carried that car's glasshouse and pillars over, but with all-new panelling made of carbon fibre. The design was based on Leonardo Fioravanti's 1998 F100 concept; he designed the SP1 too. 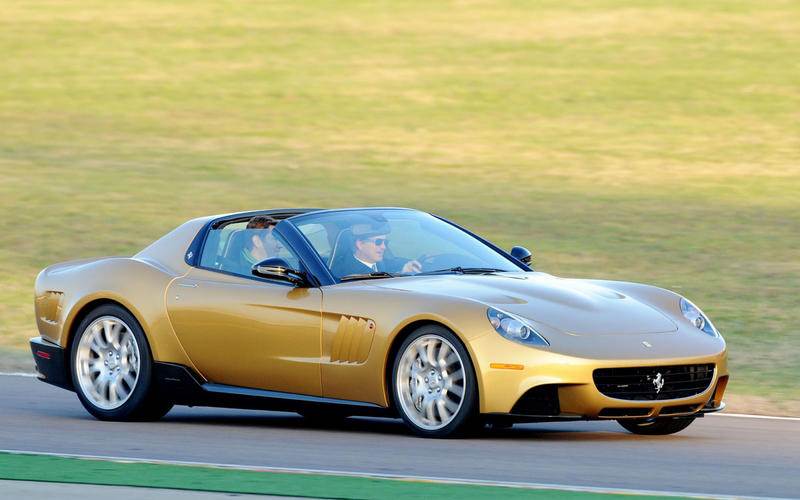 Just a year after the SP1 was unveiled, Ferrari unwrapped its next unique commission. This time it was based on the 599GTB, the lucky buyer was American Edward Walson and the inspiration came from the 1968 Ferrari-based Golden Roadster that starred in the 1968 cult film Histoires Extraordinaires. 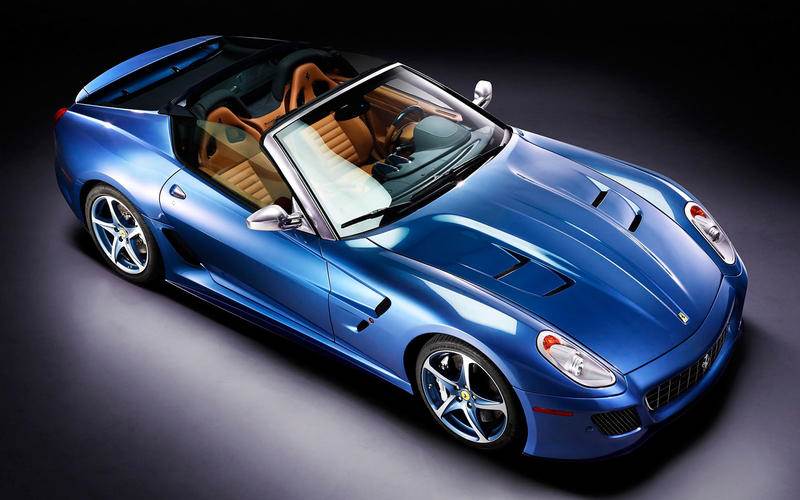 The third in Ferrari's Special Projects series, the Superamerica 45 was based on a 599GTB and commissioned by serial Ferrari owner Peter Kalikow. The car took its name from the fact that it was built to mark 45 years of Ferrari ownership for Kalikow; its most intriguing feature was a carbon fibre rotating hard top which incorporated the rear screen. The Superamerica was finished in Blu Antille paintwork, to go with Kalikow's 1961 400 Superamerica – the design of which inspired the new car. 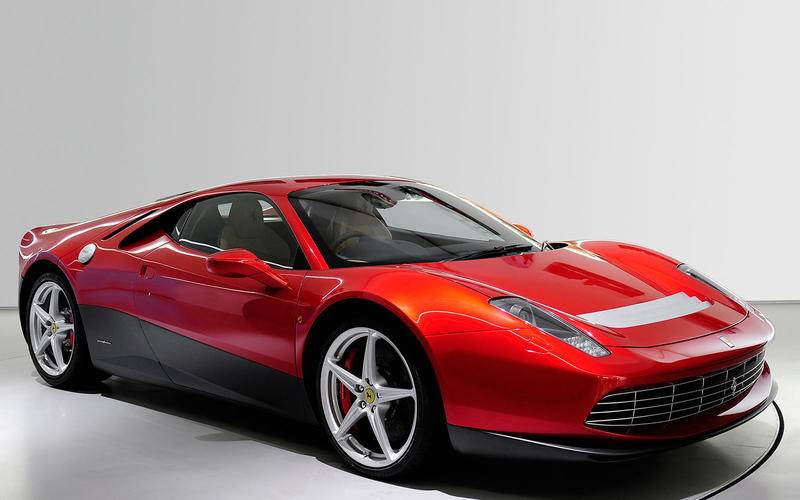 Perhaps the best-known of the various official one-off Ferraris, partly because of its celebrity owner (the musician Eric Clapton), the SP12 EC's design was inspired by the 512 Boxer's. However, there were just eight cylinders rather than 12, as the SP12 was based on the 458 Italia. 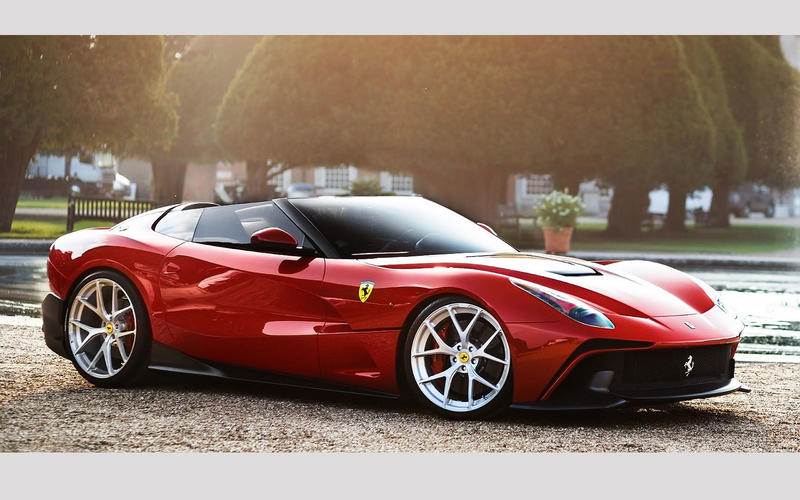 The F12 TRS was the first Ferrari Special Projects model to be based on the F12 Berlinetta, with completely bespoke bodywork inspired by the 1957 250 Testa Rossa. Strictly speaking, this isn't a one-off though, as the person who commissioned it had a second one built, with modified styling and chrome paintwork. This second car features a different nose, rear diffuser and headlights. 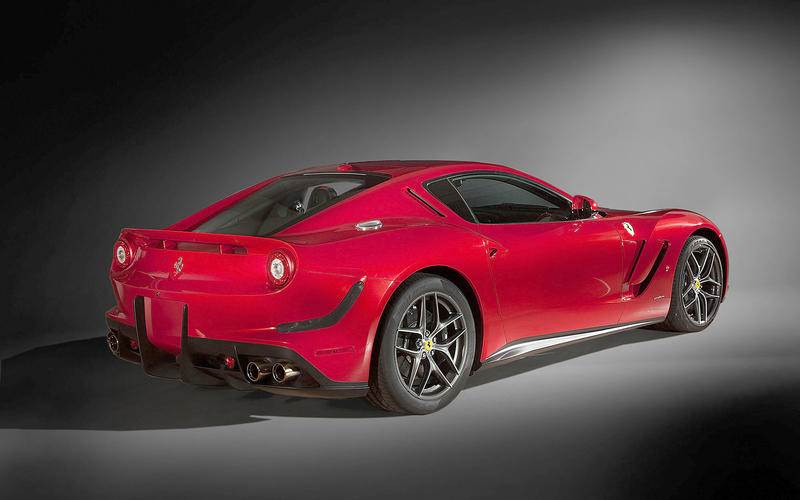 American Ferrari enthusiast Danny Wegman stumped up the necessary cash for this one, which was based on the Ferrari F12. With a design inspired by that of the ultra-collectible 250 GTO, the SP America got all-new bodywork with round tail-lights. The mechanicals were left standard, which meant a 750hp 6.3-litre V12 was in the nose. 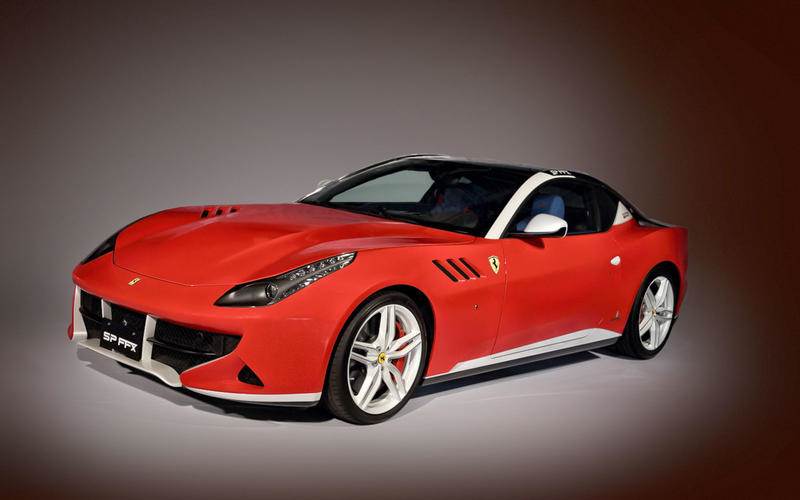 Ferrari Special Projects had a busy year in 2014, with no fewer than three unique cars being unveiled. The SP FFX was commissioned by Japanese collector Shin Okamato and while it was based on a Ferrari FF you would never guess, with the sharply cut away bodywork at the back so it looked more like a restyled F12 Berlinetta. 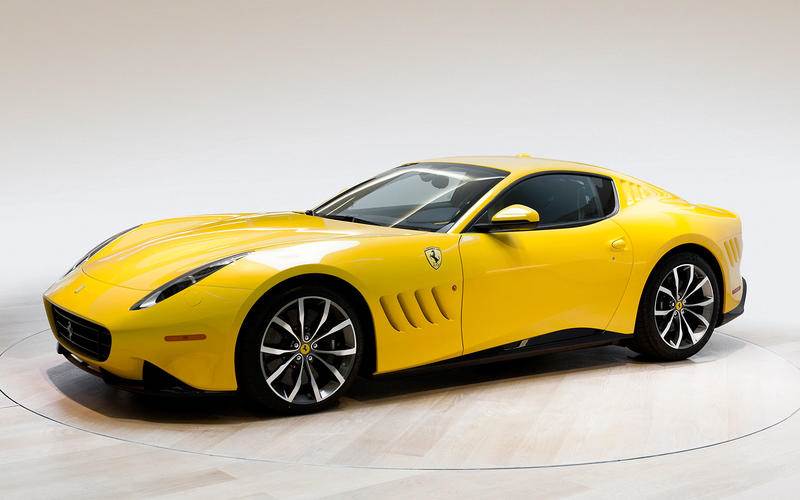 Yet another F12-based one-off, the SP 275 RW Competizione was commissioned by American dentist Rick Workman who paid around USD 3-4 million for his machine. Inspired by the 275 GTB/C Speciale that won its class at Le Mans in 1965, the SP 275 RW used the mechanicals of the F12tdf, which meant a rather handy 780hp was on tap; the 20-inch wheels were unique to this car. 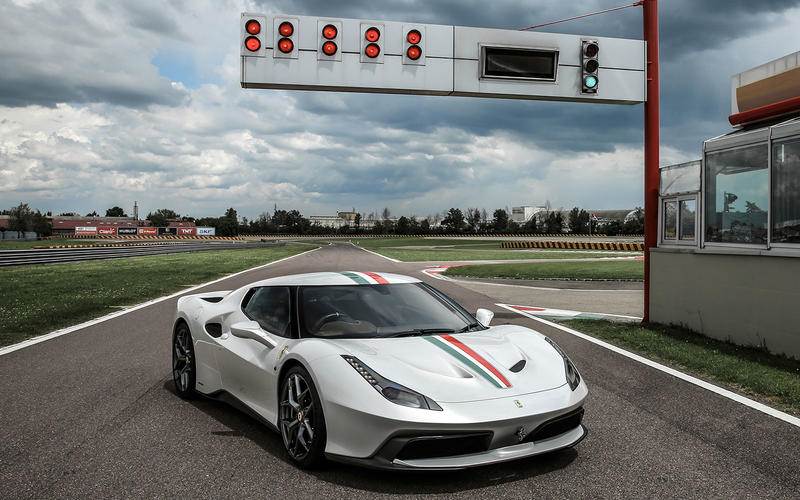 Not many official Ferrari one-offs were commissioned by British fans, but the 458 MM Speciale was. Based on a 458 Speciale, a completely new set of panels were constructed of aluminium and carbon fibre. This one-off was inspired by the 288 GTO, with its wrap-around windscreen; the paintwork was pearlescent white while the interior was swathed in dark brown leather. 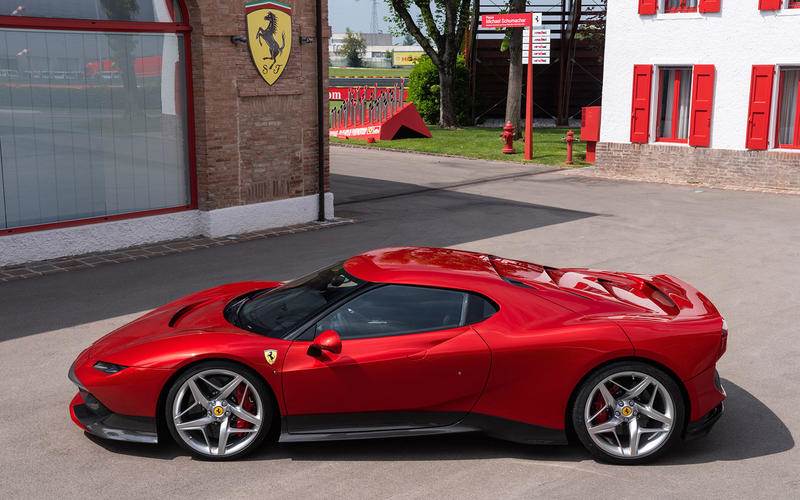 Revealed at Villa d’Este in 2018, the SP38 happened thanks to the enthusiasm of Swiss collector Ronnie Kessel, whose start point was a 488 GTB, reworked with a design inspired by the F40. The SP38 Deborah name apparently refers to a bespoke shade of red paintwork. 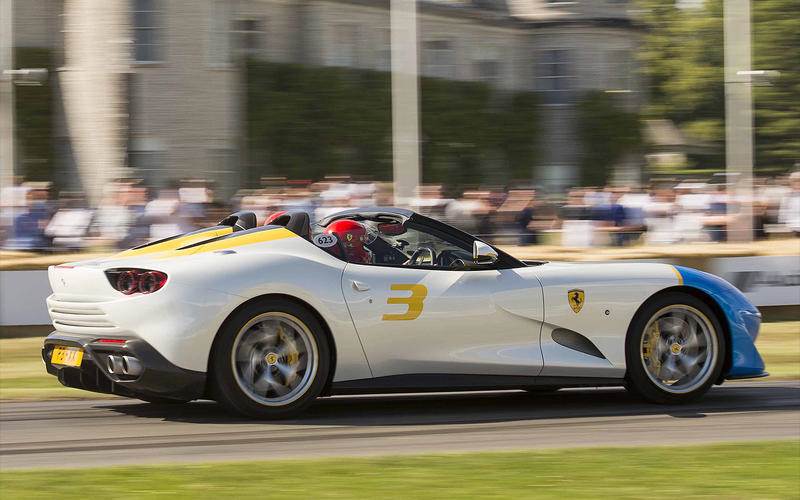 The SP3JC was commissioned by a Ferrari client and collector whose brief set out to create a pure, uncompromising roadster. It's derived from the production F12tdf. It was produced to hark back to Ferrari’s V12-engined spiders of the 1950s and ‘60s, with a colour scheme to reflect the commissioning client’s passion for Pop Art. 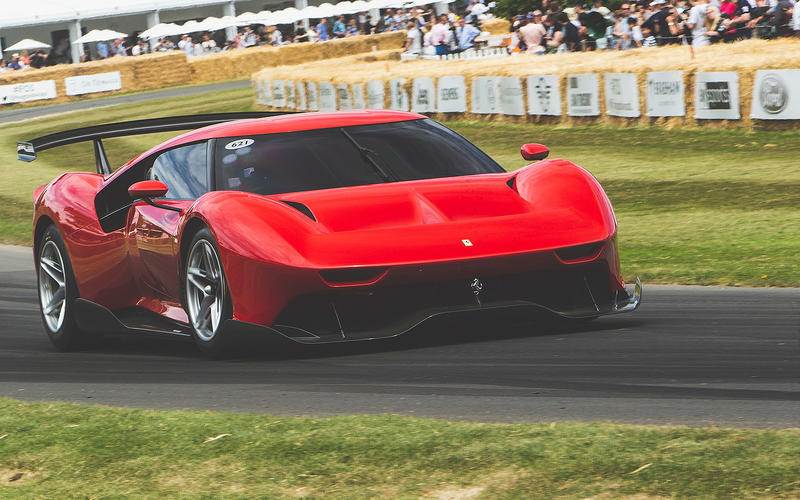 The latest one-off Ferrari has just powered up the famous hill-climb at the 2019 Goodwood Festival of Speed. Based on the 488 GT3 race car, it was developed at Ferrari's styling centre to a brief set by a “connoisseur of the Ferrari world” who wanted a modern sports prototype inspired by the likes of the 1966 Dino 206 S and 330 P3/P4.

For track use only, it takes advantage of this to have much smaller headlights, unleashing more frontal design freedom. Performance figures for the car haven't been given, but it's likely to use an unrestricted version of the 3.9-litre turbocharged V8 in the 488 GT3. In the 488 GTB, that unit produces 670hp.