Audi Q8 leaked ahead of unveil 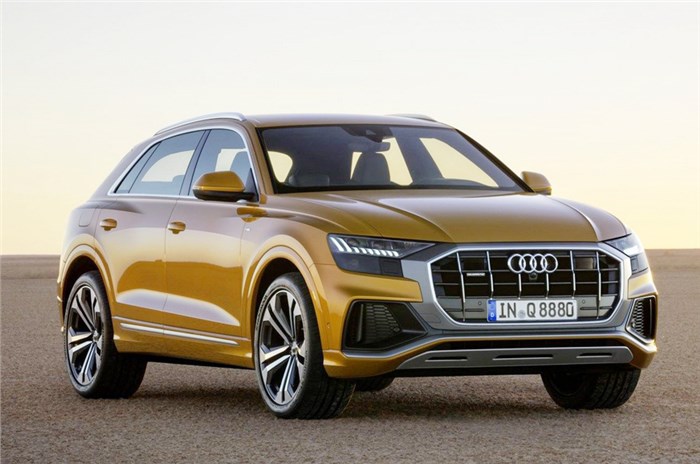 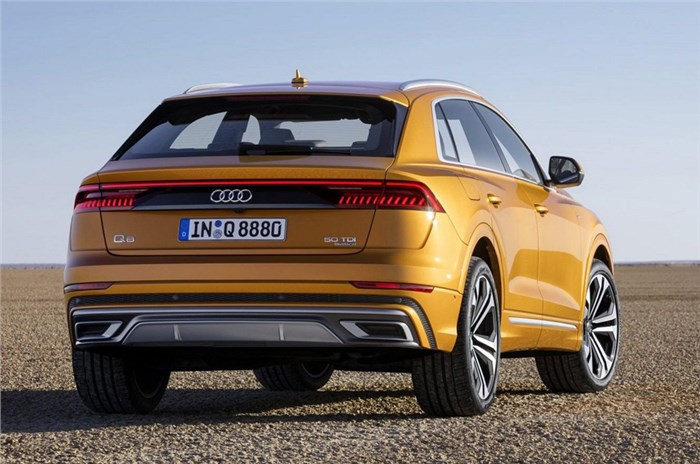 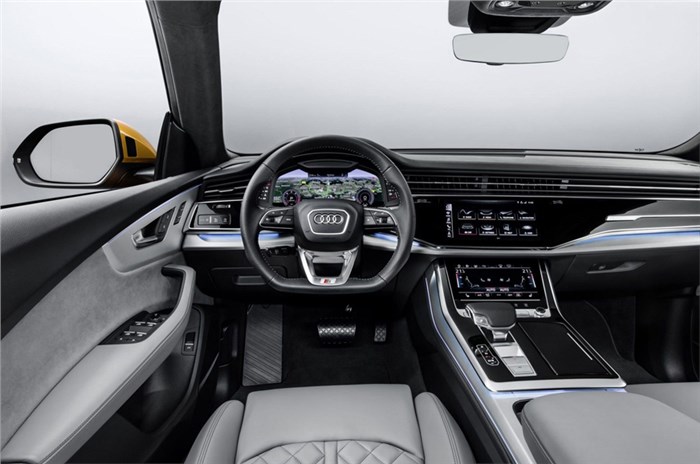 All-new SUV will be officially revealed in a few hours; we get you a first glimpse.

Styling of the Audi Q8 has leaked onto the internet, ahead of the car's official unveiling that’s set to take place later today in Shenzhen, China.

The leak, from a Portuguese news site, reveals the full styling of the car, inside and out. It adheres closely to the design set out in the Q8 concept last year, with a tapering roofline, rear light bar and large family face dominating the styling on each side.

The car was spotted on multiple occasions, including in India, in recent months providing an early and clear idea of how it'll look. An SQ8 performance variant will likely arrive next year, with styling similar to the Q8 Sport concept that followed the original Q8 concept. Much of the Q8's mechanical package will be shared with the smaller Q7.

The Q8 is one of seven new SUV models currently under development at Audi and scheduled for launch before the end of the decade. It joins the Q2 and renewed Q3 and Q5, plus a new Q1 and Q4, as well as the electric E-tron, which has recently been previewed with the announcement of its technical specifications.

Globally, the new flagship Q8 will come with an extended range of petrol, diesel and hybrid powertrains. At the entry level will be a 3.0-litre TDI. The bulk of the range is made up of new V6 and V8 petrol and diesels, while at the top of the range will be a new petrol-electric plug-in hybrid. The electrified powertrain is being developed in partnership with Porsche and is claimed to give the Q8 an electric-only driving range of up to 50km.

Among Audi’s new arsenal of options will be many of the advanced systems developed for the latest A8, such as a 48V electric system, OLED high-definition digital displays and the very latest in autonomous driving functions. As with the upcoming Q4 and Q6, the Q8 has a five-door layout, with four conventional front-hinged doors and a large liftback-style tailgate for access to its boot.

As with the Q7, the Q8 is based on the latest version of Audi’s MLB platform, here with a 2,990mm wheelbase. Reflecting the Q8’s more sporting brief, Audi insiders said it is also in line to receive track widths that extend beyond the Q7’s, which are 1,680mm at the front and 1,690mm at the rear.

As with the Q7, the body structure of the Q8 is set to make extensive use of aluminium in a bid to push lower-end models below the 2,000kg mark.

The Q8's new V6 and V8 engines come from a joint venture between Audi and Porsche that carries the internal codename KoVoMo. They are also to be used by Bentley and Volkswagen. A potent SQ8 model with the advanced triple-turbocharged 4.0-litre V8 diesel recently revealed in the SQ7 is also expected.

Inside, the Q8 will receive a reworked version of the Q7’s high-tech cockpit, featuring a more driver-oriented centre console. However, unlike the seven-seat Q7, the Q8 will be available with a five-seat layout only. As part of a comprehensive connectivity package, Audi is working on providing over-the-air updates for future incarnations of its MMI (Multi Media Interface) infotainment system. These include real-time satnav updates via the Here system being developed in a joint venture with BMW and Mercedes-Benz's parent company, Daimler.

The Q8 is scheduled to be built at Volkswagen’s Bratislava plant in Slovakia alongside the current Q7, new Porsche Cayenne and new Volkswagen Touareg, which was recently revealed.