Having launched the second-gen RS7 Sportback, Audi India is lining up more RS models for India, and the next one likely to join the range is the 600hp RS Q8 super-SUV. 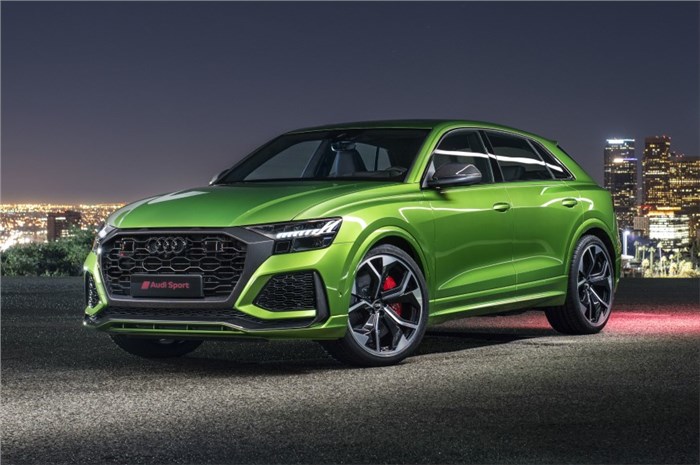 Having launched two key new models – the Q8 and A8 L – earlier this year, Audi India is focused on further strengthening its model range in the second half of 2020 with a slew of launches. The second-gen RS7 Sportback – launched yesterday – is now its fourth model on sale in India, the Q2 crossover is set for a September launch,and the company has announced the RS7 won’t be the only RS model coming to our shores this year.

“As a brand, we are focused on bringing exciting products for our customers and I am happy to share that the all-new Audi RS 7 Sportback isn’t the only RS model scheduled for 2020”, said Audi India head Balbir Singh Dhillon in a statement released during the launch of the RS7 Sportback.

Which Audi RS model will follow the new RS7?

Audi India has quite a few models to pick from its global portfolio, though the next RS model for India is likely to be the RS Q8. A go-faster version of the standard Q8, the RS Q8 super-SUV has a twin-turbo V8 engine(paired with a 48-volt mild-hybrid system) with a total output of 600hp and 800Nm of torque.It has a claimed 0-100kph time of 3.8seconds and a limited top speed of 250kph (304kph with the optional dynamic package).Power is delivered to all four wheels by an 8-speed automatic gearbox, and what deserves a mention is the RS Q8 holds the record for the fastest lap by an SUV at the Nurburgring, with a lap time of 7minutes, 42.2seconds.

The RS Q8 receives substantial changes over the standard Q8, including a revised single-frame grille, a larger air intake, a bespoke diffuser and large quad exhausts.Inside, the machine follows the trend of recent RS models with bespoke Audi Sport trim, badging and digital display settings. There are leather and Alcantara sports seats and an RS leather-covered flat-bottom steering wheel. Adaptive air suspension with adjustable ride height and controlled damping is standard, as is all-wheel steering. Expect the Audi RS Q8 – which will rival the likes of the Porsche Cayenne Turbo, Lamborghini Urus and BMW X6 M – to be launched in the coming months, at a price upwards of Rs 2 crore (ex-showroom).

Are there any more RS models in the pipeline?

In its international range, Audi has a number of other new-gen RS models available. Front runners for India include the RS5 Coupe and RS6 Avant, both of which have been part of Audi India’s line-up in the past.

The refreshed Audi RS5, which sports a few visual upgrades and is available abroad in Coupe and Sportback forms, gets a 2.9-litre, 450hp V6 under the bonnet. The all-new RS6 Avant, on the other hand,comes powered with the same 4.0-litre, 600hp mild-hybrid V8 powerplant as the RS Q8.

There’s also the duo of the new-gen RS Q3 and RS Q3 Sportback, both of which sport major styling changes over the standard Q3 (which is also India-bound) and are powered by the same 2.5-litre, five-cylinder turbocharged petrol engine that makes 400hp. While unlikely additions to the range, Audi could choose to take the ‘halo model’ approach – like Mercedes-Benz India did by first showcasing the hotter AMG A35 version of the A-class Limousine – and  bring in the performance-oriented versions of the new-gen Q3 first.

One thing’s for sure – despite the setbacks and challenges presented by the COVID-19 pandemic, Audi India is looking to close 2020 with a bang, and those in the market for a performance car will have a healthy number of options to choose from.

Which Audi RS model are you most excited to see in India? Let us know in the comments.