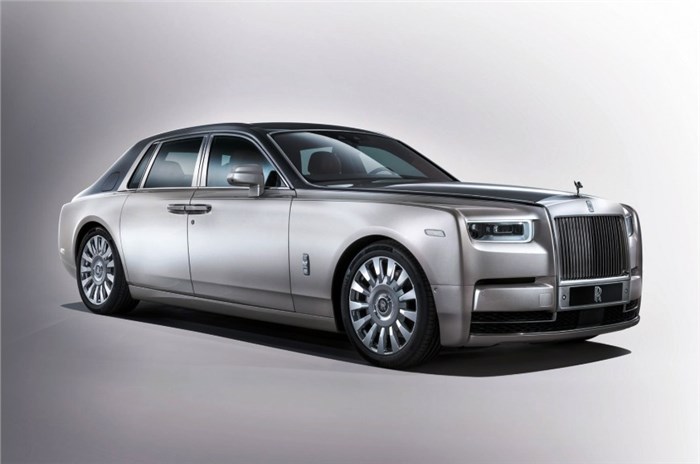 Rolls-Royce has officially taken the wraps off its all-new flagship model, the Phantom. Considered the pinnacle of the luxury manufacturer, this is the eighth-generation Phantom since the original (in development for the past six years) and is the first in a series of all-new Rolls-Royces built on bespoke aluminium spaceframe architecture. Rolls-Royce’s upcoming SUV, Project Cullinan, will also be based on the same platform.

Rolls engineering chief, Philip Koehn, claimed that the new architecture, called Architecture of Luxury, and the technology within helps to create an “unprecedented blend” of ride comfort and stability. The all-new aluminium spaceframe used by the new Phantom results in a significant 30 percent increase in rigidity over that of the previous car.

Koehn said the ‘magic carpet’ ride “has been taken to the next level”, thanks to the newly designed suspension and axles, and the stiffer body. The handling of the sedan has also been improved upon when compared to the previous-gen model. A new 48V electrical architecture has been fitted alongside chassis technology that includes active stabiliser bars to stop roll and four-wheel steering to improve stability and agility, and also reduce the turning circle.

The Phantom is 8mm higher than before at 1,646mm, 29mm wider at 2,018mm, and 77mm shorter at 5,762mm in length, with a wheelbase that is 19mm shorter than before, at 3,552mm. However, a version with a 200mm-longer wheelbase will also be offered. Interior space has remained on par with that of the current car, save for the increased headroom.

Styling boss, Giles Taylor, has strived for a “yacht-like profile” for the new Phantom, which leans back towards the rear and has lines that run rearwards from the bonnet to give a “more distinctive impression and more majesty.” The tapered, lowered rear of the car, which has LED lights, is described as having a “gentlemanly” look.

The opulent interior offers “a sense of calm and isolation,” according to Taylor. Rolls-Royce has increased the amount of technology offered in the car but has ensured it can all be hidden. “Our customers like technology but they also love analogue,” said Taylor. “The screens can all disappear.” Rolls has fitted a heads-up display as standard in order to reduce the amount of information needed to be displayed on the instrument binnacle and present a cleaner and less cluttered look.

What is most intriguing inside is a new glass fascia for the dashboard, marking the first time that glass has been used for this part of a car. In time, Rolls will allow customers to display specially commissioned pieces of artwork behind the glass on the passenger side of the car.

“We can place unique works of art behind the glass,” said Taylor. “It’s a gallery. It shows how customers can engage with the Phantom.”

The rear-hinged rear doors remain and are powered, as are the front doors. There is also a big increase in sound-deadening material used for the cabin (130kg in total) to isolate it from the outside world, with the double glazing of all windows on the car being 6mm thick. Rolls says the Phantom is 60dB quieter than the previous car at 100kph.

The eighth-generation Phantom will be offered as a saloon only. With no coupé or convertible models planned, those roles will be taken by the Wraith and Dawn. There is no word on when it will arrive in India though it will go on sale internationally in 2018.