BMW will bring the seventh-generation 3-series to India with more tech and petrol and diesel options; to rival the Audi A4, Mercedes C-class and Jaguar XE. 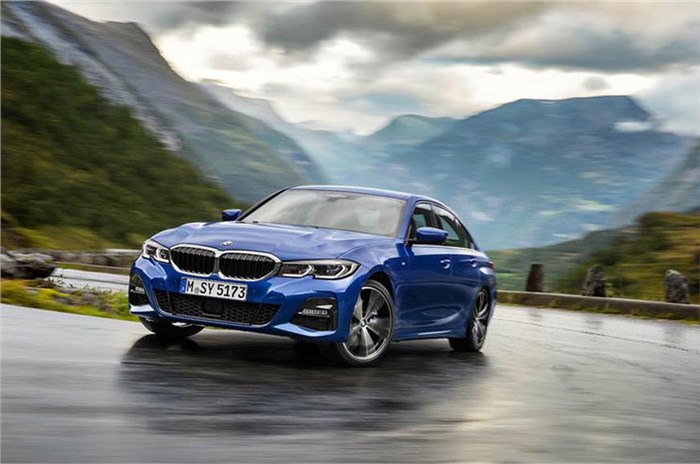 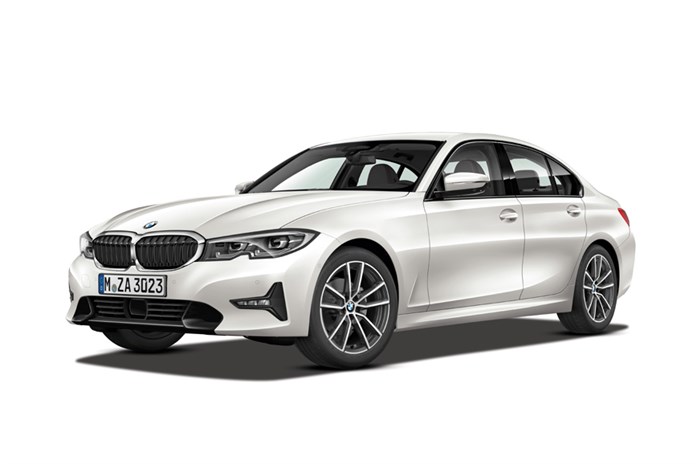 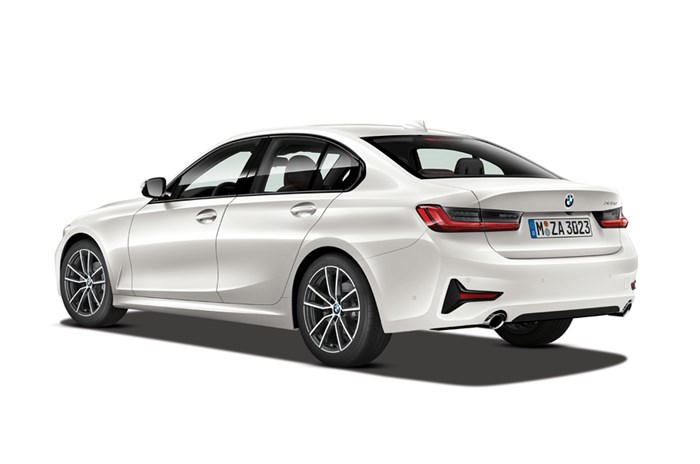 It’s larger on the outside, but interior room has remained the same. 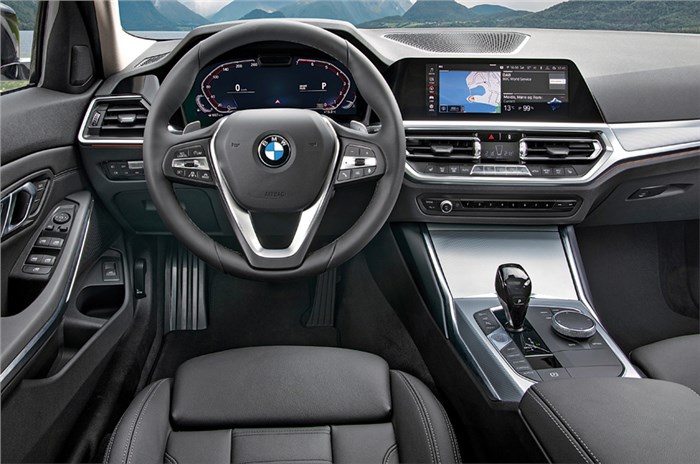 Feel-good elements include knurled finish for controls and better materials.

BMW will bring the all new 7th generation 3 Series to India around July 2019. The car, internally known as the G20 will be assembled at the company's plant in Chennai and will come powered by engines that are very similar to the current car sold here.

Underpinned by the same CLUSTER architecture as the 5- and 7-series, the new 3 is bigger, lighter and safer than its predecessor. While notably longer, it is 55kgs lighter on average than its predecessor and the body shell is now an incredible 50 percent stiffer as well. Significantly, both, the front and rear tracks have been widened and the new G20 also has a new damping system that is said to generate a lot of extra grip.

On the exterior, the basic silhouette of the 3 remains, save for a marginally elongated glasshouse, leading to a less-pronounced ‘three-box’ silhouette. L-shaped LED daytime running lights replace the round ones, the kidney grille is bigger, the thick shoulder line runs above the door handles rather than through them, and the L-shaped tail-lights are almost rectangular, which is the biggest departure from the classic BMW design. The changes add some muscle and maturity to the design while maintaining a certain degree of aggression. 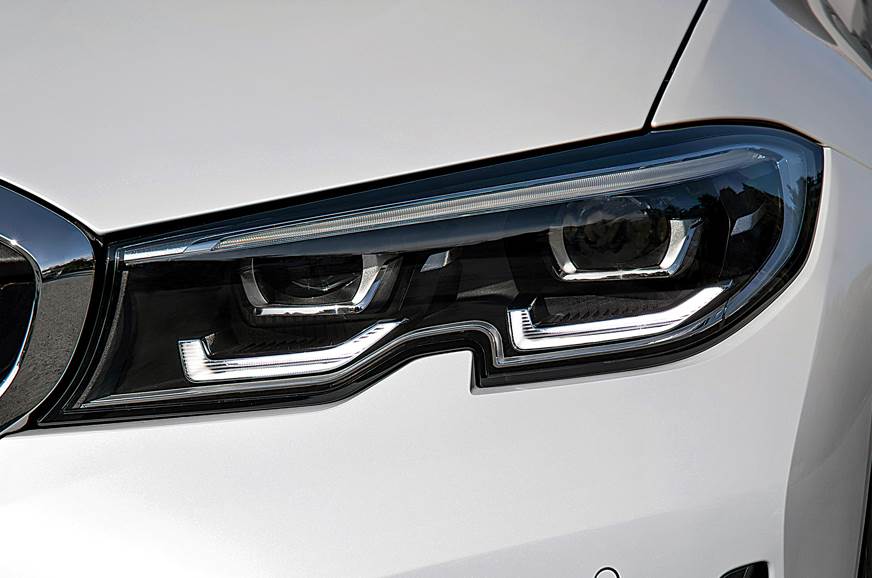 Adaptive LED headlights on offer; DRLs no longer in the iconic circular shape like before.

The current 3’s cabin is among the more spacious in its segment, but if you were hoping the increase in size would lead to an increase in cabin space, you’ll be disappointed – the new 3-series has exactly the same interior space as the sixth-gen car. BMW says customers looking for more interior space prefer to move up to a 5-series. That said, it is more practical than before, with the rear seats getting a 40:20:40 split as standard, more storage spaces on the inside and a reshaped boot – but this is also the same size as before, at 480 litres.

While the 3-series’ interior always felt well put together, BMW has tried to liven it up further on the new car. The dashboard is all new, with fewer buttons, and to add a feel-good touch, BMW has given frequently used bits in the cabin, such as the AC vents and the iDrive dial, a knurled metal finish. Better materials are used all round, and the addition of ambient lighting strips and a standard sports steering wheel go a long way in lifting in-cabin ambience. 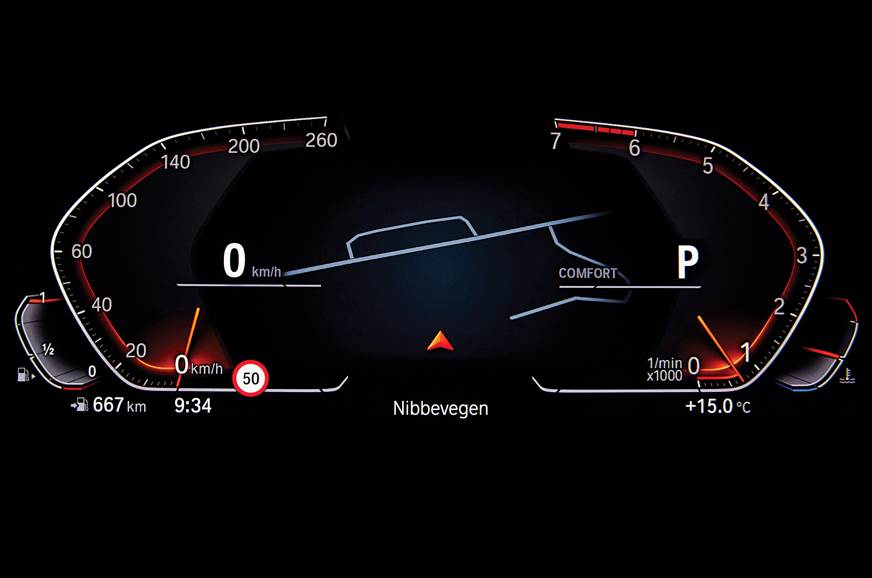 As standard, the new 3-series gets an 8.8-inch infotainment screen, with an optional 10.25-inch version. It is controlled via BMW’s latest iDrive system – the same as on the new BMW X5– which can be controlled via rotary dial, touchpad, touchscreen, voice commands or gesture control. In a first for a BMW, the car’s software can be updated remotely, so those features can be added or upgraded.

As you might expect, the 3-series’ equipment list has grown too. Even lower trims will likely get a rear-view camera, LED headlights and three-zone auto climate control. On higher variants, the car now gets a digital instrument cluster, which retains a ‘two dial’ configuration but can also display a host of other information at the centre. It’ll be interesting to see how many of these features BMW chooses to bring to India.

Apart from upping the premium quotient in the cabin, BMW has also focused on better insulating the interior. To cut wind and road noise, there’s more insulation material in the bulkhead and A-pillars, and also a double-glazed windscreen. 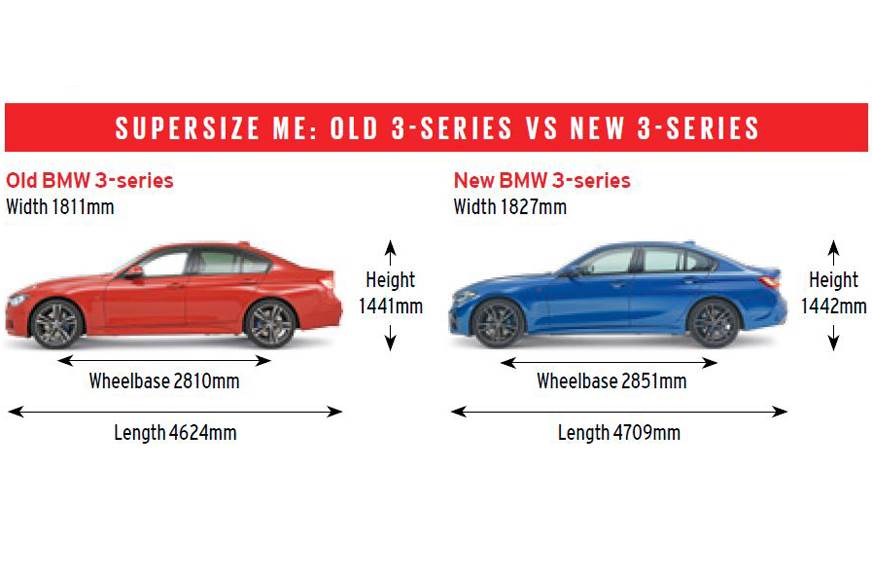 For India, BMW will carry on using the current car’s engine options – a 2.0-litre turbo-petrol in the 330i, but with a bit more power and torque - now up to 258hp and 400Nm, and a 2.0-litre diesel producing 190hp and 400Nm. Also making the transition is the 8-speed automatic gearbox. BMW claims the new 3-series will be more fuel efficient, thanks to aerodynamic refinements. Also available in international markets will be a plug-in hybrid variant, with 56km of pure-electric range, and a 265hp, six-cylinder diesel variant; but these are unlikely for India.

When it is launched next year, the new 3-series will take on the C-class, A4, XE and the upcoming Volvo S60, and is expected to sport a small hike in price. Expect the range to start at Rs 41 lakh for the base diesel, and go up to Rs 48.5 lakh for the top-of-the-line petrol. 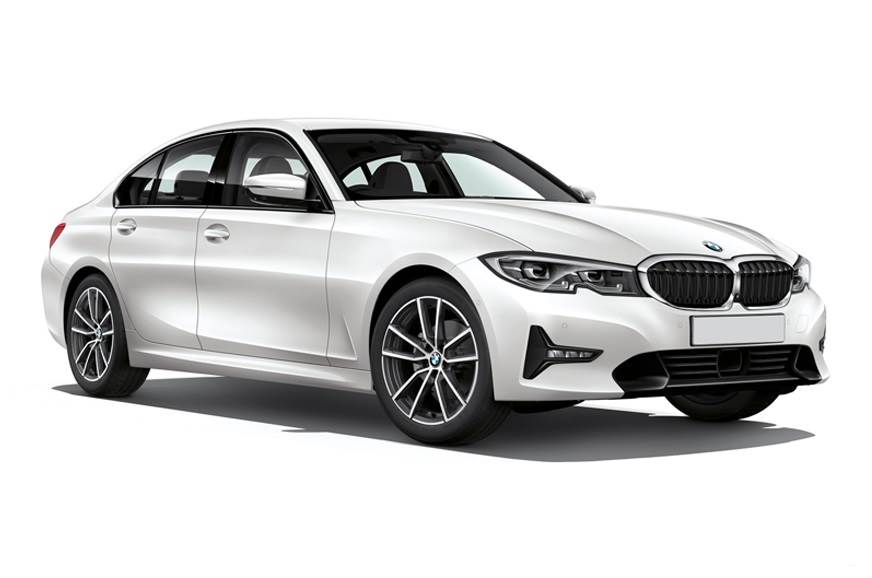 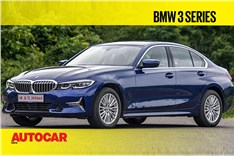