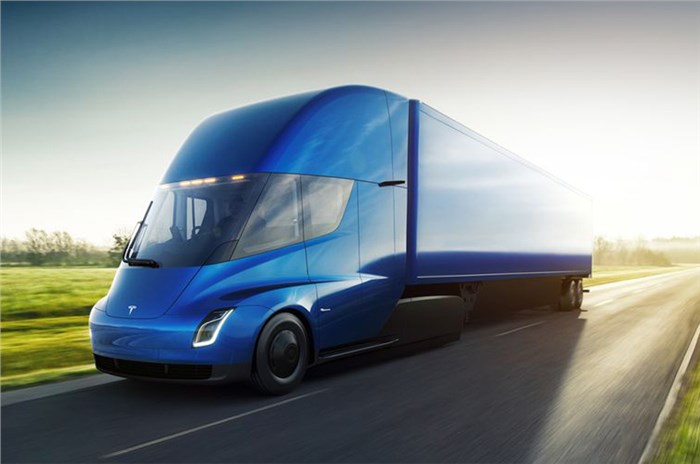 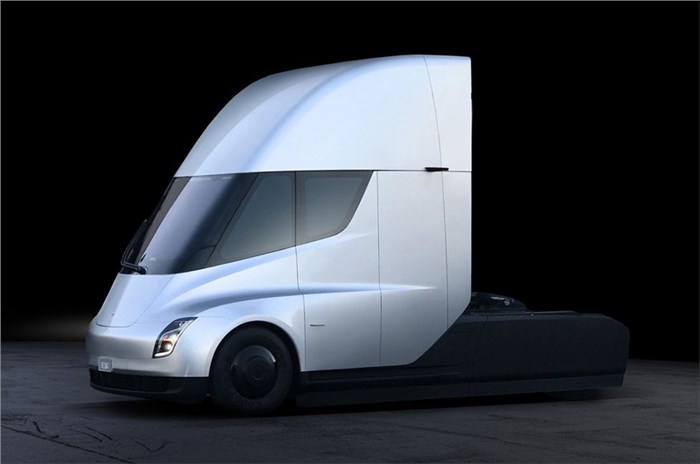 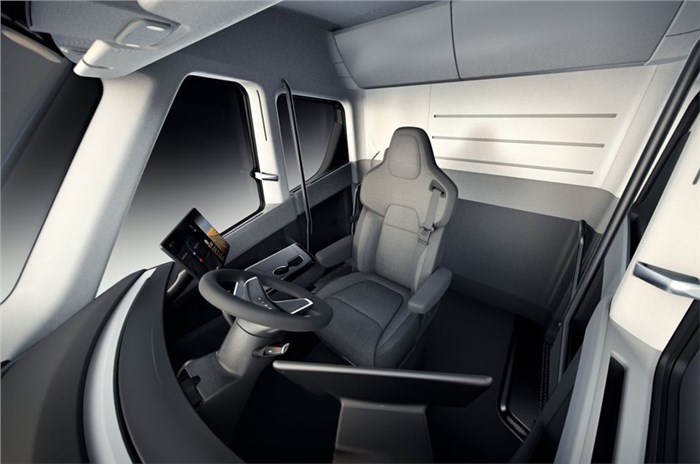 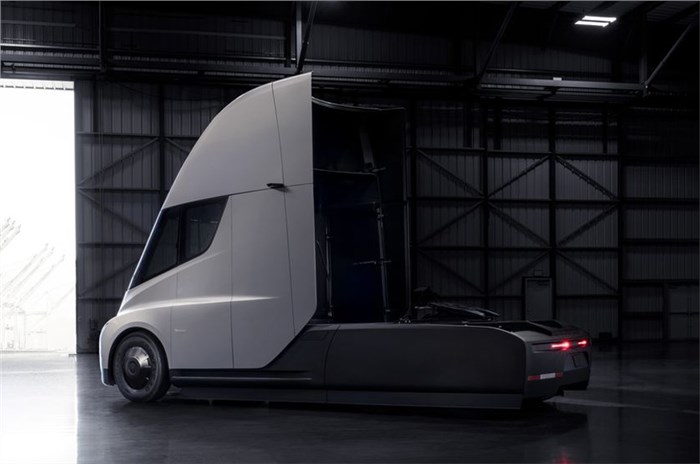 Tesla founder Elon Musk claims it is safer, can go further and is more powerful than a comparable diesel truck.

Tesla has begun its foray into the commercial vehicle segment with its new Semi truck. The American electric vehicle manufacturer’s head, Elon Musk has called it the future of trucking.

Musk said at the unveiling that the powertrain in the truck is “guaranteed not to break down for a million miles, a number which equals more than 40 trips around the earth!" He also claimed that it is more aerodynamic than a Bugatti Chiron with a drag coefficient of 0.36.

Without a trailer hitched, the Semi is capable of hitting 96kph in 5 seconds and will be able to do the same run in 20 seconds even with a 36-tonne (80,000-pound) load. Tesla claims that a comparable diesel-powered truck does the 0-96kph sprint in about 15 seconds and takers a full minute to do it with the same load.

The manufacturer also claims that the Semi is capable of climbing a 5 percent grade at a steady 105kph, whereas a diesel truck maxes out at 72kph on the same. The clutch-less electric truck recovers 98 percent of kinetic energy thanks to regenerative braking and is claimed to be more responsive, able to covers a larger distance than a comparable diesel truck in the same amount of time, and be safer thanks to integration with passenger car traffic.

The cabin of the Semi is focused around the driver and features unobstructed stairs for easier egress and ingress, full standing room on the inside and a centered driver position for better visibility. Two touchscreen displays mounted on both sides of the driver provide access to navigation, blind spot monitoring and electronic data logging.

The Semi comes with built-in connectivity that integrates with a fleet’s management system to aid in routing, scheduling and to monitor remotely. Current diesel trucks require third party devices for similar functionality.

Tesla has also used Megachargers, a new high-speed DC charging solution, on the Semi. It is claimed to add about 644km of range in 30 minutes and can be installed at origin or destination points and along heavily trafficked routes, enabling recharging during loading, unloading and driver breaks.

Underpinned by new all-electric architecture that is designed have a higher safety standard than any other current heavy-duty truck, the Semi comes with a reinforced battery mounted low, providing a low centre of gravity. The windshield is made of impact resistant glass.

A set of on-board sensors that detect instability and react by re-distributing torque to each wheel helps to prevent jack-knifing. Cameras all around the body help to detect objects and minimise blind spots by alerting the driver to safety hazards and obstacles.

The Semi also features some of Tesla’s autonomous tech including automatic emergency braking, automatic lane keeping, lane departure warning and a function that will allow the truck to autonomously travel in a convoy by following the vehicle ahead.

As the battery-powered truck has fewer moving parts than a diesel truck, it is claimed to require less maintenance. Its battery is similar in composition to the batteries of Tesla energy products and is designed to support repeated charging cycles for over a million miles, while its motors are derived from the motors used in Model 3 and have been validated to last more than one million miles under the most demanding conditions.