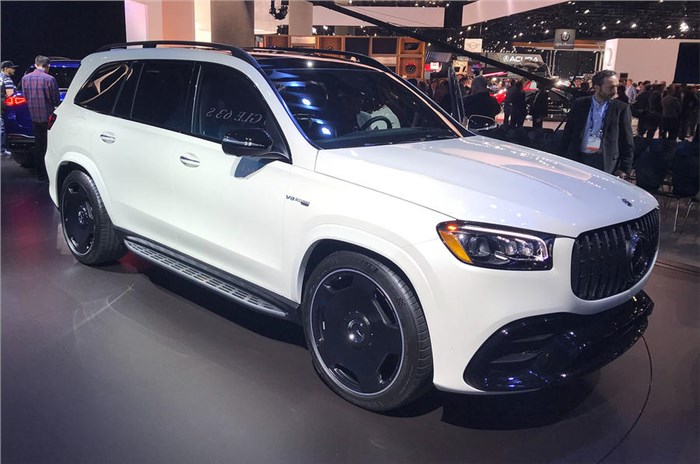 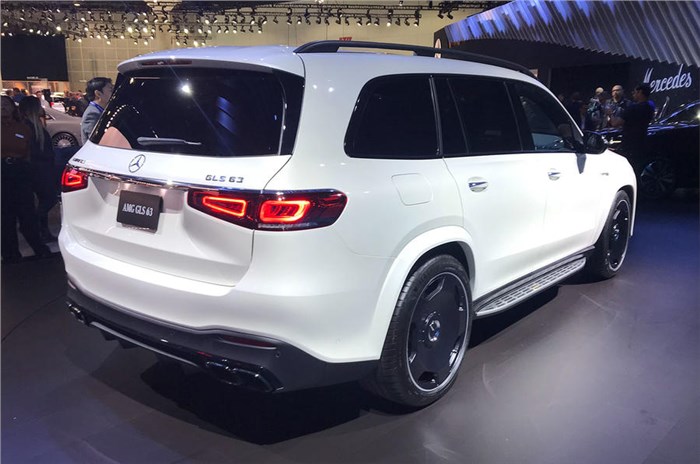 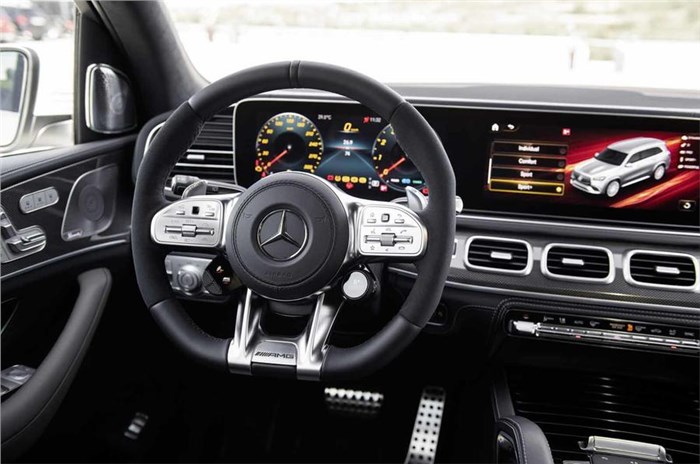 Mercedes-AMG has revealed its new flagship performance SUV, the mild-hybrid 611hp GLS 63 4MATIC+, at the 2019 Los Angeles motor show. As per Mercedes-AMG’s CEO, Tobias Moers, as a vehicle for customers “not willing to accept compromises when it comes to versatility, effortless superiority and spaciousness” the GLS 63 has been revealed ahead of going on sale globally early next year.

Power for the range-topping seven-seat SUV comes, from AMG’s 4.0-litre twin-turbocharged V8. Here it’s supplemented by an integrated ‘EQ Boost’ starter-alternator offering up to 22hp and 250Nm of torque on its own, while supplying 48V for the electrical system.

The result is 611hp and up to 850Nm, enough to take the BMW X7 rival from 0-100kph in a claimed 4.2 sec and on to a top speed limited to 250kph (280kph if you opt for the AMG Driver’s Package). Power is put through a 9-speed automatic gearbox, which features multiple modes to tailor the smoothness or speed of shifts, while the fully variable four-wheel drive system allows up to 100 percent of the power to be sent to the rear wheels when required.

The AMG Ride Control+ air suspension system is standard fitment, with a unique tune for the GLS 63, and three-mode adaptive damping for a better balance of comfort and dynamics. In Comfort mode, the GLS is not lowered until it hits 120kph, where it drops by 10mm, while in Sport and Sport+ modes, the model is lowered by that amount from the get-go.

The model’s interior architecture remains the same, but there’s a load of new AMG lettering and badging, plus sports pedals and AMG specific instrument menus.

Mercedes revealed the new GLS earlier this year - the model is underpinned by the company’s Modular High Architecture (MHA) platform and has grown in both size and luxury compared to its predecessor. The carmaker is expected to launch the new generation of its flagship SUV in India sometime next year. As with the current GLS, the new flagship will be offered with a pair of 3.0-litre petrol and diesel engine options. Expect the AMG model to arrive in India at a date after the launch of the new GLS in India.

Aside from the GLS, Mercedes is also expected to launch the new GLE and the all-new GLB SUVs in India in 2020.