The 2019 ESF is based on the upcoming new GLE SUV; gets a long list of innovative safety tech. 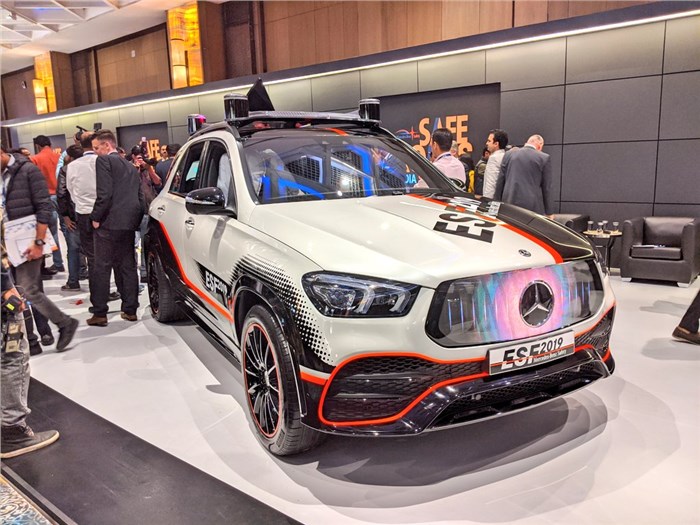 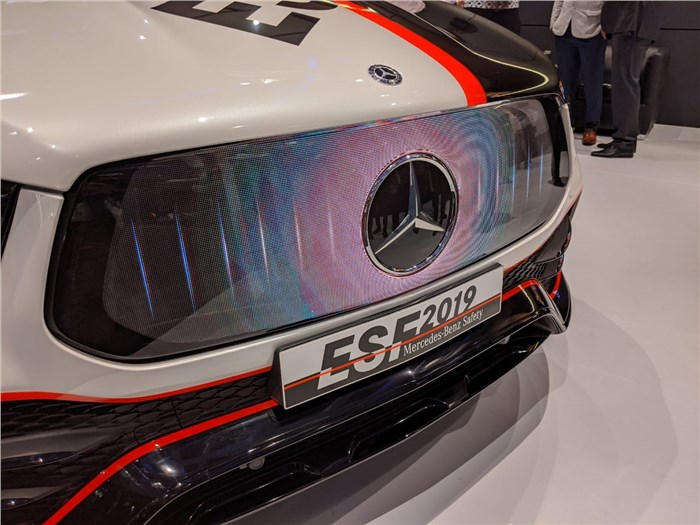 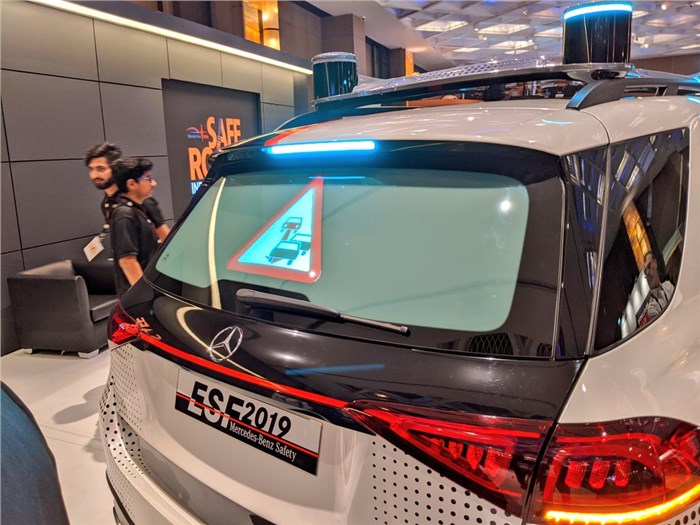 Mercedes took the wraps off its latest research car, the ESF 2019, in New Delhi. The model was showcased at the second edition of the Safe Roads Summit India that also had Nitin Gadkari, Honourable Minister for Road Transport & Highways of India, Minister of Micro, Small and Medium Enterprises, Government of India, present.

Coming back to the ESF 2019, the research vehicle first made its debut earlier this year at the Frankfurt motor show. The 2019 model is based on the new Mercedes-Benz GLE SUV that’s equipped with autonomous tech and powered by a plug-in hybrid system. It also boasts innovative safety features inside, and an exterior that can warn fellow drivers of potential hazards. It gets multi-coloured lights, projective panels and a warning triangle robot. The vehicle is designed to be intuitive in order to provide safety benefits not just to its passengers, but also for the surroundings.

Additionally, when the vehicle is in fully-automated mode, its steering wheel and pedals can be retracted in order to reduce the risk of injury in the event of an impact. The airbags and head restraints feature alternative installation spaces, which means the driver airbag is located in the dashboard and the integral side airbag is positioned in the side bolsters of the seat backrests. The car also comes with a Pre-Safe Child system, which preventively tensions the seat belt and extends the side-mounted impact protection elements before a crash.

The ESF 2019 is also equipped with a rear airbag that has a new inflation concept and Active Brake Assist. The first uses a belt tensioner to warn the driver that they might have underestimated an approaching bend (Pre-Safe Curve), while the Pre-Safe Side Lights with electro-luminescent paint can “defuse potentially hazardous situations.” Aside from the new rear airbag, rear seat passengers also get belt-feeders, belt buckle illumination, USB belt buckles and belt heating.

The ESF 2019 replaces the S-class-based ESF 2009 (also showcased in India) that had innovations like a belt bag, Pre-safe Impulse and Side and Active beam assist, all of which made their debut in production Mercedes Benz vehicles.

Mercedes-Maybach GLS to debut on November 21