Mercedes-Maybach GLS to debut on November 21

All-new Mercedes-Maybach GLS will make its public debut at the 2019 Auto Guangzhou motor show in China. 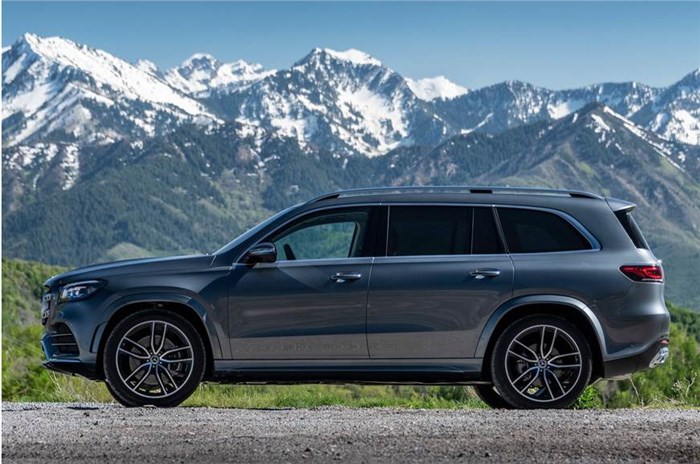 Mercedes-Benz is set to reveal its ultra-luxurious Maybach GLS at the upcoming 2019 Auto Guangzhou motor show in China on November 21, 2019. Based on the standard GLS, the Maybach SUV will share much of its exterior styling with its standard sibling; the cabin will be heavily reworked to offer a more upmarket and luxurious feel.

On the design front, the Maybach GLS will get some unique design touches inspired from previous Maybach concepts. Design changes over the standard SUV are expected to include a new grille, unique headlight and tail-light graphics, as well as added chrome and individual wheel designs to give it a more regal appearance.

Mercedes has said its new Maybach SUV will offer “state-of-the-art technology, exceptional comfort and the Maybach design philosophy” and be a hallmark of the brand’s luxury experience. The carmaker has also said that it will offer “plenty of space for first-class front and rear compartments.” Unlike the standard seven-seater GLS, the new Maybach is expected to offer individual seating for four as standard, with a five-seat layout being available as an option. The SUV is also expected to sport unique graphics for the infotainment system and the digital instrumentation.

Among the engines likely to be offered by the future range-topping GLS model is Mercedes-Benz’s twin-turbocharged 4.0-litre V8 petrol mated to a standard 9-speed automatic gearbox, with both 4Matic four-wheel drive and Air Body Control air suspension due to be standard. There are also reports of a 6.0-litre, V12 twin-turbocharged flagship being in the works, though this is yet to be confirmed.

Following its debut in China later this month, the Maybach GLS is expected to go on sale globally in the first-half of 2020. For the Indian market, there is yet no confirmation if and when Mercedes will launch the Maybach GLS. When it arrives here, it will rival the Bentley Bentayga and the Rolls-Royce Cullinan which are already on sale.